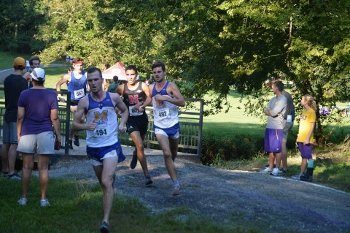 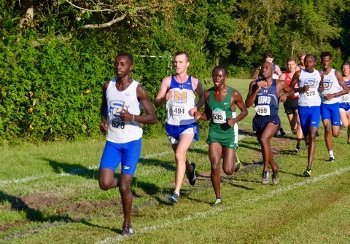 After a 2 year absence from the Cross scene, Damian was back in action for the Cowboys of late having already completed two early season meets. Yet another injury plagued summer season seems to have been quickly forgotten this time around, by the 21 year old, after some early performances seeing Damian post vital points to the scoreboard for McNeese on both occasions despite only being back to fitness for little more than 4 weeks!

As is customary the Cowboys opened their season at home over 4,000m on a Friday evening back on August 31st. Having completed a tempo workout early that morning the new and rejuvenated young team, (having graduated all 4 scoring Seniors from the previous season) showed themselves respectably, if maybe a bit out of breath from the days heavy workload. Bunching closely and finishing together in 10, 12, 13, 15, 16, 17 and 18.  Damian finished 13th on the day in a time of 13:08 after one of the smartest races of the day, coming right from the back over the first kilometre and moving up consistently throughout the race to finish strongly. McNeese finished 3rd in the team event behind Southeastern Louisiana and Louisiana-Lafayette.

Last Saturday, September 15, saw the team, somewhat weakened and altered due to a combination of illness, injuries and returners, travel to LSU (Louisiana State University), in the State Capital of Baton Rouge. with a ’short’ pitstop on the side of the interstate highway no less ……….just what we need a blow out on the way!!!! 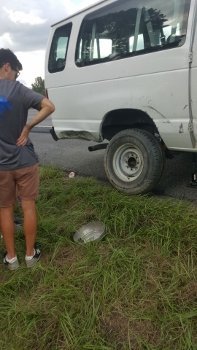 With many of the same teams from the previous meet and the addition of the remaining in State Conference rivals, this was to make for a good test for the young squad at this stage of the season. A step up from the previous outing to 4 miles (6,400m), proved showing with a change-up in the finishing order from the Cowboys despite being fresh for this run. Damian rounded out the team scoring on this occasion in 17th, as the number 5 McNeese man, in a time of 21:35 with a similar performance to his last run out, coming through from the back of the field to finish strongly. The team still bunched quite well even considering the addition of other competitive teams. Finishing individually in 3, 11, 14, 15, 17 and 23 this time around to place Second(60) overall team behind again Louisiana-Lafayette(54) in poll position but ahead of Southeastern Louisiana(76) in Third.