May seems to be the new July in Ireland!  In fantastic weather 312 athletes turned up to take us to the half way point in this years series.

Conor Maloney ran excellently to break Brian O'Connor's grip on the winners spot.  Conor finished in 16:18 and from the pictures along the way seems to have pushed it hard from the start to avoid having to deal with Brian's finishing kick.  Timmy Glavey continued his improvement coming in 3rd ahead of Craughwell's usual top man – Martin Corcoran.

There was no shaking Regina Casey's hold on the women though – she ran an awesome race again to come home in 17:49, pipping Ann Carter by over a minute.

There was a slight mix-up with the timings so unfortunately we only have times for the runners who broke 30 minutes – apologies for that – we have promptly ordered a new timer so it definitely won't happen again.

Thanks to everyone who came and took part and here's to next week's adventure in Claregalway! Click Read More for full results

If you scroll to the same point in the video above as in the Video Column, you should see a blurry version of yourself finishing the race after a second or two. 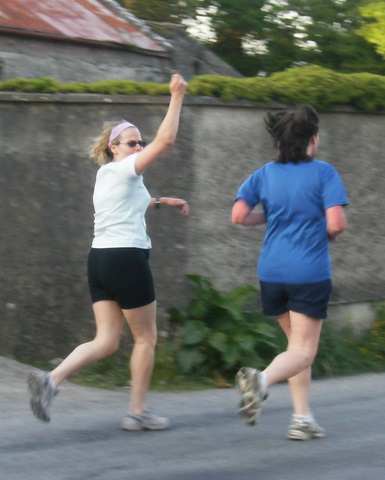 Liz and Bernie wave to the cameras 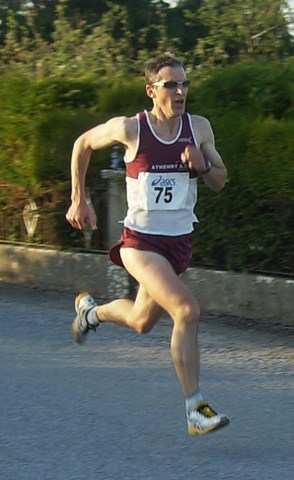 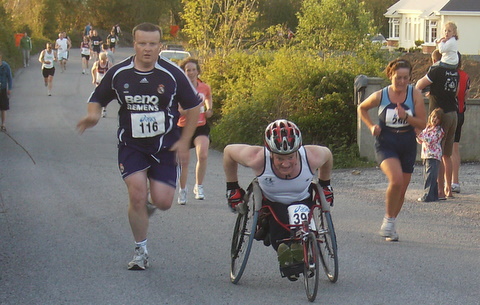