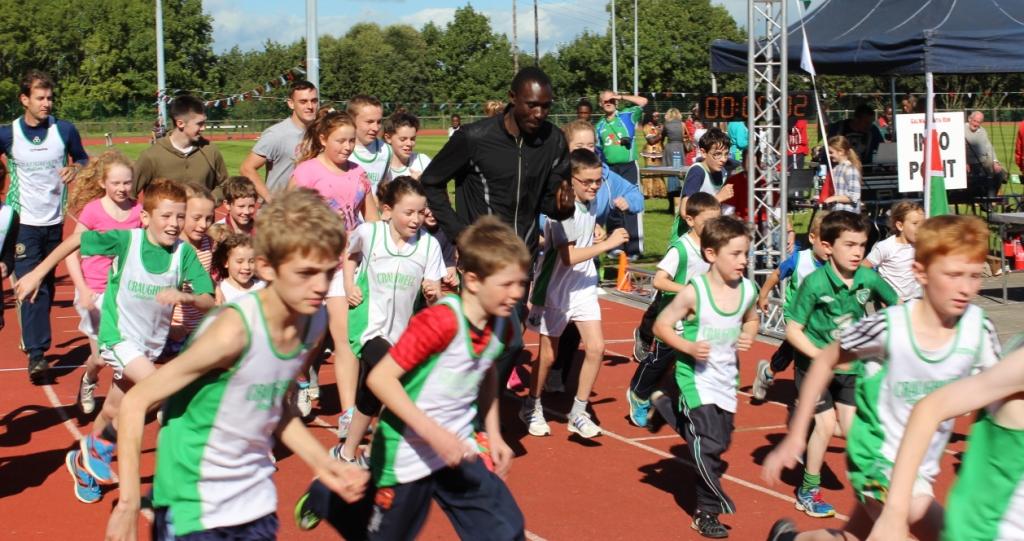 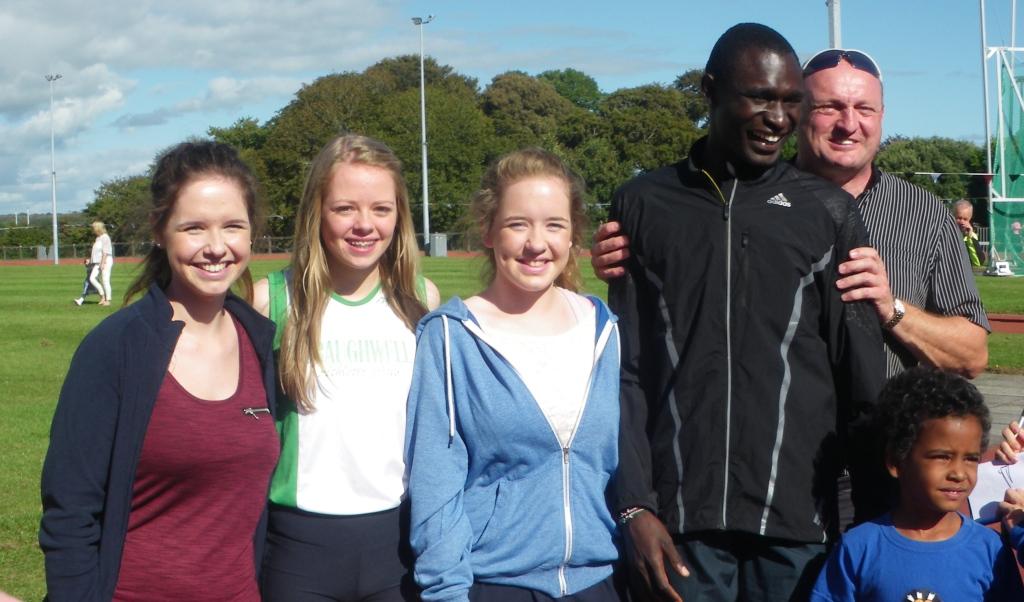 It was a special special day for many members of the club at the Galway Kenya Run in Dangan last Saturday where Olympic 800m Champion and World Record Holder, the legendary David Rudisha spent the day along with his equally famous coach Brother Colm O’Connell.

The event was organised by a number of charities led by Ronan Scully together with the Galway Kenya Association and Richard Donovan of the North Pole Marathon. The organisers deserve huge credit for organising a fantastic showcase day for athletics with two such legends of the athletics world.

The place was packed with members of Craughwell AC who swarmed around the Olympic Champion at every opportunity. Age didn’t matter here, both young and not-so-young were queuing up to get a picture with the great man or get his autograph. We will have to order a large batch of new singlets such were the amount of singlets that the man signed and that won’t ever be washed again! 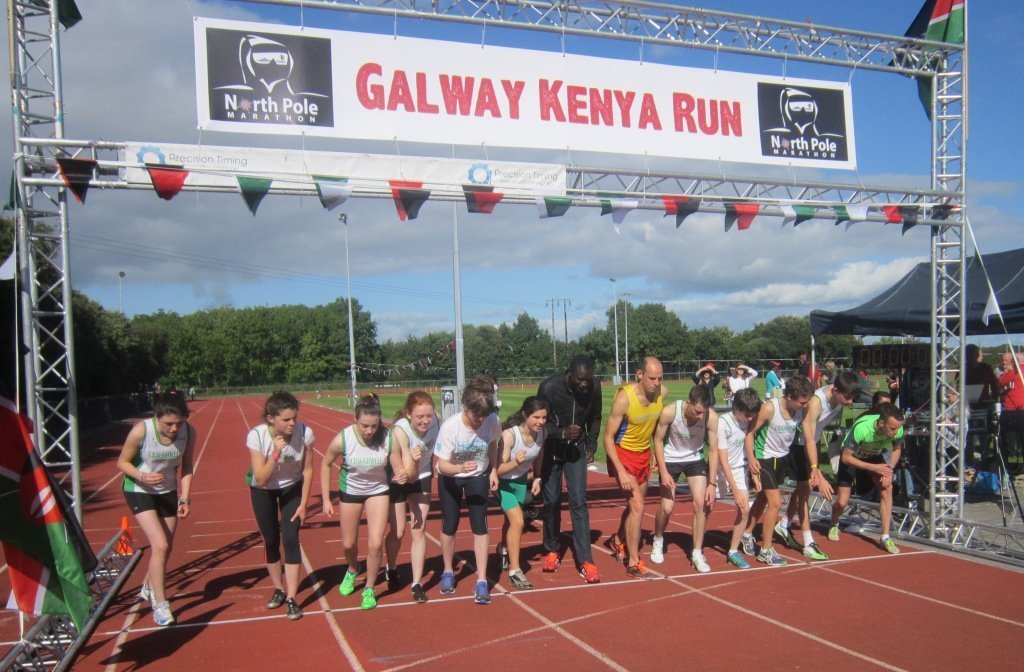 “In the presence of greatness” is a term often bandied about and is definitely appropriate here to describe David Rudisha and his coach Brother Colm. The patience and good humor of Rudisha was incredible as he literally spent 4 hours from 1pm to 5pm signing autographs and posing for photographs with the 1000s that thronged around Dangan on the day. How someone can stay smiling for that long is beyond me. And in between all of that he still had time to jog the first few hundred metres of the 24 or so 800m races that were held throughout the day.

And clearly the two men have a direct line to the man above as the weather could not have been more perfect. The day just kept getting better and better and culminated with the historic first sub-4 minute mile to be run west of the Shannon where both Ireland’s Paul Robinson and Australia’s Ben St Lawrence broke the magical barrier in times of 3:57.98 and 3:59.58. It was a privilege to be present to witness the race, a privilege shared by possibly the largest crowd ever to gather in Dangan – I reckon somewhere between two and three thousand spectators were there.

Later in NUIG, the special bond between coach and athlete was very apparent at the Q&A session chaired by Galway’s only sub-4 minute miler Paul Donovan. Paul would not be out of place hosting Primetime on RTE with his thoughtful and insightful questions.

With both Rudisha and Brother Colm having visited Dublin last year and now Galway this year, and with talk of Bolt coming to Ireland next year with his Donegal-born manager, and with both athletes talking about a possible charity 400m at some stage in the future, wouldn’t it be nice to think that we might be watching the same in Ireland in the next year or two!

For more pics and news of the Galway Kenya Run, check out https://www.facebook.com/GalwayKenyaRun. 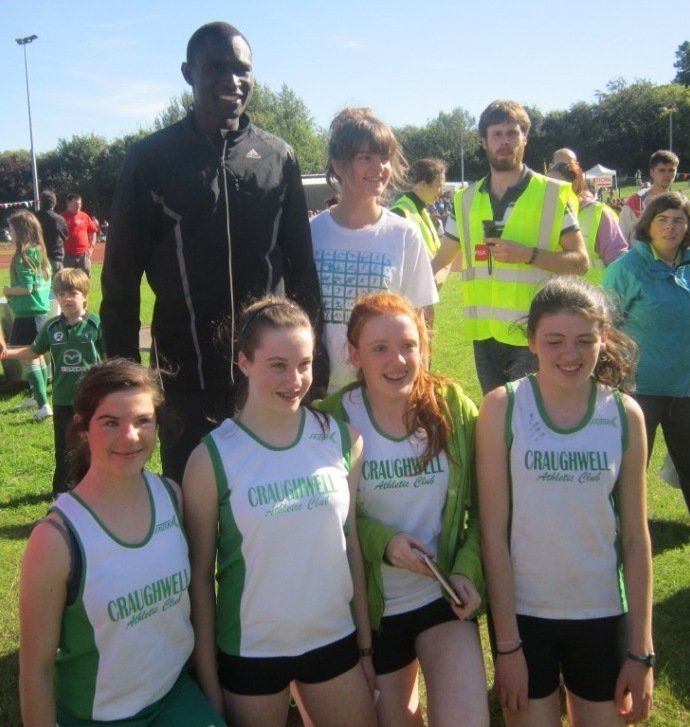 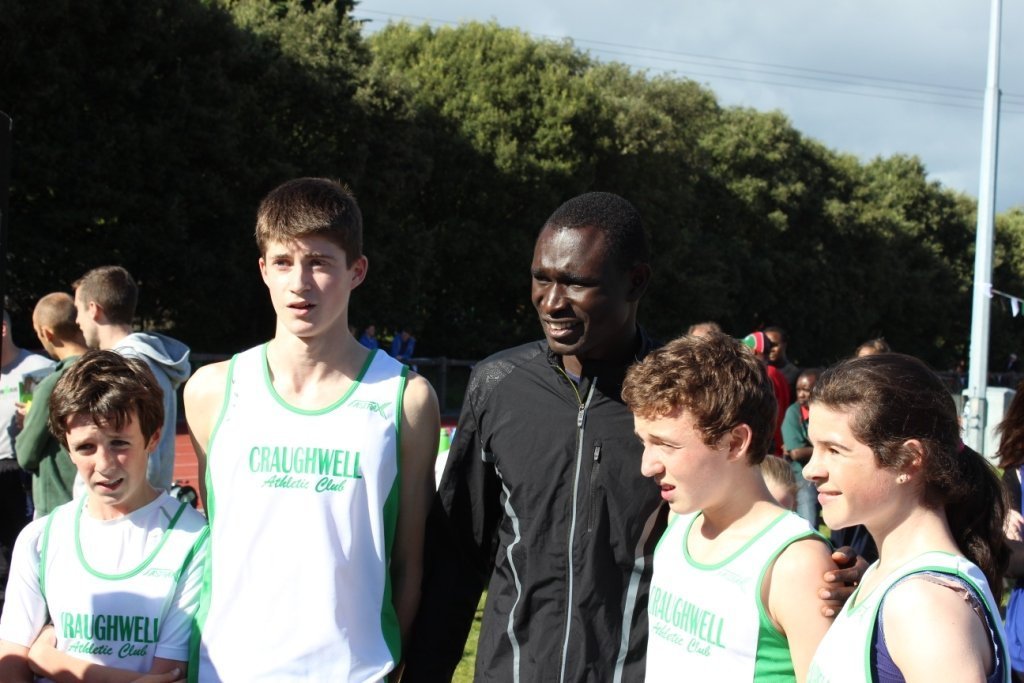 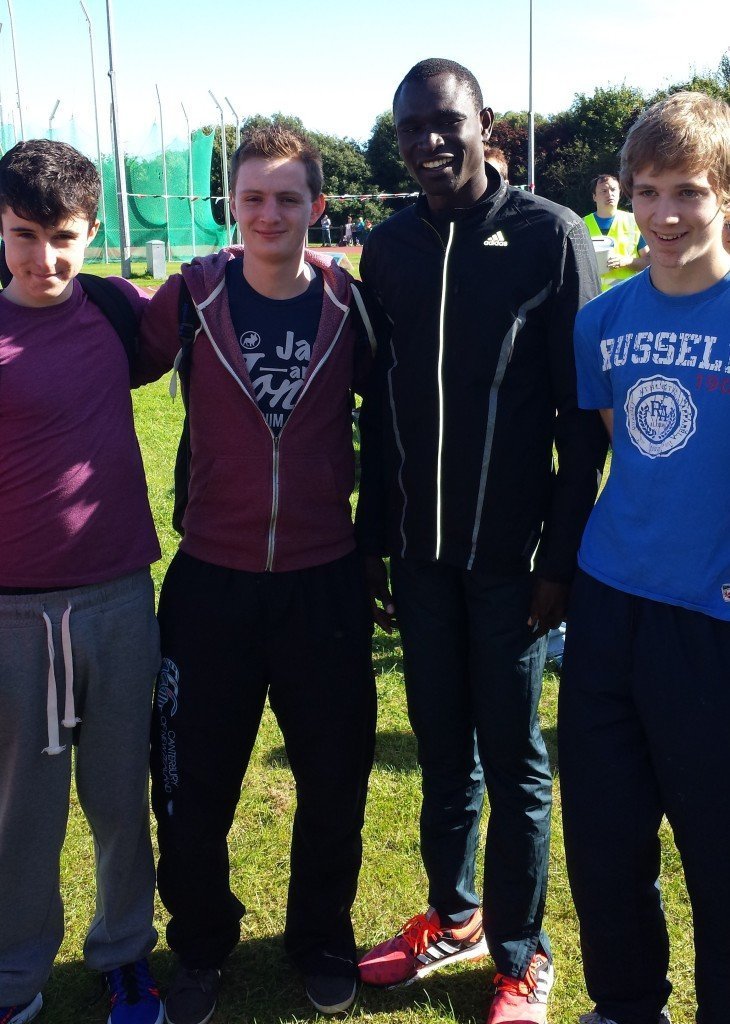 Some of our older middle distance squad with the man himself
Keelan Ryan, Conor Gillen, John Cormican 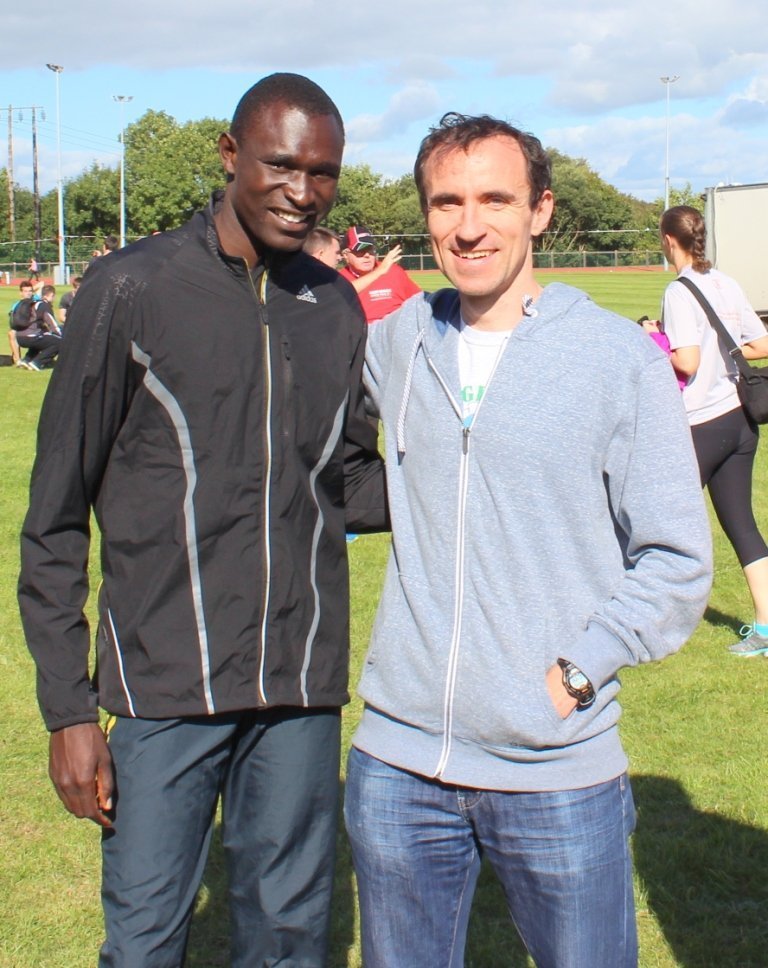 Some of our oldest middle distance squad with the man himself!