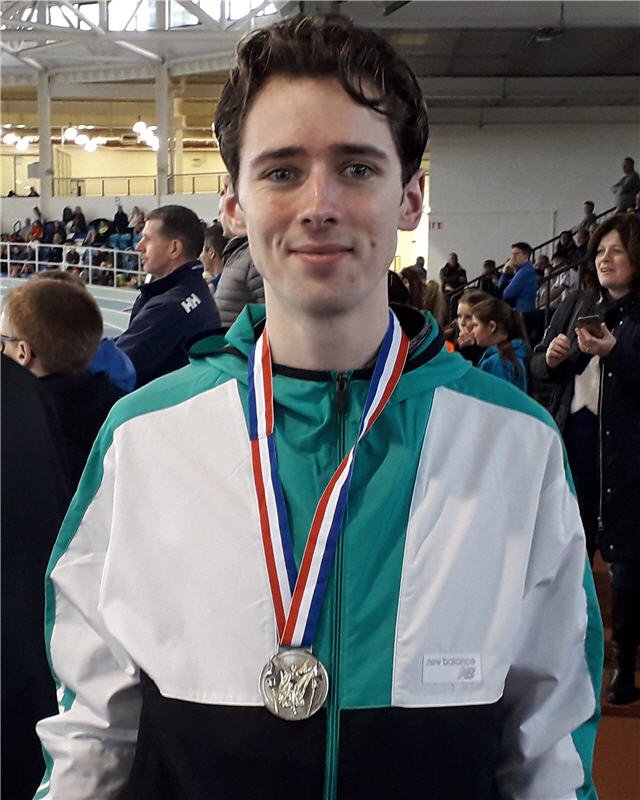 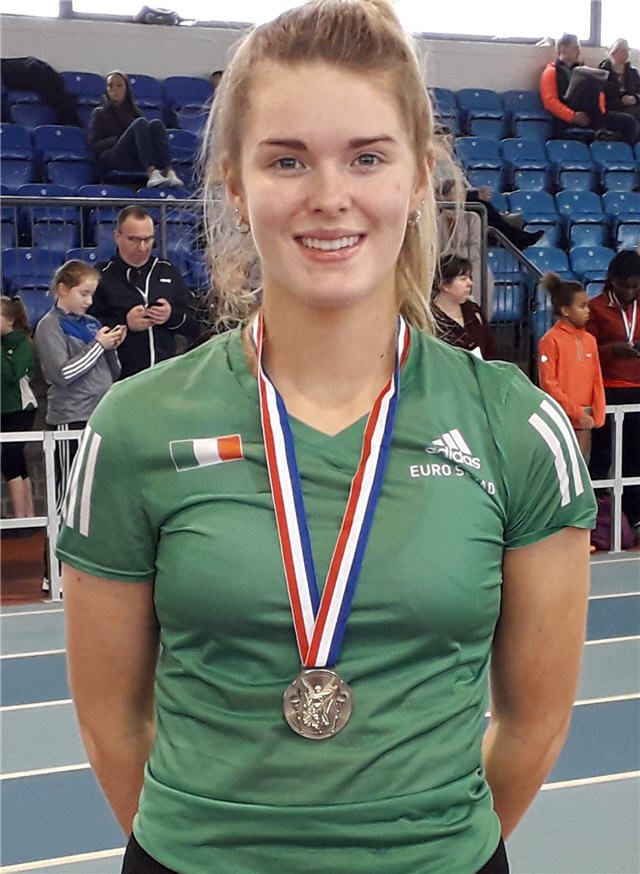 The last event of the year and the first event of the indoor season for most took place on Saturday in Athlone International Arena with the Northwest Games. Hosted by Donegal Athletics and now in its 5th year, the Northwest Games is a super opportunity for athletes to get an early season competition in. Congratulations to Bernie O’Callaghan and his team on another superbly organised event.

The club had a good number of athletes who took a break from the Christmas festivities to make the short trip over to the indoor arena. First into action, Paul Joyce and John Cormican blitzed their way through the senior 800m with Paul running an exceptional early season 2.01 (approx.) time and face-planting across the line in a valiant attempt to dip under the 2 minute barrier – resulting in an unexpected trip to first aid to tidy up a few scrapes and bruises. John was not far behind with a time of 2.04/5 approx – great early season form from both athletes.

We had a trio in the junior girls long jump with Laura Cunningham, Lorraine Delaney and Siona Lawless, and Alisha Larkin in the U18 girls all competing at the same time. It was the last time competing as a junior for both Laura and Lorraine while Siona and Alisha have more years to go yet. 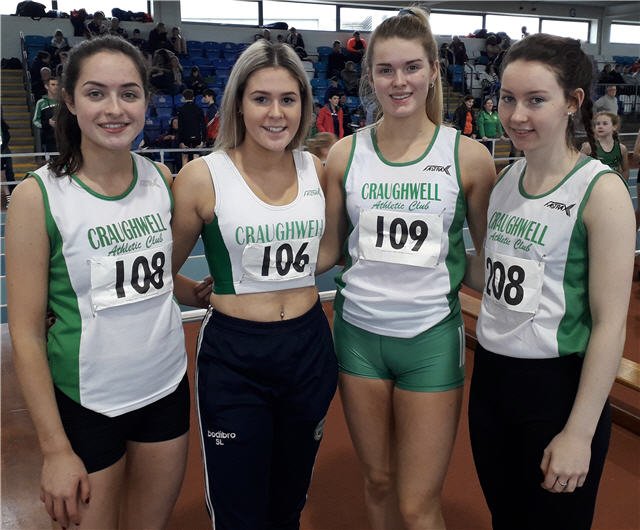 Craughwell AC long jumpers in the U18 and U20 grade at the Northwest Games in Athlone
Lorraine Delaney, Siona Lawless, Laura Cunningham, Alisha Larkin

Laura’s first 2 jumps were down a little on training form, not getting her normal powerful drive off the board. But she got properly into her stride on her final jump where she powered off the board to leap over 4.90m to claim silver in the U20 event – teeing her up nicely for hopefully a series of 5+ metre jumps in the forthcoming indoor season. Lorraine unfortunately hurt her hamstring on her first jump which restricted her in the remaining jumps to a best of 4.70 approx … hopefully just a minor injury that a couple of more festive days rest and some medicinal mince pies will cure! Siona found it difficult to hit the board on jumps 1 and 2 but nailed it on the 3rd jump for a good jump in the 4.50s at a guess. Alisha had 1 break but 2 very good jumps with a best in the 4.80s to claim bronze in the U18 event – brilliant jumping. 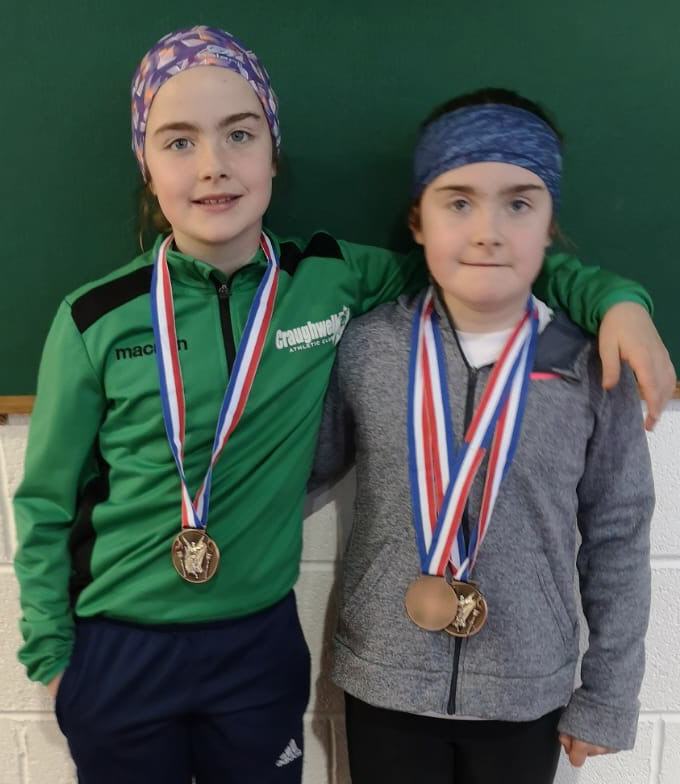 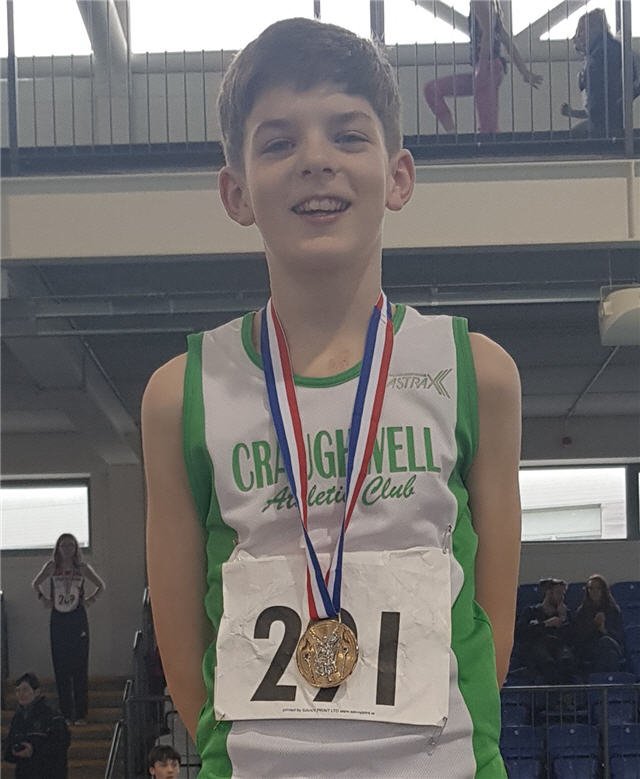 On the outer track, Keelan Moorhead had a terrific 600m winning his heat and took the overall gold medal when the times from the heats were crunched. Sean Hoade ran strongly in the same 600m race having shortly beforehand put in a brilliant 60m hurdles to take silver or bronze in that event and also leaped an impressive 4.15m in the long jump to take a second medal home with him.

Emma O’Donovan put in a brilliant series of jumps in the U12 girls high jump, clearing every height up to 1.25m before having to make a dash to the start of the 600m where she placed 4th in her heat. With a short break to recover and continue in the high jump where she tried bravely to get over 1.30m but it just wasn’t in the legs so shortly after the 600m and Emma had to settle for silver with 1.25m – a wonderful performance. Emma later added a gold medal in the U12 girls long jump – another super performance. Katelyn Walsh battled hard in the 600m heats, placed in the top 4 I think and twin sister Lillian put in a wonderful performance in her debut in the race walk placing in the top 3 – an event that looks like being a super one for her.

Jessica Carey made her debut for the club with good performances in the 60m, long jump and 600m while Rachel Warde and Lauren Morgan stepping up an age also ran the 60m both running very well. Lauren finished in the top 6 in the long jumpp and Rachel debuted in the U12 hurdles. Kiera Mernagh was running a stormer in the 60m but lost her balance and had a bad fall but then she continued later with her shot putt competition, which was very brave. Tara Morgan leaped well in the U14 long jump where a huge field of 52 athletes took part. Alan Warde powered his way to 4th place in the U10 Boys 60m. 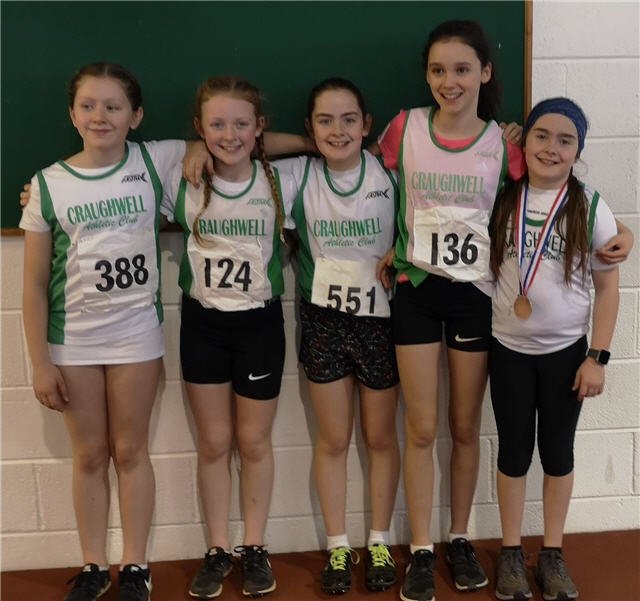 Later in the final event of the day, a combination of 2 U11 and 2 U12 girls ran a fantastic 4x200m race to power to the bronze medals with Emma O’Donovan, Lauren Morgan, Katelyn Walsh and Rachel Warde.

I’ve a number of other performances from the U12s and U14s to add to the report when I get the info together including the long jump, shot putt and sprints and others in the 600m and hurdles. 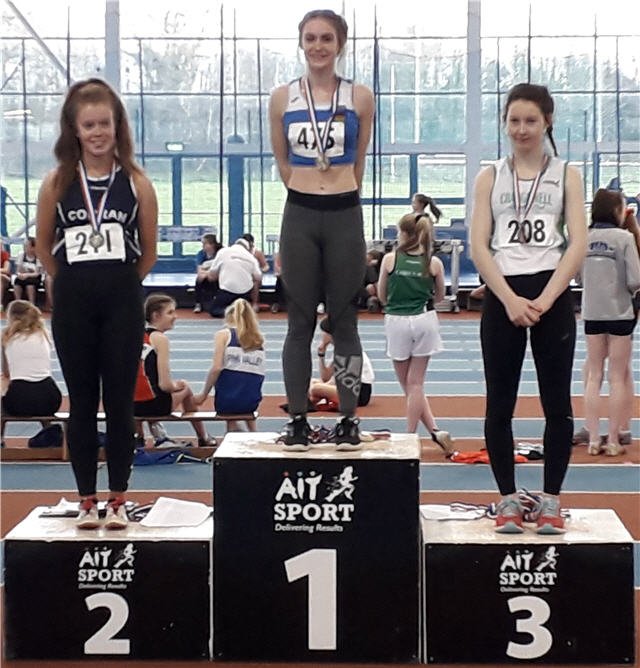 Alisha Larkin, bronze medallist in the U18 Girls Long Jump

Sean Cunningham ran an exceptional 60m sprint in the U16 grade, recording a new PB time of 7.80 approx and later followed it up with a solid performance in the long jump. Jade Moorhead was in sublime form in the U16 high jump as was Ellie Cronin in the U18s who were jumping at the same time with both girls clearing 1.50m at their ease and coming very close to clearing 1.55m. Ellie in fact looked to have cleared the 1.55m on her second attempt but by some stroke of misfortune an invisible force or an unlucky fly happened to be passing the bar at the same time and brushed it off! But both girls finished on the podium with Jade taking silver and Ellie gold in their age groups. Leonore Church was very unlucky in the same event to exit at 1.40m, the jumping not going her way today with tired legs after the 800m earlier in the day. 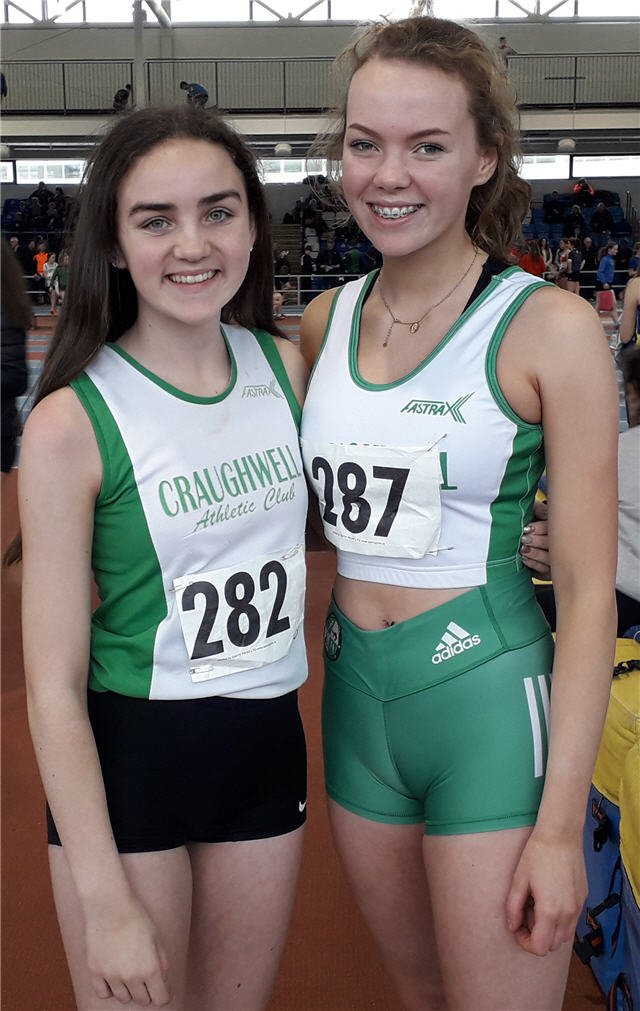 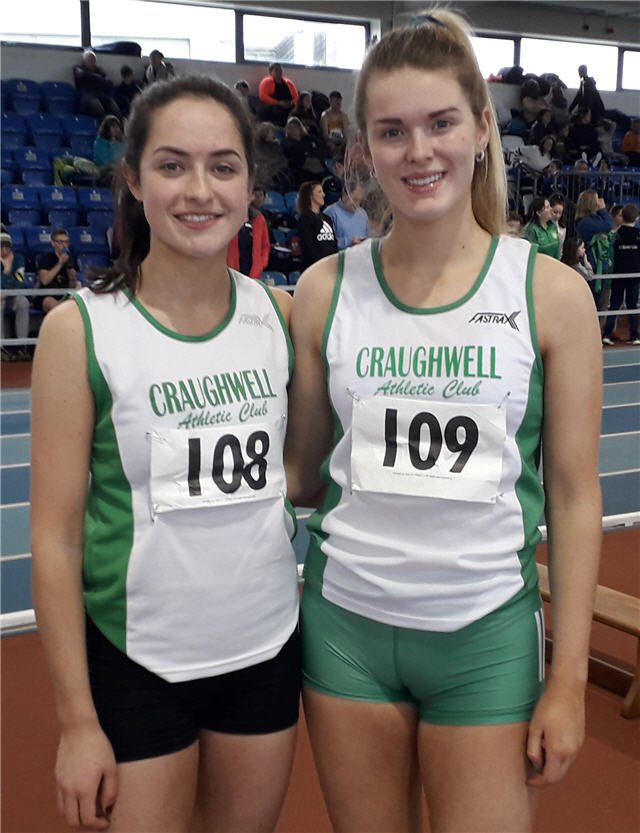 Jade Moorhead and Ellie Cronin, silver and gold in the U16 and U18 high jump and
Lorraine Delaney and Laura Cunningham, 4th and 2nd in the U20 Womens Long Jump

The 400m races saw heartbreak for Freya Bohan who was DQ’ed for a false start – very strict enforcement of the rules in an informal event where a lot of breaks were given a second chance on the inner track but not so on the outer track. Still I guess the rules are the rules but when it happens your own, it’s always tough. Alisha Larkin ran in the 2nd heat of the same 400m, putting in a strong display in her debut in the event. Alisha earlier ran a solid 60m race and also leaped exceptionally well to place third in the U18 long jump.

Final high jump of the day saw Issy Fitzgerald leap her PB of 1.45m and come very close to 1.48m but just missing out on getting it – great early season form and hopefully paving the way for a strong indoor season.