Craughwell AC athletes participated in good numbers in the Connacht Outdoor Games which were held last weekend rather than the full Championships that take place each year. It was a historic occasion for the club’s new facility as it hosted its first ever official Connacht event with the holding of the long jump and shot putt on Saturday and the sprints and distance races held the following day in Athlone.

A big thank you to Amanda Hynes and Iain Shaw for organising the event .. it was super for the athletes to have some official Connachtr competitive action. Full results of the 2 days are here.

Leanagh Gilligan was the star of the show on Saturday with a massive 5.40m PB to claim gold in the U19 age group, only 5cm away from breaking Sinead Treacy’s club record for the event. Alisha Larkin was also in blistering form with a 5.09 PB to claim victory in the U18 Girls event while Laura Cunningham was unlucky to be a little behind the board on each jump when jumping a best of 4.89m to take victory in the senior event. 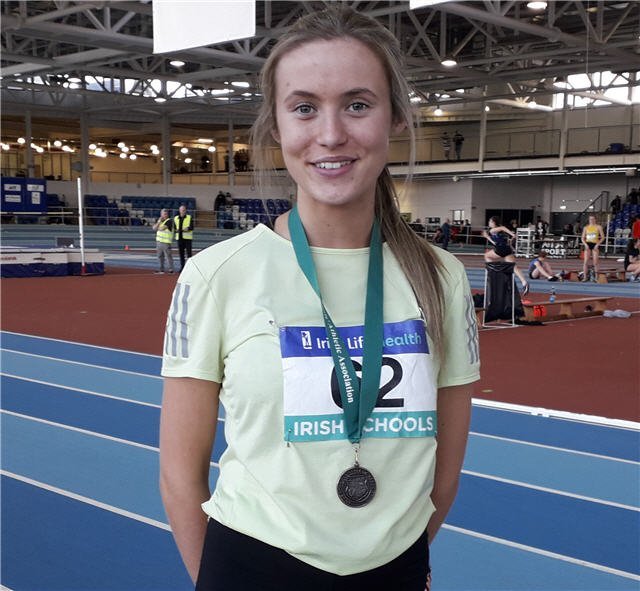 Craughwell AC’s Leanagh Gilligan who won the U19 Girls Long Jump with an outstanding 5.40m leap
in an historic Connacht Games held in Craughwell

On Sunday, Kyle Moorhead’s super season continued with a club-record-breaking 1:57.08 time to break Jack Miskella’s record of 1:57.47 set last year. Kyle took the victory in the U19 age group on a day which saw some of the fastest times at a Connacht track & field in years. Oisin Davis ran a big PB of 2:00.85 in the same race to take the victory in the U18 age group with Luke Burke 3rd U18 in 2:10.31.