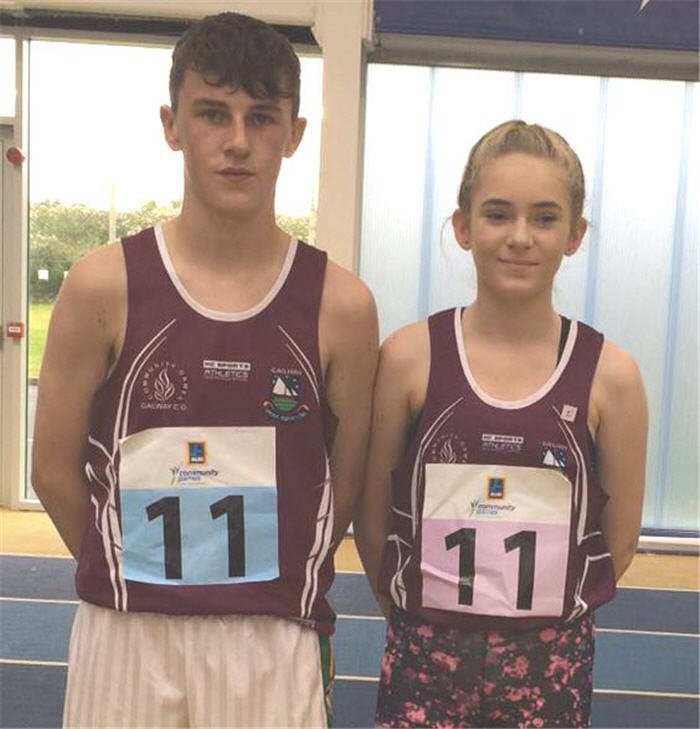 The track and field season wrapped up last weekend with the National finals of both the Community Games and the National Track & Field League. In the League in Tullamore, the club had a number of athletes representing County Galway where the county team put in a strong performance to place 6th overall and retain their position in the Premier Division. Maeve Curley strode to victory in the 1500m race walk in a time of 7.08.24 while Laura Cunningham and Sineád Treacy combined with GCH to take 3rd place in the 4x100m in a time of 50.91. There were a number of 4th place finishes including Rachel Finnegan in the 400m hurdles (70.70), Lorraine Delaney in the high jump (1.50m), Sinead Treacy in the 200m (26.83) and Arlene Earls in the 4x400m (4.13.51) while Sarah Finnegan placed 5th in the 100m hurdles (18.34), Laura Cunningham 6th in the triple jump (9.70m) and Sinead Treacy 6th in the long jump (4.87m). 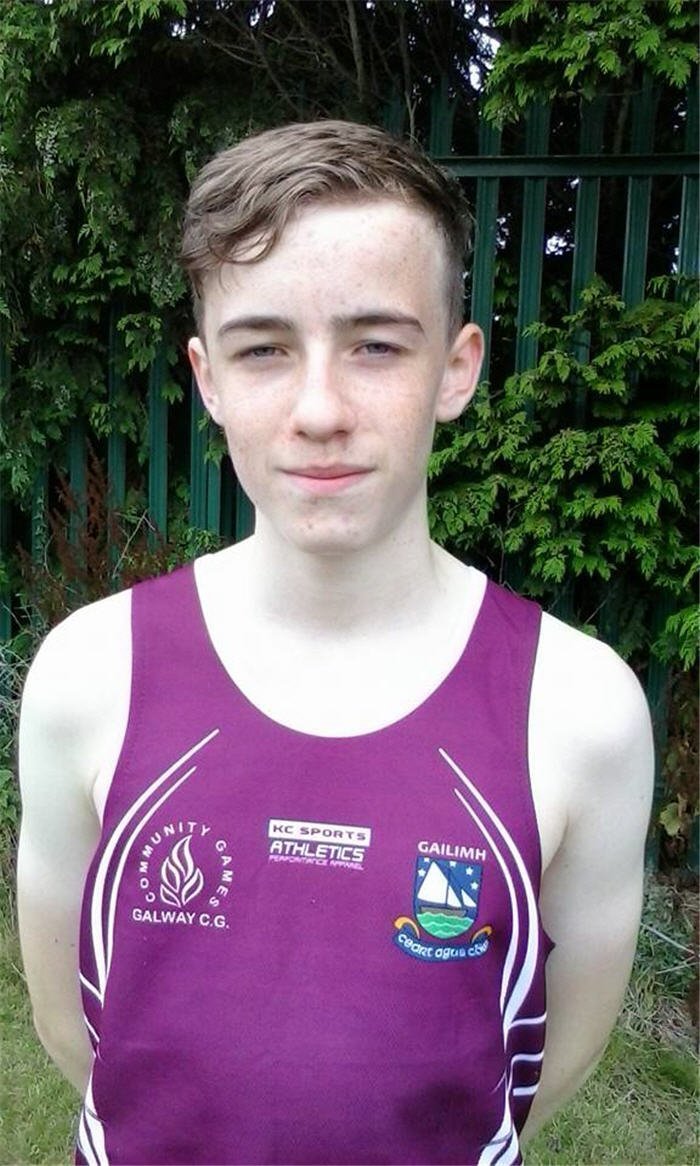 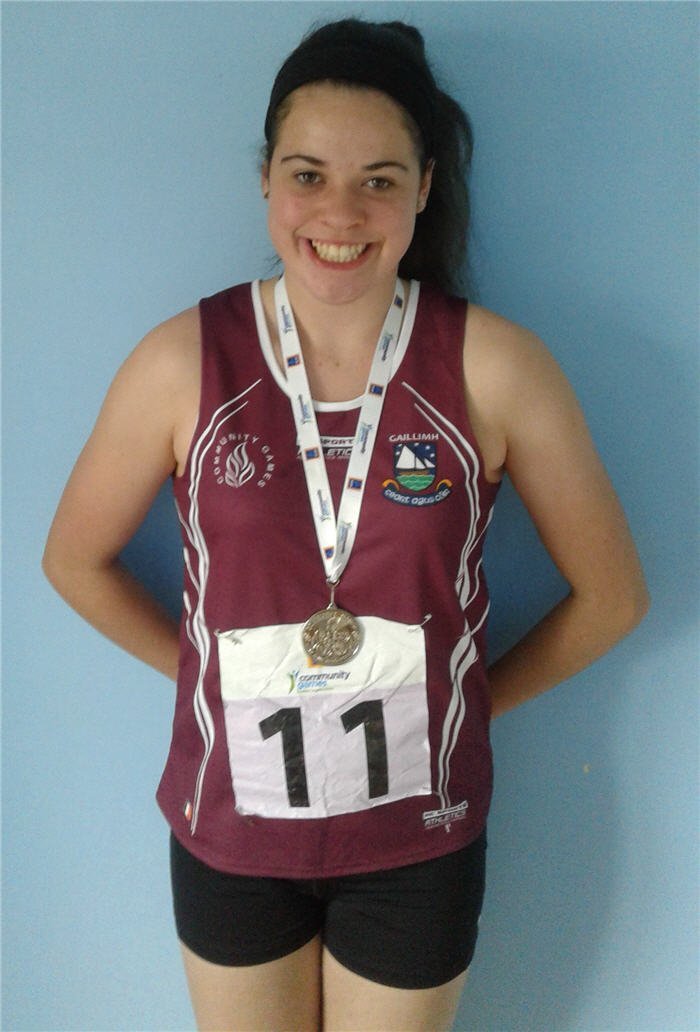 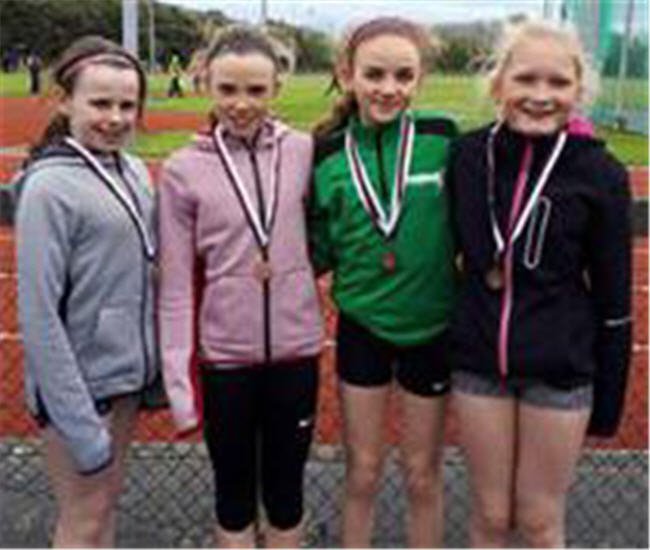 The National finals of the Community Games were held in the marvellous facilities of the National Sports Campus in Abbotstown for the first time where several athletes from the club took part. Chloe Casey took the silver medal in the U16 Girls discus while Conor Hoade took bronze in the U14 Boys Hurdles. Ryan Gallagher tied for 4th place in the U16 Boys High Jump with a PB of 1.70m but had to settle for 6th place on countback of knocked bars. The U13 Mixed Relay Team of Fauve Aylmer, Evan Hallinan, Jade Moorhead and Ryan McDonnell made it through to the semi-finals of the 4x100m where they placed 6th. Finbar McFadden had a strong run to make the final of the U16 Boys 1500m where he placed 10th in an excellent 4.32 while Aleisha Larkin, Rebecca Lynch and Ava Finn battled hard in the U16 100m, U14 javelin and U14 long jump with Ava unlucky to have to withdraw due to injury after her first jump.

Ryan Gallagher continued to impress after the event with an excellent interview in the Irish Independent !! See below for details. 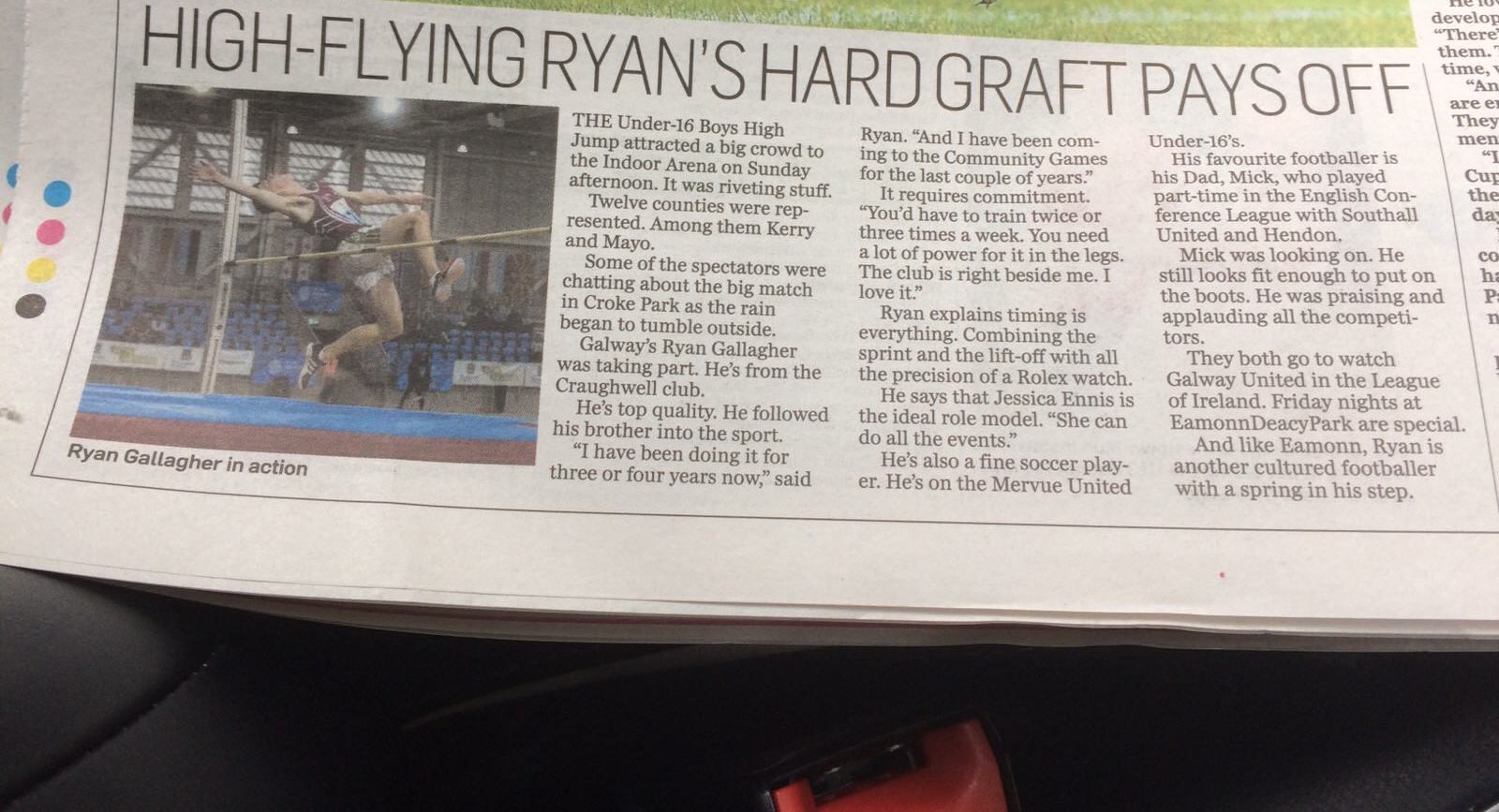