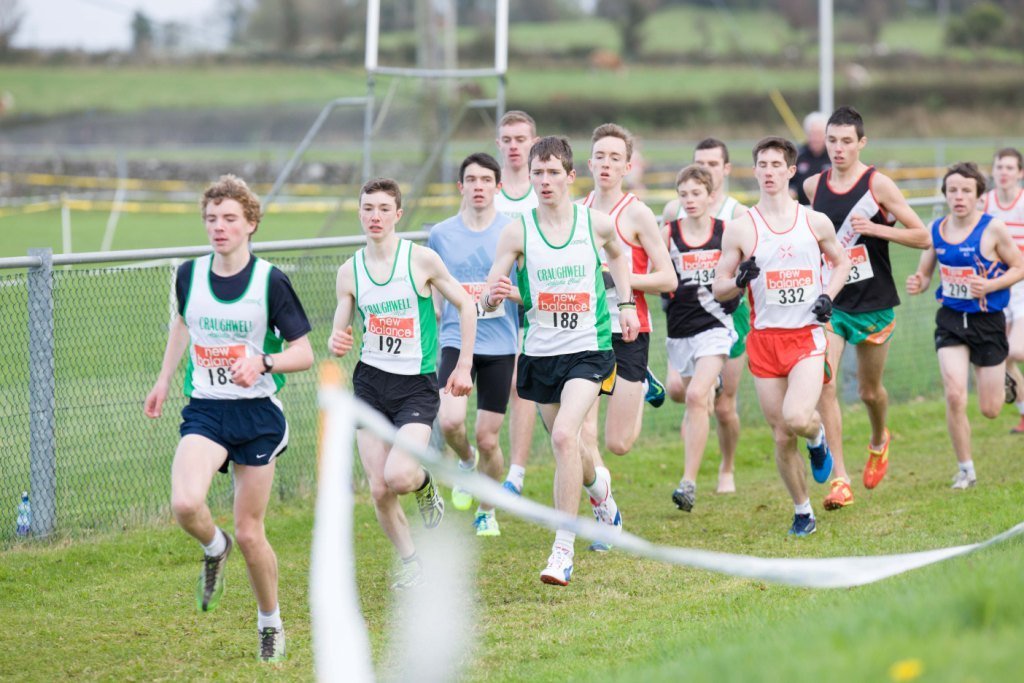 Craughwell AC put in an awesome performance at the second day of the Connacht cross country championships which were held in Creagh, Ballinasloe. With 58 participants (our highest ever), the club fielded teams in 8 of the 10 juvenile age groups and came home with 7 sets of team medals, including an incredible 5 Connacht titles. And it wasn’t just in the team stakes that the club excelled. Oisin Lyons and Jamie Fallon took the individual titles in the U15 and U17 boys, with Neil Greaney and Matthew Moran adding silver and bronze in the U19 boys and Dearbhaile Walsh and Grainne McDaid narrowly missing out on a podium finish when placing 4th in the U15 and U17 girls.

In fact for both girls, it was a very welcome return to the form they have showed in their younger years in cross country when routinely finishing on the podium. Grainne led the U17 girls to the Connacht team title in their 4000m with Ciara Greene placing 7th, Ellen Treacy 10th and Miriam Lacey 11th. It was a tremendous team effort with Ciara having almost being ruled out with a hairline fracture of the foot picked up in the Galway cross country 2 weeks ago and Miriam coping with shin splints which necessitated walking some of the distance yesterday. It was the oldest juvenile grade ever that the club has fielded a girls’ team in and it was a massive performance by the 4 girls. 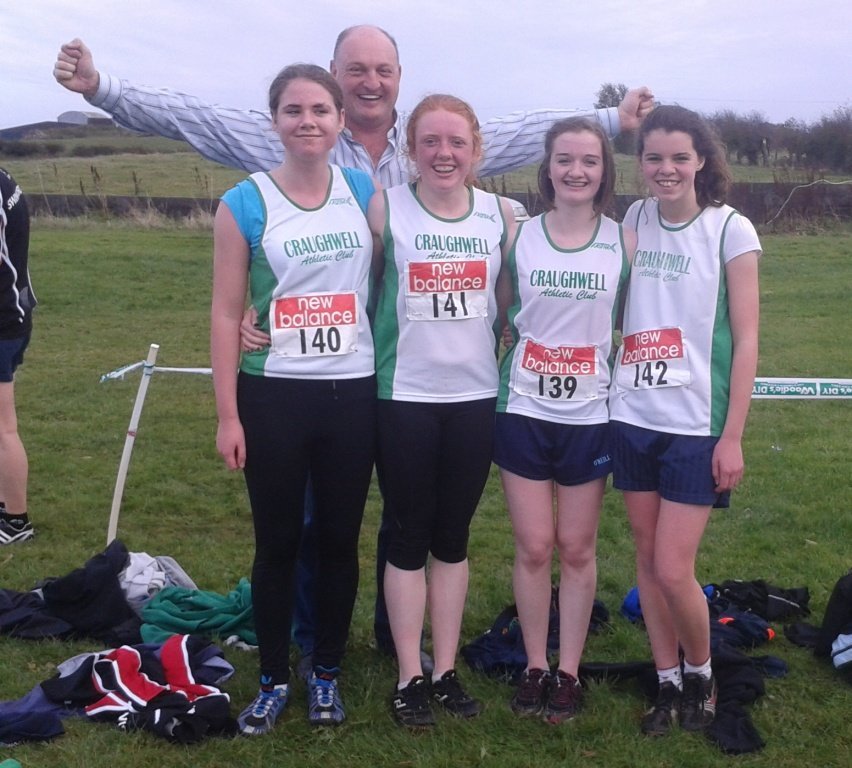 Neil Greaney led the U19 boys’ team to a similar achievement in their 6000m as the first time ever that the club has fielded an U19 boys cross country team in the Connacht championships. Neil placed a strong second in the race with Matthew Moran having a fine run to take individual bronze, Paul Joyce next in 4th and John Cormican completing the team scoring in 5th place despite a recent stomach muscle tear in the Galway cross country.

Racing at the same time as the U19s, Jamie Fallon continued his flying form to take first place in the race ahead of all U17s and U19s including the elite North Sligo track specialists Cian McBride and William Crowe who placed 2nd and 3rd in the U17s. Damien O’Boyle took 5th place in the race, a good performance on his return to racing after a long track season.

In the U15 girls 3500m, Dearbhaile Walsh had a fantastic race to take individual 4th place and had the race being any longer would likely have made it onto the podium. She was followed home by another strong performance from Caron Ryan to take 14th place with Ciara O’Boyle and Aoife Greene taking 18th and 19th to complete a good score for the team, enough to take the club silver with 55 points. 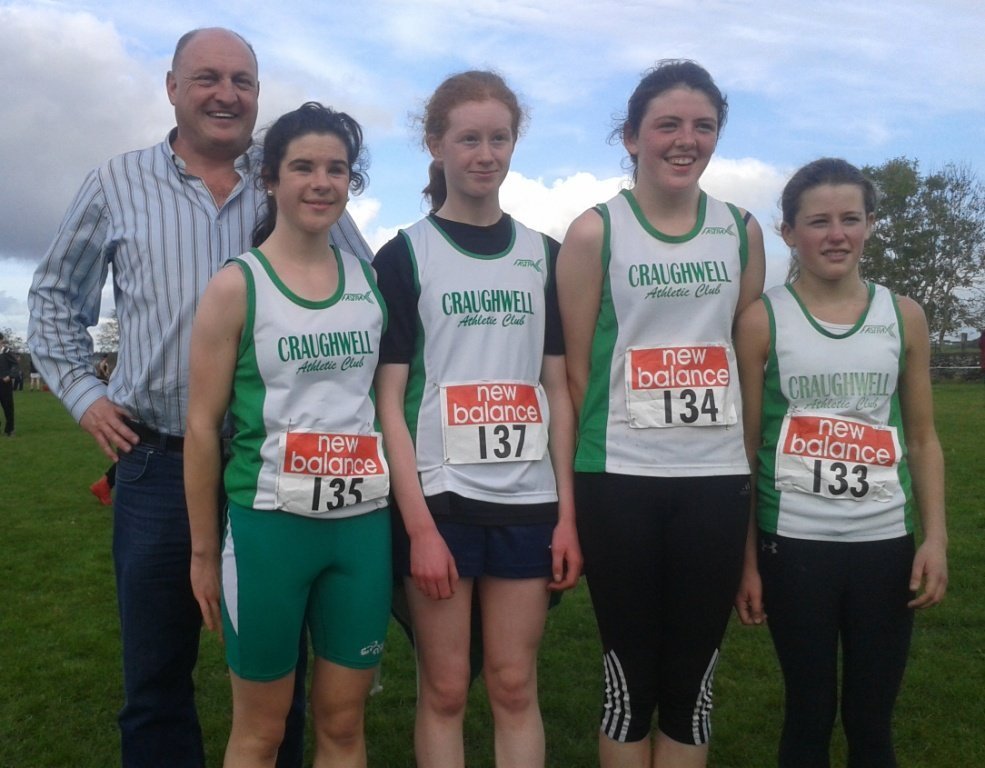 The U15 boys’ team put in an awesome show of strength with 6 in the top 18. With Liam Moran planning to take it relatively easy with a foot injury, it opened the door for U14 Connacht Champion Oisin Lyons to shine. In just his second cross-country season, Oisin demonstrated racing maturity beyond his years when he overcame the Connacht U16 Champion Adam Phillips from Swinford to take the Connacht title in a tight finish. Liam wasn’t far back when placing 5th with the ever-improving Matthew Barrett and James Cahalane in 10th and 11th. Conor Lee was in next with a fine run to place 14th and a similarly strong run from Brian Loughnane in 18th with Ben Garrard 23rd, Luke Finn 26th, Gavin Forde 26th and Brian McKermitt 27th. The club took the Connacht team title with a low score of 27 points and also took 4th place in the team event. 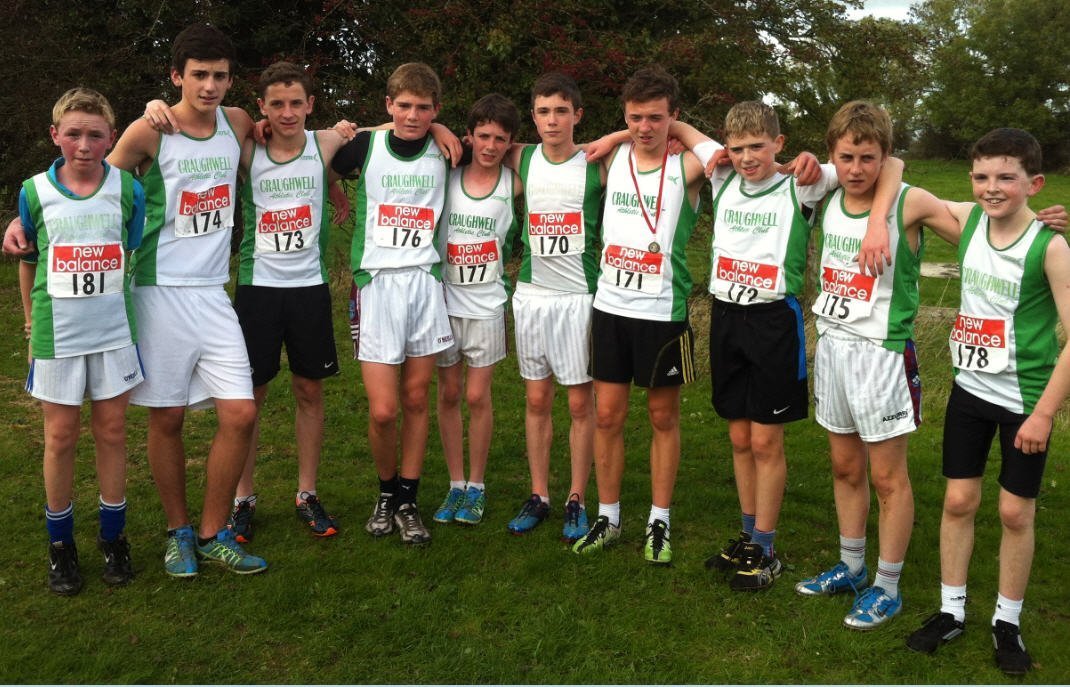 Ailbhe Miskella had an amazing run in the U13 girls 2500m where she was the third Galway athlete home when taking 7th place. After an 11th place finish last week in the Connacht U12s, clearly the longer the distance the better for Ailbhe and she led the Craughwell team to a fantastic team gold with Rachael Hughes 11th, Finola Kelly 16th, Jennifer Hughes 20th, Catherine Noonan 22nd, Sarah Woods 35th, Tara Farrell 39th and Emma Urquhart 50th. This was a huge improvement on the teams 4th place finish last year and one the girls can be proud of.

And in the first race of the day, our girls U11 put in a Trojan effort to take 6th place with an exceptional 1500m run from U10 Emily Miskella in 5th place leading the way. Aoife Kelly was in next in 25th followed by Ava Finn 33rd, Asia Clarke 46th, Ciara Hughes 47th and Ailbhe Doyle 67th.

And they say to keep the best wine till last. We have so much good wine now, it’s hard to know which is the best. But the performance of the U11 boys in the second race of the day is certainly up there with the best. With our leading runner Shaun Gilligan from the Galway championships unfortunately having to pull out on the start line due to illness, the rest of the team put in yet another awesome show of strength from the club to take not just the Connacht title but also 4th team place.

Sean Cotter and Liam Leen has marvellous runs to take individual 5th and 6th places. They were followed closely by Gavin Kelly 11th, Gavin Lee 13th, Adam White 17th, Sam O’Neill 20th, Jack Farrell 21st, Fionn McArdle 39th, Ben Fitzpatrick 46th, Conall Doyle 55th and Evan Grealish 56th. It was a particularly impressive run by Liam Leen who has placed 14th in the Galway championships, rediscovering the form that won him individual bronze in the Galway Primary Schools finals. And a fine run also from Adam White who tumbled shortly after race start putting him at the back of the 60-strong field. He can be proud of his run having overtaken more runners than anyone else in the race!

This year was the club’s best ever year at the Connacht cross-country championships with a total of 9 Connacht team titles over the 2 days and 4 silver medals, easily surpassing our haul of 10 sets of team medals last year – along with 4 individual titles, 3 individual silver and 3 individual bronze. You can check out our history of Connacht performances since 2002 at the following link:-

I am posting pictures of the results below pending publication of the official results:-

The offical results are here.