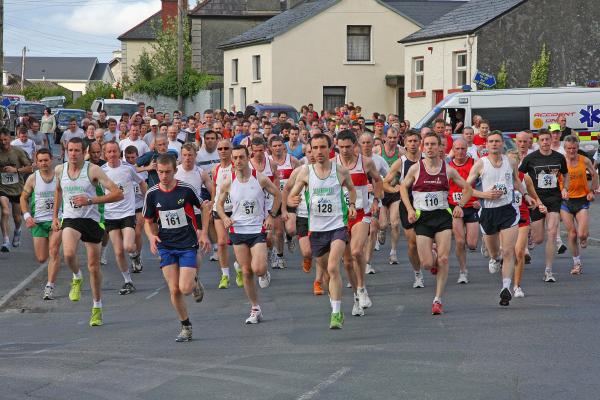 Best of luck to coach extraordinaire and cross country specialist Mark Davis who represents Ireland this Saturday in the British & Irish Masters Cross Country Championships on the fabled grounds of Aintree racecourse. There’s clearly something in the water in Cahercrin that helps its residents make the grade for Aintree or Cheltenham!

To my knowledge, Mark becomes the first coach from the club to be selected to represent Ireland – others have made it in the past, but prior to their coaching careers including Diarmuid Quill (high jump), Mark Gillen (1500m) and Noel Harvey (10k and xcountry).

Mark’s contribution to the club is immense. One of the founding members of the senior section of the club back in 2005, Mark helped drive the senior circuit training sessions in the hall for many years – these predated fit4life and became the seed for the club’s very successful fit4life group in later years when AAI launched that initiative. And in parallel with all of that, Mark has been one of the key coaches in the juvenile club, helping many to great achievements particularly in middle distance and cross country.

One would wonder where Mark finds the time to do his own training, but find it he does and like a vintage wine, Mark keeps on getting better with age! He is on the cusp now of breaking personal bests in a range of distances that he set when 10 years younger – amazing stuff!

To be selected to represent Ireland is a massive achievement and honour for Mark. To have Mark in our club is a massive honour and privilege for the rest of us! Best of luck at the weekend Mark!