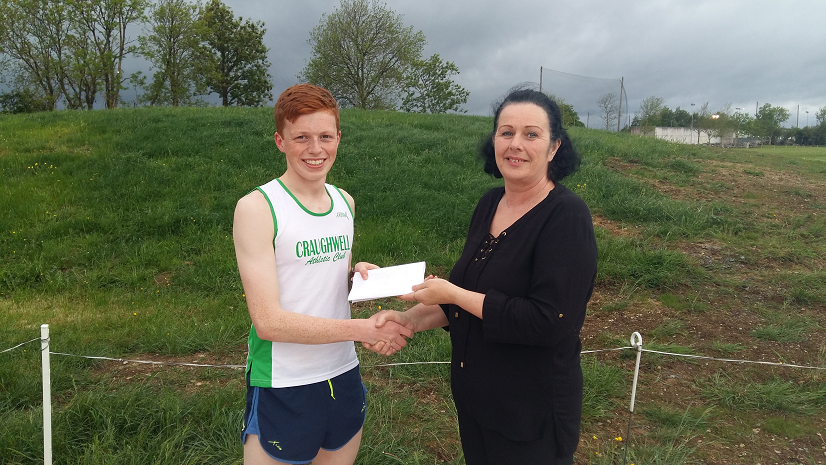 Ben Ryan (U17) has had a fantastic season so far and is going from strength to strength.

Below is a little background history over the past 6 months resulting in this amazing achievement of making an International Team.

Ben started his Cross-Country season with a superb run in the Connacht X Country championships held in Sligo in November where he came in at 4th position. This qualified him for the Cross Country All Ireland Championships held later in the month in Abbottstown. From the onsight of the All Ireland’s race he held a dominate position by immediately charging down the first hill to get a good lead with the front runners, Ben held his strong position throughout the race and with only 300m to go, managed to take over a some of the leaders to storm to the finish in 16th place. This is a fantastic achievement as only a handful of athletes in Galway have such a finishing position in cross country at an All-Ireland Championship. Ireland’s greatest distance athletes meet for these coveted positions.

Following the All Ireland’s Ben jetted off to New Zealand (during his transition year) to spend time with his Uncle and family. Taking full advantage of the mild climate he came back from NZ on fire!!! His newly improved running style coupled with his increased speed had him raring to take on the indoor track season. Unfortunately, he was only home a few days, when out for one of his many long cycles, he took a bad tumble from his bike. This left Ben unable to train for a good period. It wasn’t long before Ben was up and running (literally).

His performances in Schools Athletics demonstrated his hard work getting back to training after his injuries where he placed 4th in the South Connacht Schools 1500m and 2nd in the Connacht Schools Finals in the 3000m.

Ben then proceeded to dominate the Galway 5k series. Entering the series Ben had a PB of 17.32 mins. With almost 700 athletes registered for this event he ran his first race in Ballybrit Racecourse storming into a finishing time of 16.51 in 2nd place, taking almost a minute off his original PB.

Below are some of Ben’s times and positions over this series:

As if all the above achievements were not enough for this talented runner, Ben decided to give mountain running a go. With little fuss and chat about the race (which we have learned is “his style”), Ben entered a Mountain Running Competition hosted by the Irish Mountain Running Association (IMRA).

Running as a junior male Ben for the first time in a mountain race, Ben had a tremendous race to come in second place, very close to the winner.

Ben describes his race; “the course was a technical one, 4.5km in distance with a 300m ascent and descent over rough terrain. This was my first mountain race and I didn’t quite know what to expect! By halfway I had a comfortable lead but unfortunately after taking a wrong turn I lost my lead falling back to second place, I held this position to the end qualifying me for the international youth cup in Italy this year.” 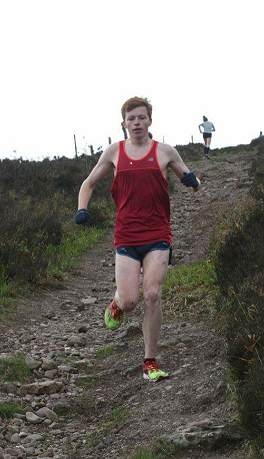 The International World Mountain Championships are due to be held this coming Saturday 24th June in Cagliano del Capo, Italy.

Ben will have to run a distance of 4.7km with a climb of 580m in soaring temperatures.

We wish Ben every success in this event and will be eagerly waiting to hear his news after the race.

As a result of making this International Team, Craughwell AC presented Ben with a gift marking this success of achieving his first International vest in athletics. 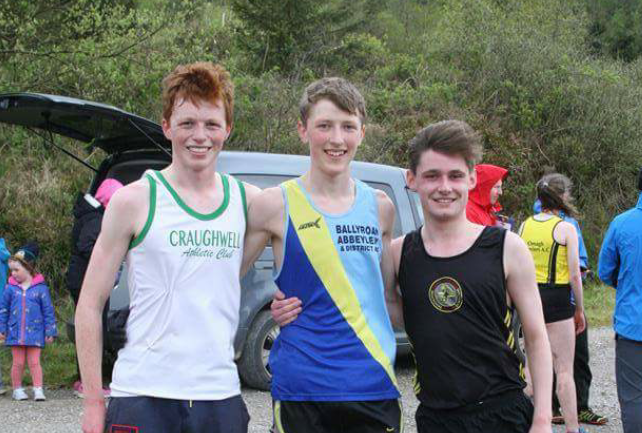