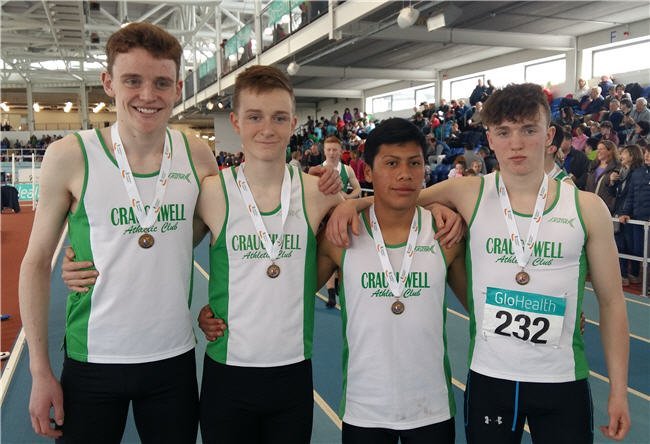 The morning session saw the U17 girls and U17 boys in action. The U17 Girls lined up with Caoilin Milton, Lorraine Delaney, Aoife Walsh and Laura Cunningham with Ciana Reidy and Shauna Tobin as subs on this occasion. The girls ran strongly in the heat with some smooth baton passing and just missed out on making the final when running a time of 1.53.30. As the finals were being called into the call room, half our team were on their way out the door when suddenly we heard our name called over the tannoy – into the final (one of the other qualifiers were unable to compete). Hurriedly gearing up for the final, the girls ran brilliantly again knocking almost a second off their heats time and taking 6th place with a time of 1.52.71 – over 2 seconds faster than their Connacht time! 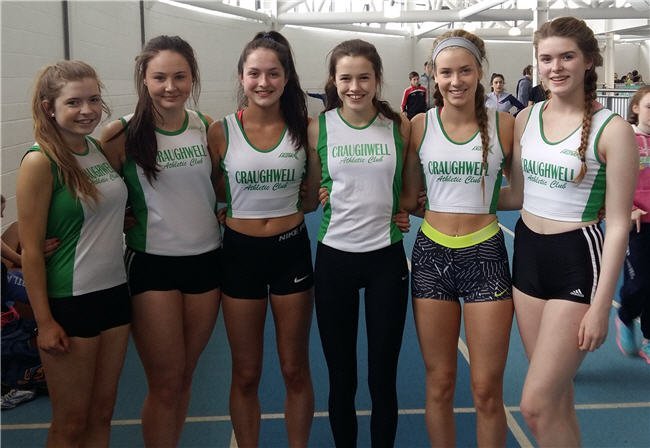 The U17 boys lined up with Daniel Callanan-Forde, Louis Molloy, Jerry Keary and Oisin Lyons. Having been just pipped by Longford for the Connacht title, both teams were drawn in the same heat with Longford again having the upper hand taking victory in the heat with the Craughwell lads second in a fine time of 1.38.59 – an incredible 3 seconds faster than their Connacht time.

The final was to tell a different tale however – Daniel got the team off to an incredible start eating up the stagger on the teams outside him in lanes 4, 5 and 6 before handing off to Louis after running a crazy fast 200m time. Louis put in a tremendous effort as he battled around the boards in his first National indoor final and handed off the Jerry with the team in 4th place. Jerry put in what can only be described as a memorising run as his long strong stride gobbled up the gap on the leading 3 teams as he approached the final bend – leading Galway spectators to wonder where had this sprinter come from, not recognising the 1.90m high jumper. Coming off the bend and surging forward, Jerry was only metres behind the leader and tied with 2nd place as he handed off to Oisin. 800m and cross country maestro, Oisin parked his slow-twitch fibres for the day and fired his fast-twitch fibres into top gear as he motored around the bend. With 2 teams level leaving the zone, there was a slight altercation on the bend with Oisin pulled back a little by his opponent but recomposed himself to hammer down the back-straight holding third place and pulling out all the stops to hold this position to the line in a tie of 1.38.24. A fantastic fantastic result for the U17s – first time on the relay podium in eight years isince debuting as U9s – a really really super result and just reward for a lot of hard work from the team over the years. And the result is even more amazing considering that none of the 4 are sprinters … with Oisin a middle distance runner, Louis a long jumper, Daniel a triple/long jumper and Jerry a high jumper!

After all that drama, it was time to go home … NOT! The real drama was just about to start! 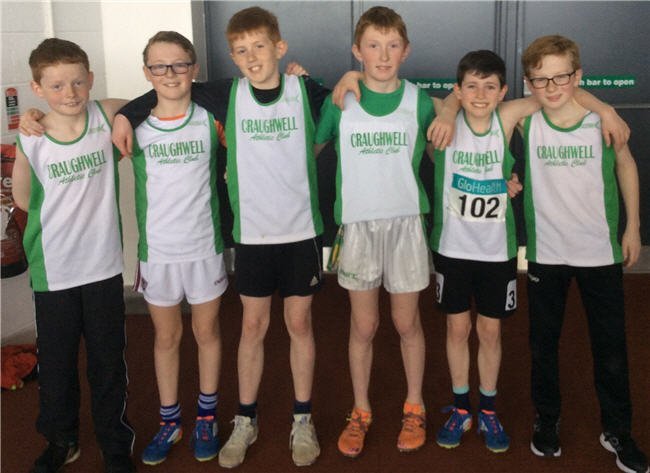 The afternoon session kicked off with U12 boys 4x100m relay team putting in a heroic effort in their heats with Evan Hallinan, Daniel Galvin, Fiachra Bond and Cian Lavan running their hearts out in the heats with a time of 59.31. With teammates Ryan McDonnell and Luke Flynn waiting with bated breath to see if we made the final on times, it was not to be on this occasion and the team had to settle for 7th place overall – a fantastic performance nonetheless and something the boys can be proud of.

The U14 boys 4x200m team were next into action where the team of Robert Urquhart, Shaun Gilligan, Liam Lee, Gavin Lee and subs Padraig Martyn and Jack Fitzgerald ran a majestic heat to quality for the final in a time of 1.53.39. The team were out on the track again only 30 or 40 minutes later to contest the final where again they had a massive performance when placing 4th and in the process record another fantastic time of 1.53.60, just 1.4 seconds away from the medals. The lads can be very proud of themselves as the standard is so high. Making the National finals is fantastic, making the top 6 is even better and finishing 4th is unbelievable. 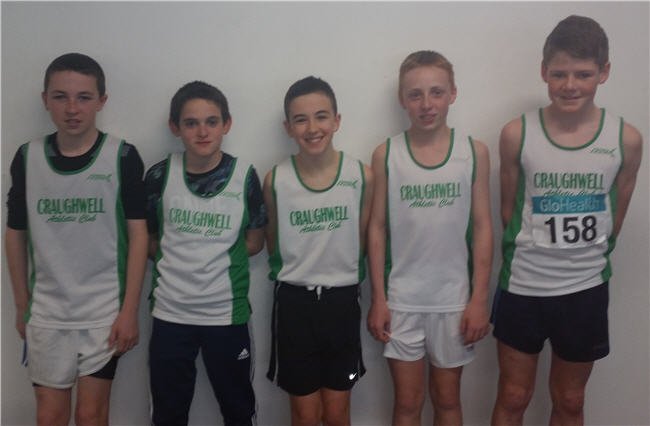 They say they keep the best till last and even though they did not medal today, our U18 girls 4x200m are true champions in all of our eyes. The team of Michelle Duggan, Caoilin Milton, Aisling Keady, Laura Cunningham and subs Lorraine Delaney and Aoife Walshe ran a breath-taking 1.47.20 to place third in their heat and make the final. Their time was a staggering 5.7 seconds faster than the previous best from our club in this age group. When the final came 30 mins later, it would be the 4th 200m of the day for Caoilin and Laura but that did not matter to this fantastic team. In the final Michelle got away to a strong start, racing around the bends and handing off to Caoilin who put in yet another brilliant run in her 4th race of the day. A perfectly executed baton pass from Caoilin to Aisling with the team in 4th place and Aisling just motored around the bend and down the straight, eating up the ground on the leading runners and gaining almost 20m on them, a fantastic run – handing off to Laura with the team in 2nd place. Pitting against the leading U18s in the final leg, including National 400m Champion Arlene Crossan, Laura ran a fantastic final leg despite being chased down around the final bend to slip into 3rd place. Laura battled like crazy to the line but the 4th placed team crowded her out in the final 10m as she approached the line and the interference and body contact was enough to knock Laura off her stride and just pip us to bronze by 0.14s. Devastating for the girls to be beaten by such a slender margin and in controversial circumstances. But they took it on the chin and will live to fight another day. Their final time of 1.46.96 was truly remarkable and the club are so proud of their performance today – in the eyes of Craughwell, they made the podium! 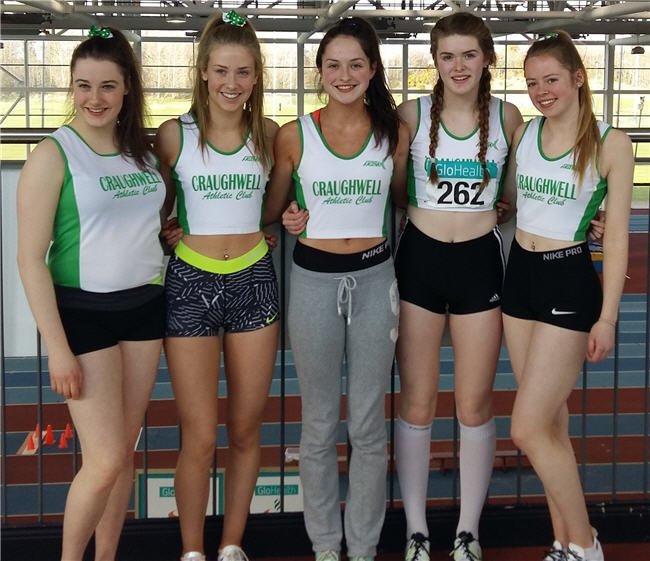