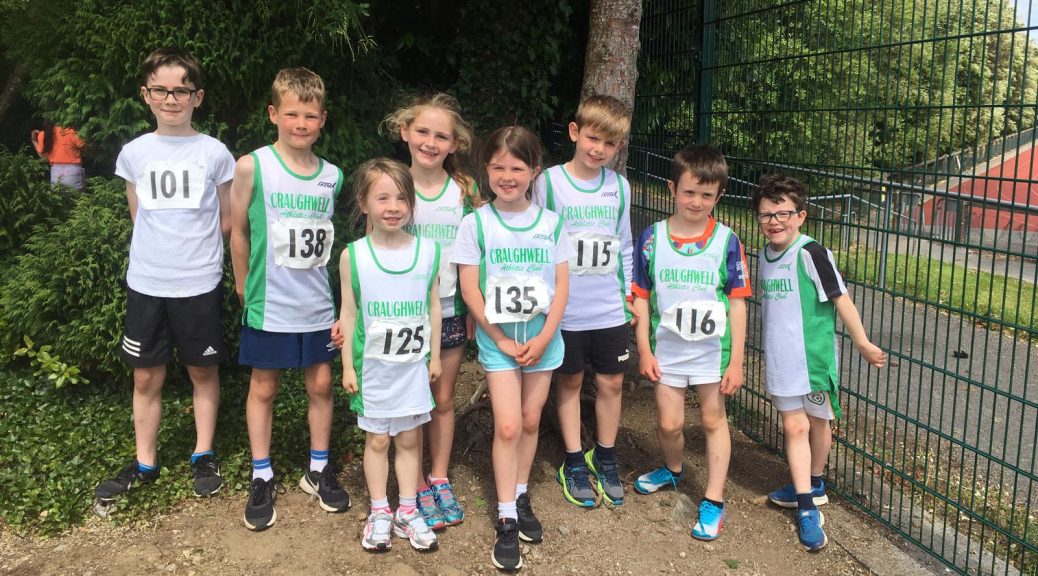 It turned out a scorcher in Dangan as the u9-11 ages had a fantastic time with their friends and produced some stunning athletic performances in the process.

The competition incorporated a paired results section and we won’t have the results of that for a while – below are the medallists I know of at this point – will add more later! The full results of a fantastic day can be found on the Connacht Athletics website.

In the under 9s, the highlight of the day was Jack Hibbit’s Gold in the 300m in a fine time of 56.85.  Grace Glynn won Bronze in the Long Jump while Gerard Murray won Bronze in the Turbo Javelin.  Conor Mannion was second in a hotly contested 60m sprint in 10.65.  In the pairings, the qualifiers were Conor Mannion/Jack Hibbit (1. 60m, 1.300m); Muireann Kelly/Emnma McGovern (2. 60m); Gerard Murray/Aaron Burke (1. Turbo); Grace Glynn/ Roise Beatty (2. LJ);

The title picture above features brilliant u9s Aaron Burke, Connor Mannion, Olivia Gorman, Roise Beatty, Kaci Madden, Dylan Doyle, Matthew Drysdale and Odhran Fallon all enjoying their day out! There were too many highlights to cover in detail but here are just a selection of pictures from a brilliant day for athletes from Craughwell! Well done to everyone – you are all brilliant!