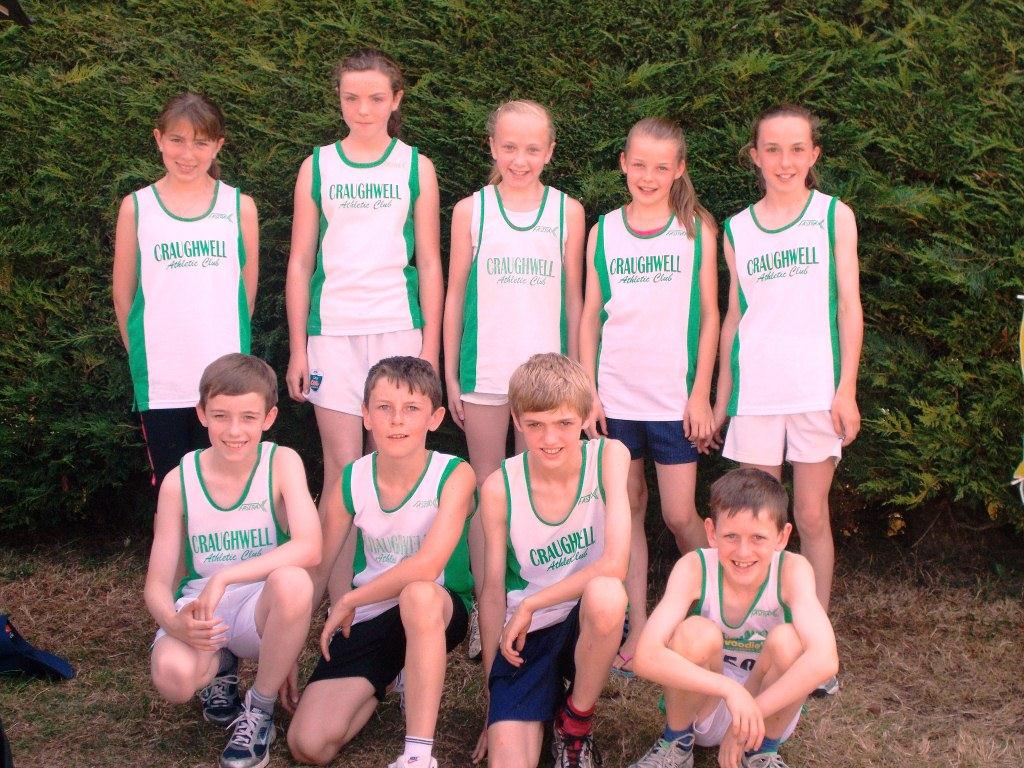 The National relay finals took place on Saturday where the club had 5 teams in action. There were no medals on this occasion in the club relays where the teams put in some Trojan performances and in most cases were significantly faster than their Connacht times. 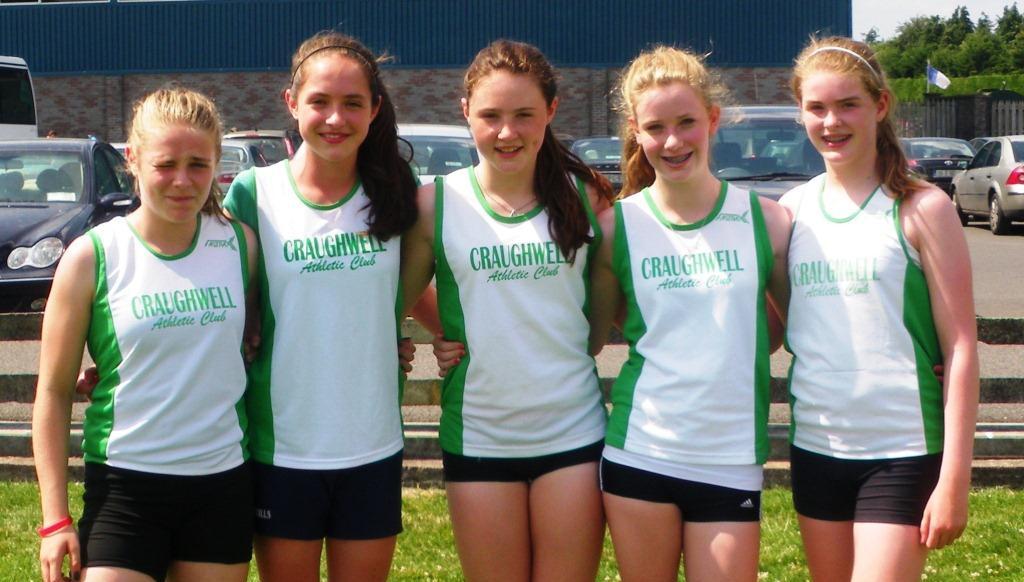 Both U14 teams were very unlucky with the girls time of 54.70 taking 3rd place in their heat but missing out on qualification by 0.22s. Their time would have placed 4th in the final. The team were Caoilin Milton, Lorraine Delaney, Laura Cunningham, Caoimhe O’Donoghue and sub Aoife Walsh. The U14 boys raced to a time of 52.4h which was the 2nd fastest of the heats but were terribly unlucky to be disqualified for a zone fault. Their heat time would have placed 3rd in the final. The team were Sean Delaney, Cian Waters, Oisin Lyons, Daniel Callanan-Forde and sub Micheál McFadden. 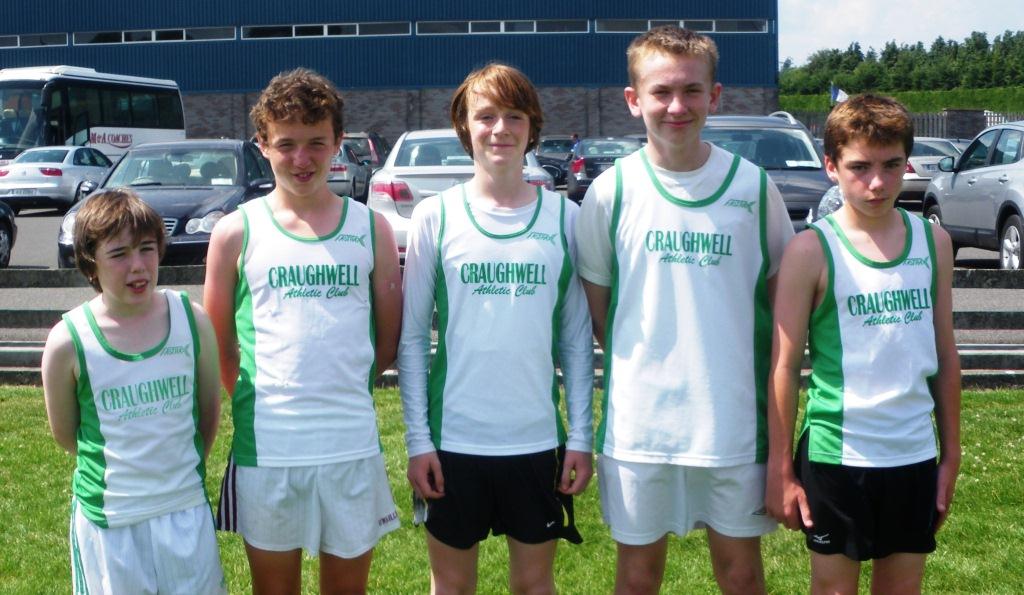 So no medals from the club relays but plenty more excitement in the inter-county relays which took place next. Alison Leahy and Siona Lawless ran on the Galway U13 4x100m team that ran well to place 4th in the final. Oisin Shannon claimed his first National medal as part of the county team that took bronze in the U13 Boys 4x100m. Michelle Duggan, Caoimhe O’Donoghue and sub Mary Dunphy took silver in the U15 Girls 4x100m – with Caoimhe running a strong second leg and Michelle taking the baton in 3rd place in the final leg and edging into 2nd place for the silver. Cillian Dolan ran on the U15 Galway team but unfortunately the team were disqualified for a lane fault. Sinead Treacy had a strong start in the U17 Girls 4x100m passing to GCH’s Meadbh Brannigan and Aisling Ni Flathertha before Tara McNally received it in 3rd place and had an incredible finish to overtake all opponents on the final straight and take the gold medal. Claire Ryder took silver with the Galway U19 Girls 4x100m while Conor Duggan did likewise with the U17 Boys 4x100m. 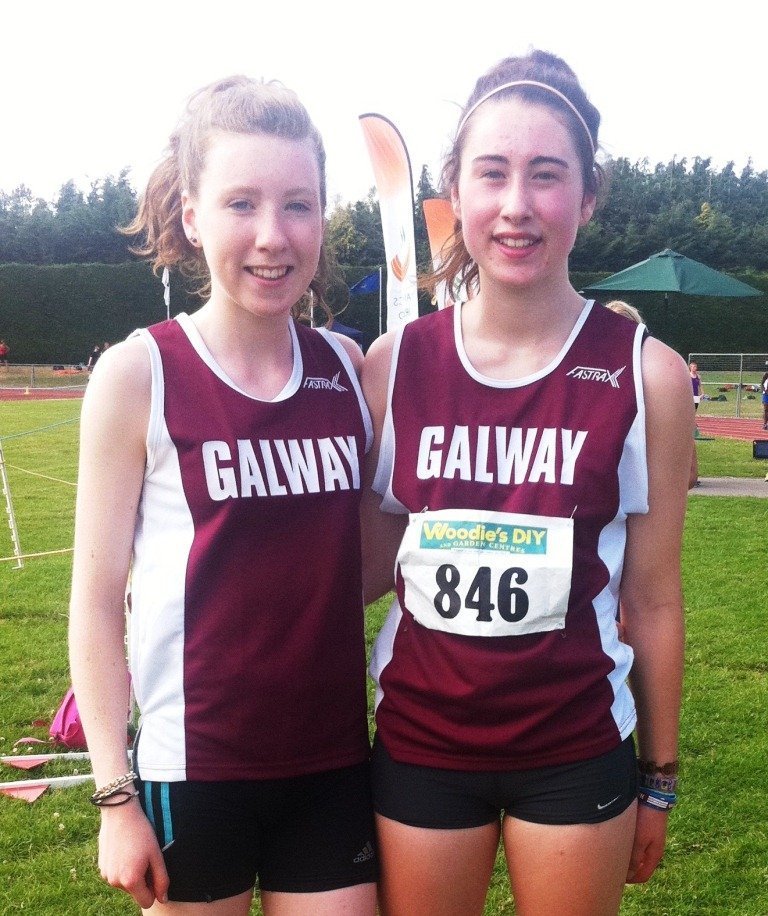