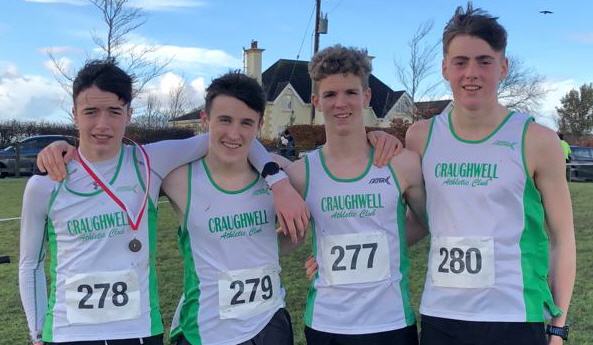 Our athletes hit the M17 yet again for another day out at the second day of the Connacht cross-country which was held in Beleek, Ballina. One of the finest cross-country courses in Connacht, I can still recall my first trip here for the primary school’s cross-country finals way back in 2003 when Craughwell NS raced to a terrific first Connacht title in the Senior Girls 1000m. The hills haven’t gotten any smaller since then and coupled with very cold and sometimes wet conditions today, it made for a very formidable challenge for our young and not so young athletes.

Our U11 Girls were first into action at noon for their 1500m. With the wintery showers just starting to bite before the race, it was a very tough race for the girls. But as the saying goes, “when the going gets tough, the tough get going” and our girls put in an exceptional performance to race to a fantastic team silver. Keevagh Barry and Emma O’Donovan got off to a brilliant start and battled hard all the way around with Keevagh finishing in an impressive 9th place and Emma 21st. Emma was followed swiftly by Kelly Hallinan in 23rd, Ciara O’Connor 24th, Amelie Bocquet 26th, Aeveen Kelly 31st and Erin Dillon 45th in a field of over 70 runners. You could see the cold written all over the faces of the girls at the finish line, so to run so well and take team silver was just fantastic. 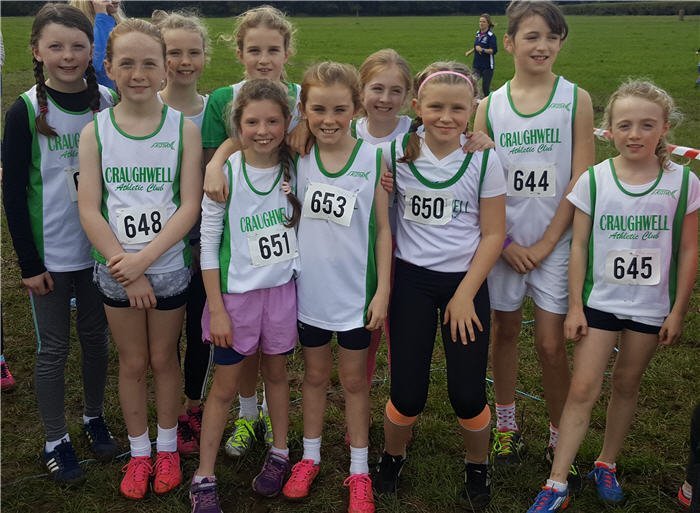 The U11 Boys were up immediately the girls finished and straightaway Keelan Moorhead got out fast with the leading group and held on strongly right through the race to take a brilliant 6th place, with Declan O’Connell hot on his heels in 7th. Declan had gotten blocked in a little at the race start but made massive progress up through the crowded field on the first half of the race for a brilliant finish. Cian Brady has an outstanding run in his first Connacht final to take 15th place and was followed closely by Orrin Gilmore in 23rd, Stephen Ruane in 25th, Jack Farrell 31st and Josh White 72nd. The boys’ efforts were rewarded with team silver, a brilliant achievement and the 4th time that the club have medalled in both U11 races on the same day. 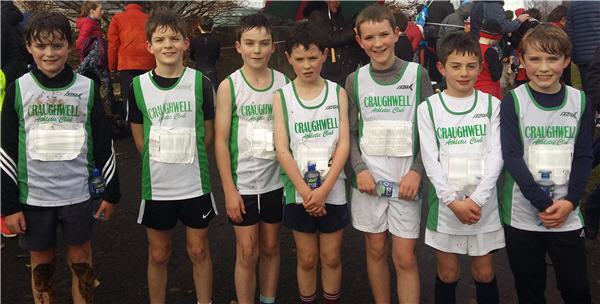 We didn’t have enough runners for teams in the U13 2500m races but nevertheless there were some fine individual performances, with Holly O’Boyle racing to 32nd place and Claudia McGuiness close behind in 37th. In the boys’ race, Conor Cahill made his debut for the club with a fine 33rd place finish a year out of age and Sean Liston had a strong run to place 42nd in a quality field.

The U15 Girls were our next team into the fray where Fauve Aylmer put in another outstanding performance to take 4th place overall, sticking with the leading group of 5 for most of the 3500m and only drifting back into 4th in the final 1000m – a super performance out of age. Clodagh O’Meara also stepped up a gear, moving up multiple places in the latter half of the race to take brilliant 8th place. Emily Miskella had a fantastic race also – steadily getting back to her brilliant best with a 10th place. Aoibhinn Keane completed the team scoring with a 29th place finish to help the team to the team silver with a good score of 51 points. The girls’ performances also earned county gold for the Galway team, with 3 of the scorers from our club. 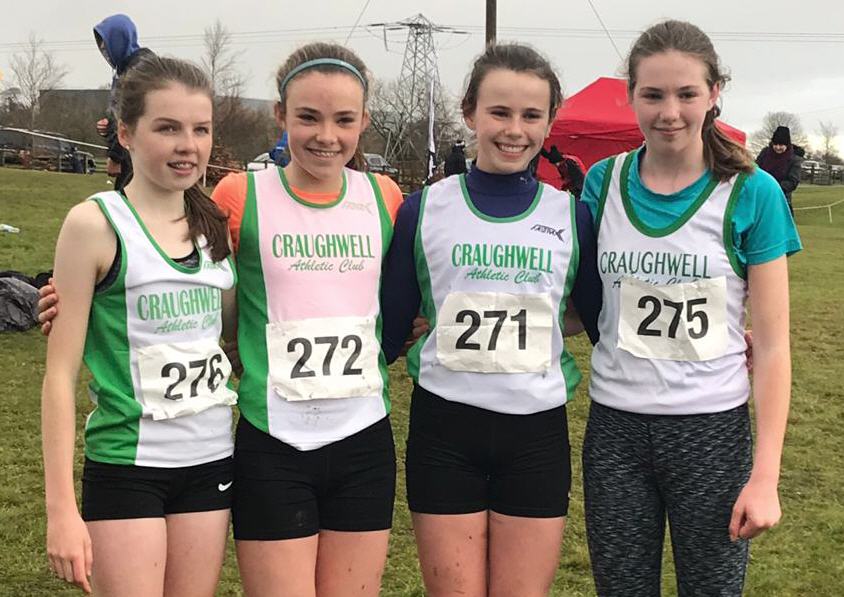 Onto the U17 girls 4000m which was ran in conjunction with the U19 4000m, where Ailbhe Miskella put in a trojan race to take individual 4th place – unlucky not to make the podium but Ailbhe’s highest placing yet in Connacht cross-country and one that is richly deserved for an exceptionally dedicated athlete. Our U17 Boys were next into action in their 5000m where led by Sean Cotter, they put in a brilliant team performance to take the Connacht title with a score of 26 points. Sean led the team home with a brilliant bronze medal, followed by the ever-improving Oisin Davis in 5th, Kyle Moorhead 8th and Luke Burke 10th with all 4 of the lads also scoring for the Galway county team that took team gold. We didn’t have a team in the U19 boys 6000m but this didn’t deter the Noonan brothers Patrick and Sean from putting in a tremendous display of running to take 6th and 10th place, with both scoring on the county team that took team gold. What was even more impressive was that their runs came less than 24 hours after competing in the Irish Kayaking Trials where Sean placed 1st and Patrick 6th with Sean’s performance earning him selection for the Irish Junior team for the forthcoming Kayaking International. Luckily a kayak was not required to negotiate the cross-country course in Beleek today! 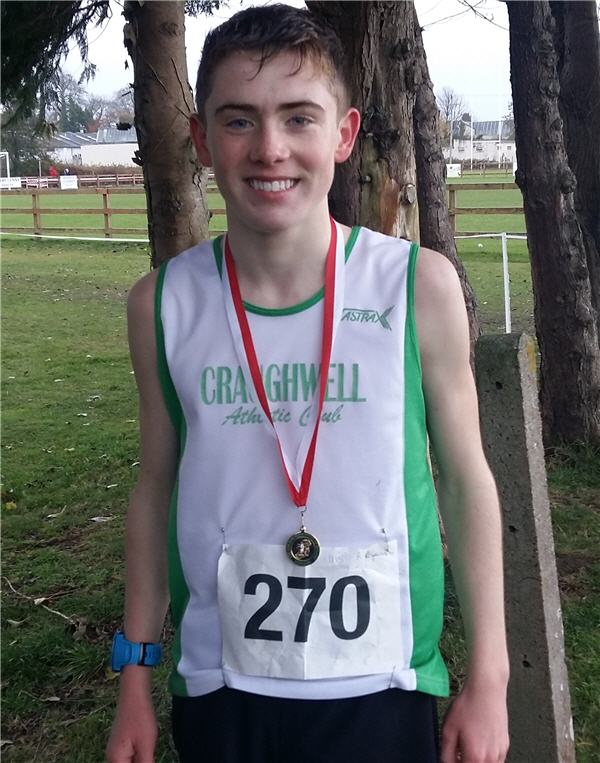 With the juvenile races done and dusted, it was now time for our athletes to shine in the senior races. Caron Ryan fresh from her dominant performance in last weekends Connacht U20 4000m, put in another splendid performance to comfortably win the Senior Women’s 4000m – an impressive performance from an athlete who is going from strength to strength in every race. And in the senior men’s race, marathon specialist Kevin Mooney only 2 weeks after his brilliant club record run in the Dublin marathon, made his debut on the turf with a superb 5th place finish in the Senior Mens 8000m. Kevin was followed in by the sprightly Mark Davis with a brilliant 13th place finish despite carrying an injury and by Jack Miskella with a strong 17th place finish, one that will place him on or close to the podium in the Novice men’s category when the results of the 3 Connacht senior races are tallied.

So another great day for the club and well done to Moy Valley AC and the Connacht committee on a very well run event despite the wintery conditions.