Caron Ryan (representing her school St Raphaels Loughrea) raced to a magnificant vicotry in the Connacht Schools Senior Girls 2500m crosscountry yesterday which was held in Calry Sligo – a venue that many of our athletes will be familar with from years of primary schools cross country finals.

It was an impressive performance by Caron who used the Kilconiern 5 mile race on Sunday as a warmup race and duly won that too! You can read about Caron’s victory in Sligo on the AAI Website. Damian O’Boyle battled to the silver medal in the Senior Boys 6000m while Kyle Moorhead (Pres Athenry) had one of his most impressive performances ever when placing 4th in the Minor Boys 2000m. In fact it was a splendid day for his Pres Athenry schoolmates who took team victory in the Senior Girls 2500m and took the bronze team medals in the Junior Girls 2000m and Junior Boys 3000m. Jack Miskella underlined the fantastic progress he is making with an 11th place finish in the Senior 6000m. I will post full results here when available.

Another notable weekend performance came from Ben Ryan (Caron’s brother) who raced to the Junior Men’s title in the Kilconiern 5 mile at the weekend making it a double victory for the Ryan family with Caron having won the Senior Women’s race. Their times were very impressive with Caron winning in 35.05 and Ben winning in 31.01 and placing 7th overall amongst the senior men. Results are here:- http://www.kilconieroncharityrun.com. 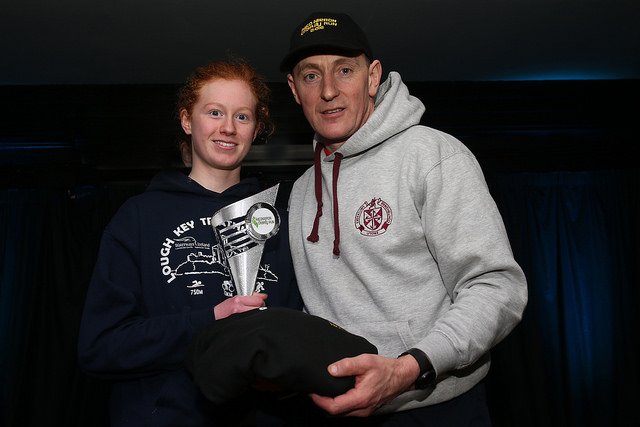 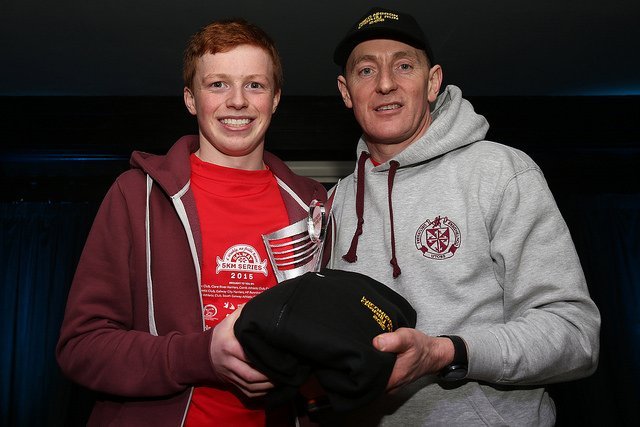 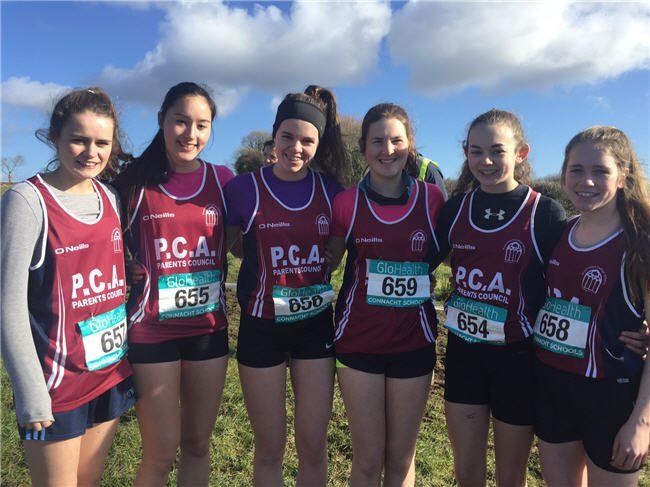 Pictured above are the Pres Athenry Senior Girls team who won the Connacht title yesterday – the 5th time this group of girls have won a schools Connacht cross country title. Led home by Shannen Lee in 4th place, the team saw athletes from Athenry AC and Craughwell AC combine forces for a super vistory – including Grainne Mc Daid, Natasha Carrick, Aisling Keane, Aoife Gavin. The Pres junior girls got bronze with a great individual performance from Sara Gilhooley to come 5th. The team was also made up of Emma Boyle, Catherine Noonan, Aisling Carr and Ailbhe Miskella. The junior boys also claimed bronze with their team of Patrick and Sean Noonan, John Regan, Darrragh O’Connor, Padraig Kelly and Finbarr mc Fadden. Strong performances also from Aine O’Farrell, Jack Miskella and Freya Bohan to qualify as individuals for the all Ireland’s to be held on 5th March in Sligo race course.