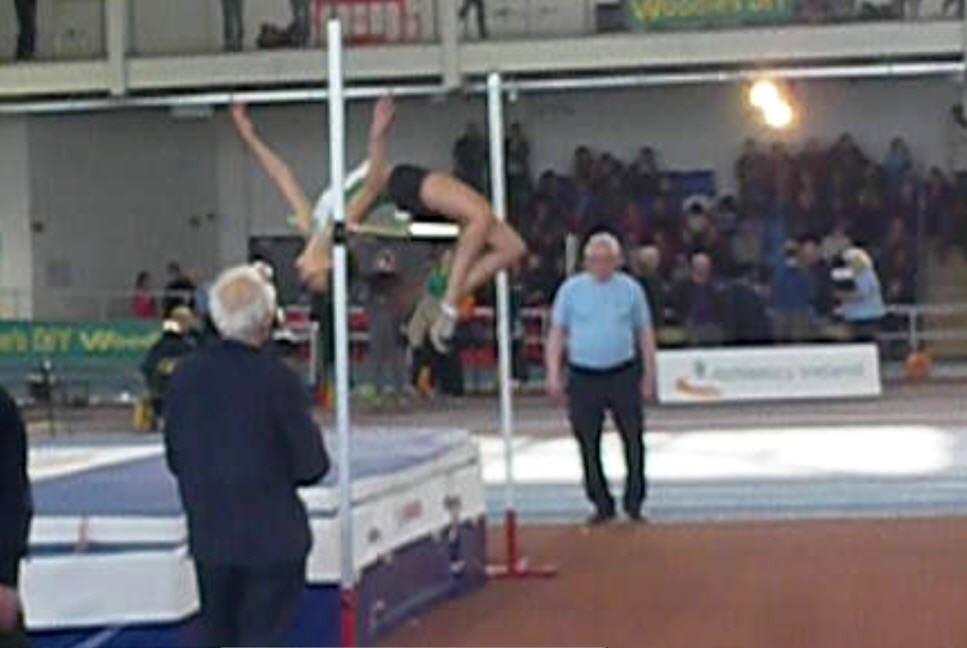 The club had a small number of athletes in action at the Natinal Junior and U23 Championships in AIT on Sunday where they put in some exceptional performances.

Conor Duggan’s sprinting progress continued when knocking another 0.05s off his PB and club record when running 7.23 in the Junior Men’s 60m, beating his recent PB of 7.28 from the Galway Indoors and last year’s PB of 7.37 from the National U17 Indoors. Aidan Conneely also lowered his PB with a fine 7.44 performance, knocking 0.07 off his previous best of 7.44 set at the Galway Indoors. Both men went on to set further PBs in the heats of the 200m with Conor again breaking his club record with a fine 23.46 and Aidan clocking a season’s best of 24.00. Both times are inside last year’s club record of 24.14 and indicate the very significant progress that the club is making in the sprints.

Sineád Treacy was in flying form when qualifying for the finals of both the Junior Women’s 60m and 200m. Sineád equalled her club record of 7.93 in the heats to make the final where she placed 5th but notably broke her PB and club record with a fine 7.87. In the 200s, Sineád ran a season’s best of 25.69 in the heats and followed it up with 25.84 to place 5th in the final.

Cathriona Farrell took the National U23 high jump title with a fine leap over 1.75m and made 3 close efforts to scale her recent PB of 1.80m but had to settle for the 1.75m and the National title today. Well done also to Athenry AC’s Sinead Touhy who took the silver medal. 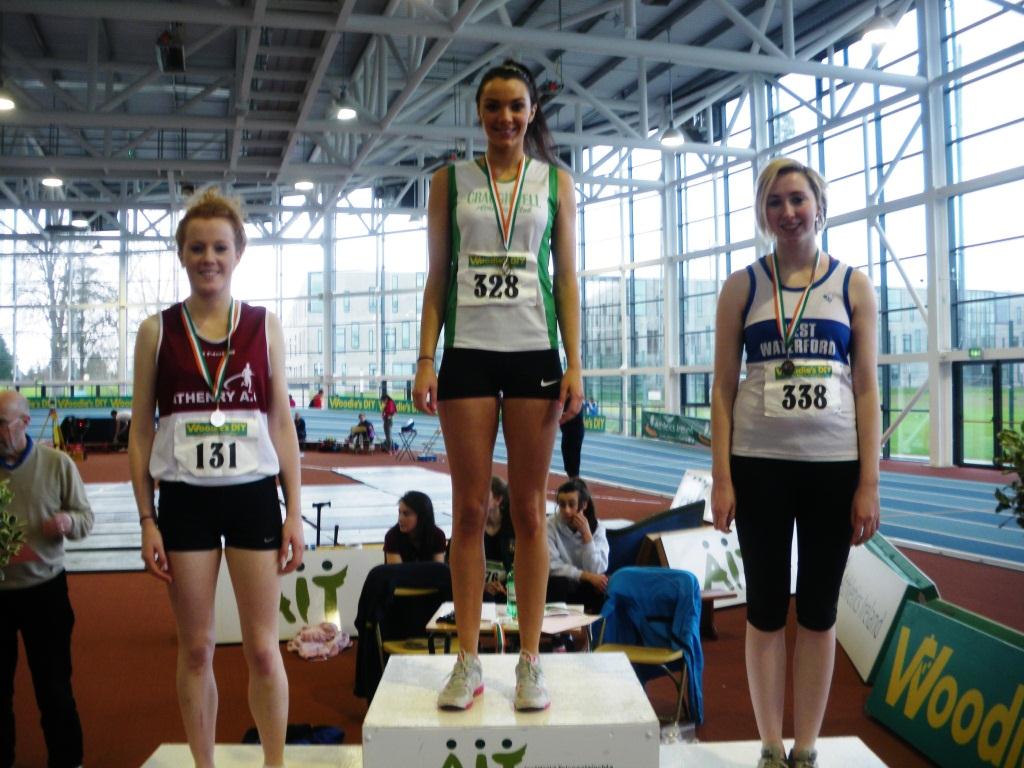 Peadar Harvey sliced another second off his 800 PB today in the National U23s. Having run 2.01.63 in the club indoor league earlier in January, Peadar followed this up with a 2.03.06 at the Munster U23s in Nenagh and came very close to breaking the 2 minute barrier for the first time today with a 2.00.43 to take the National bronze medal. In fact only for a 4-man mid-pack clash at around the 500m mark, Peadar would likely have been well under the 2 minute mark. One of the athletes on the inside clipped the white kerb and stumbled into Peadar who almost hit the Athlone boards but just about managed to stay on his feet. Unfortunately in the same near-pile-up, one of the athletes clipped Gavin Cooney’s heel causing his spike to almost fall off. That destroyed Gavin’s race who was placed on the leaders shoulders after 500m and who was on for a massive PB at a minimum. In the end Gavin had to jog out the final lap for a 2.16.20. GCH’s Keith Fallon had a fine run in the same race to take the National title and complete a very good day for Keith where he did the 800-1500 double.

In the Junior Men’s 800m, Paul Joyce once more demonstrated his incredible talent off a light training schedule when qualifying for the 800m final in a season’s best of 2.00.37 – 4 seconds faster than Paul had run a week earlier in the Galway Indoors and less than a second away from his PB. The first lap of Paul’s heat was ran in a crazy 25.x seconds – marginally faster than the world record of 1.42.67 which has not been surpassed in the last 17 years! Unfortunately Paul was unable to line up for the final which took place less than an hour after the heats.

Damien O’Boyle and John Cormican lined up in the Junior Men’s 1500m earlier in the day where Damien put in a blistering performance to place 5th in a tough last 200m. Leading the race for a large part of the earlier laps, Damien ran an excellent time of 4.13.71 only marginally outside his own club record but hadn’t pace over the final 200m on this occasion. John was well in the race to the midway point but slipped backwards after that but still ran a solid time of 4.31.77. As far as I can make out, it was John’s first time running an indoor 1500m so a very good debut time for the event.