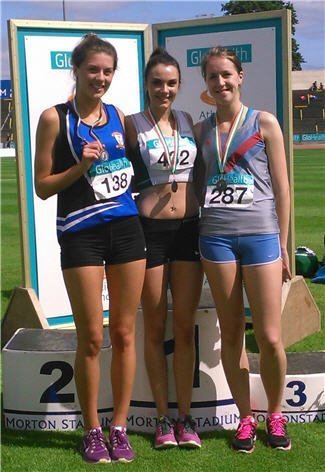 Cathriona Farrell claimed her first National Senior outdoor title at the weekend when winning the Senior Women’s High Jump at the National Track & Field Championships in Santry on Sunday.

Hampered by an Achilles injury for a number of weeks Cathriona was in excellent jumping form, taking victory with a jump of 1.75m. This was a fantastic achievement for Cathriona after a spell of several weeks where she was not able to do any jumps practise due to the Achilles injury. In fact the only times Cathriona had jumped in the last 4 weeks were the European Team Championships in Estonia and the National U23s so to jump 1.75m and to come very close to clearing her outdoor PB again of 1.80m was exceptional.

This is the third National Senior title for Cathriona having won the indoor title on 2 occasions in 2011 and 2012. Cathriona’s indoor PB of 1.81m places her 6th on the all-time best performances indoors by Irish high jumpers while her recent outdoor PB of 1.80m places her in joint 8th on the outdoor list.

All-in-all it was a fantastic year for Cathriona despite the late season injury and augurs very well for next year’s indoor and outdoor seasons and hopefully another string of personal bests, records and National titles.

At the same Championships, Jamie Fallon and Damian O’Boyle made it proud moment for the club with silver and bronze in the Junior 3000m in exceptional times of 8.44.74 and 9.01.52. It was a gritty performance from both athletes with Jamie leading for a long spell and just losing the lead on the last lap and Damian picking himself up from a fall in the men’s 800m a day earlier to bounce back and claim National bronze in the 3k. Also in action in Santry, Sarah Finnegan took 6th place in the triple jump with a leap of 10.12m.

Meanwhile, Sineád Treacy journeyed to Cardiff in Wales with the Irish Schools team who were competing against the best schools athletes from England, Scotland and Wales. Sineád placed 5th in the 200m in an excellent time of 25.15 and also ran brilliantly on the Irish 4x300m who were just narrowly pipped for the gold medal by 0.24 of a second by the English team. 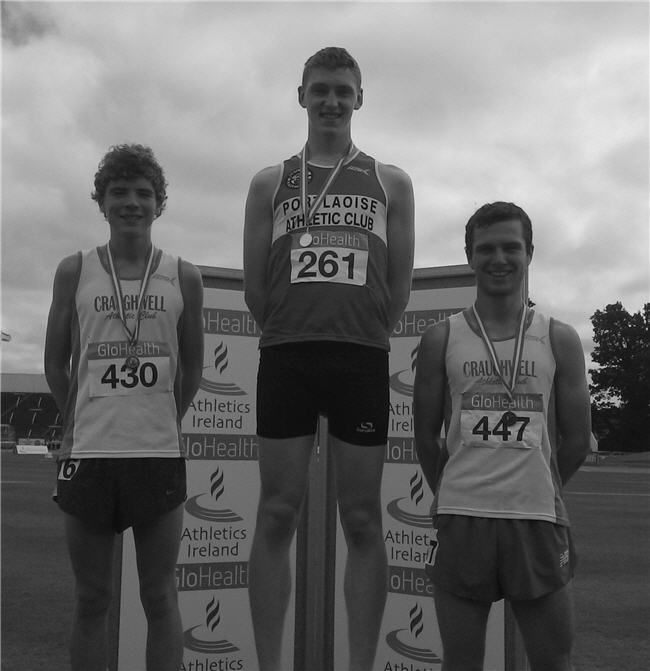