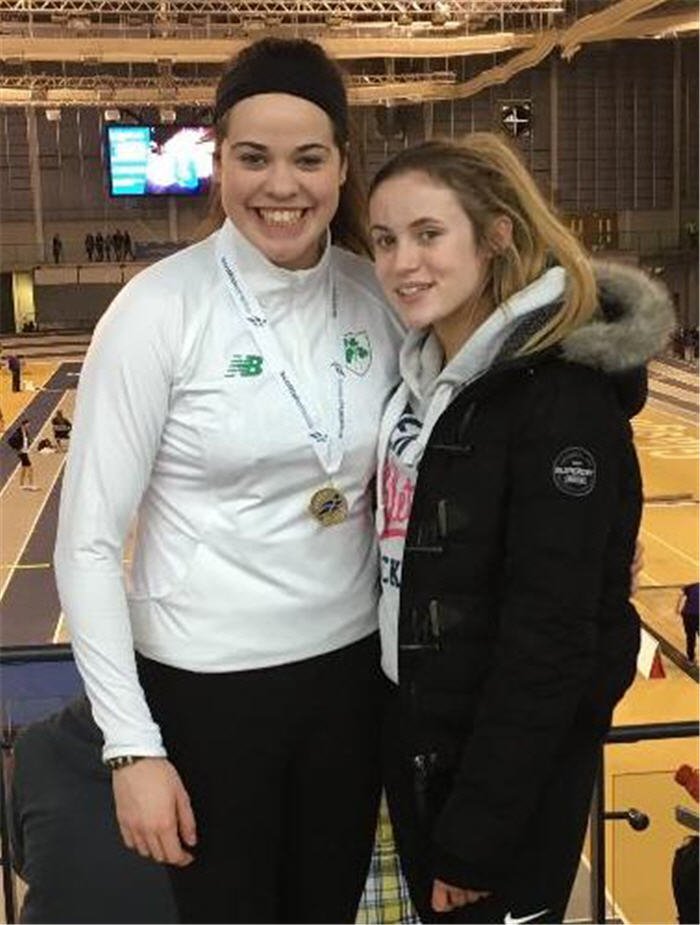 Chloe and Leanagh pictured at the Emirates Arena in Glasgow

For over ten years now, the club have travelled each year to compete in the Scottish National Indoor Track & Field. It’s a brilliant trip and highly recommended for our athletes. This year unfortunately due to clashes with our own National Championships we had only 2 athletes travelling – Chloe Casey and Leanagh Gilligan. Both athletes put in exceptional performances to continue the club’s fine tradition at these championships.

Chloe put in a commanding performance to take the Scottish U17 Women’s Shot Putt title with a massive throw of 13.17m – over a metre clear of her nearest rival, while Leanagh was also in strong form in the U17 Long Jump placing 9th with a leap of 4.85mm. Both girls battled hard later in the day in the heats of the 200m with Chloe 5th in her heat in 28.92 and a similar result for Leanagh in 30.47.

Parents with athletes in secondary school should make a mental note of the event for next year. It generally happens in January for the U17s and in early March for the U13s and U15s … although this can change and is not confirmed by Scottish Athletics until October or November each year. It’s a super trip – not too expensive, they speak the same language over there (almost) and Glasgow is a great city!