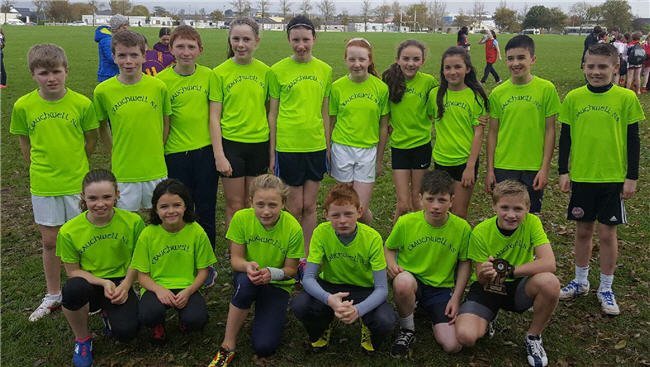 Both Craughwell NS and Scoil Mhuire Clarinbridge put in outstanding performances at the Cumann na mBunscoil cross country in Renmore on Wednesday where Craughwell took the team title in both the Junior Boys 800m and Senior Boys 1000m and Clarinbridge did likewise in the Senior Girls 1000m.

In the Junior Boys race, Evan Moran led his team to victory with an exceptional individual victory followed by Luke Flynn, Evan Hallinan (who raced to a fine finish despite a heavy fall early in the race) and Danny Gilligan. In the Senior Boys race, Robert Urquhart had yet another outstanding run with a 3rd place individual performance followed closely by Ross McGuinness, Darragh McCartin and Eoin Byrne.

Clarinbridge took the honours in the Senior Girls race with Saoirse Moore, Aoibhe Carr and Katie Scully all featuring strongly while Jade Moorhead was the leading Craughwell NS runner in 7th or 8th place. In the Junior Girls, Clodagh O’Meara was unlucky to finish just outside the individual honours when taking 4th place with a fine run while Clarinbridge’s Cian Lavan also had a fine run in the Junior Boys with a 2nd place finish.

Another great day for athletes from the club! 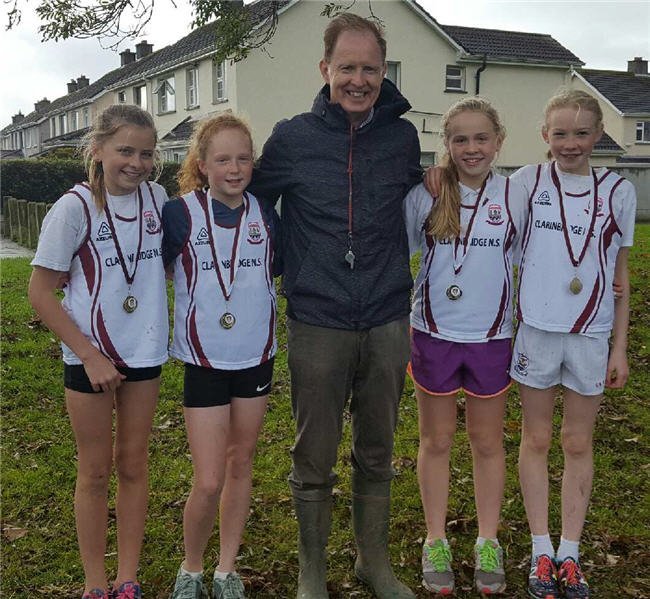