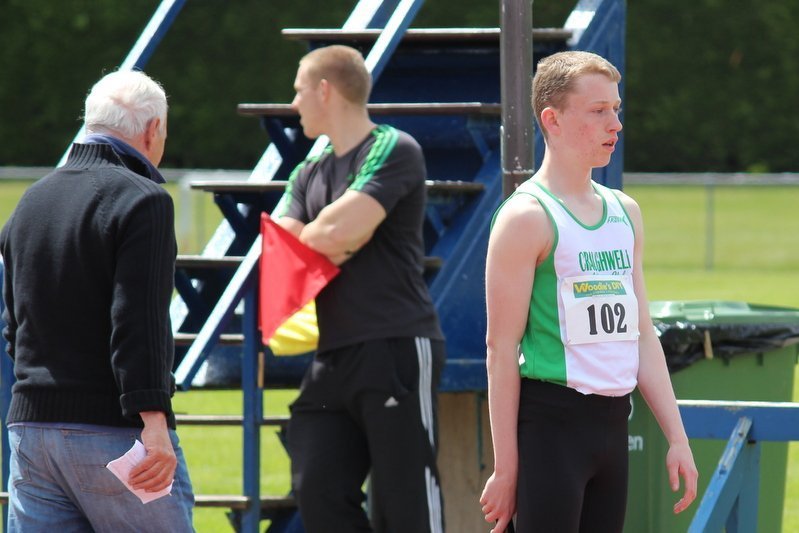 The weather was four seasons in a day as Craughwell put on some fine performances in Round 1 of the National League in Tullamore on Sunday.  It started out a scorcher but went all “November” on us in the middle before brightening up somewhat near the end.

The change in conditions definitely affected some of the track times, but as has become the norm recently with our rapidly improving set of track specialists, several club senior records were still set.  This will be a pretty brief report!

For those that aren’t too familiar with it, the national league is a team competition in which clubs and counties get the opportunity to enter teams over the full gamut of disciplines.  Every wanted to try the pole vault?  Triple jump?  Steeplechase? National league is the spot.  Particularly in the most specialised events (i.e. not running) the standard is very varied and the other competiors are very supportive of people “giving it a go”.  Craughwell had good representation in the shape of a full men’s team and 3 women playing key roles on the Galway ladies team.

Starting with the ladies, Maeve started on the road back from injury with a fine 7:08 in the women’s 1500 walk – though far off her best it was a great start after a difficult season and it was good enough to see arguably our finest athlete take second place in the premier division! Sarah did an excellent 19.72 100mh and a strong 9.58m triple jump.  Rachel competed in the 400mh and ran a solid 73.54 for the lap of the track.

For the men, Conor Duggan was the highest points scorer of the day with a brilliant contribution of 1st in the 100m with 11.72 – only a little off his pb.  the 100m was just shortly after the 200m (bad timing aai in my opinion!) and he would probably have set a pb in it if not for that.  Conor did record a pb in the 200m, which I think is a club record (Mike please verify).  He really is an incredible talent and the club are very fortunate to have him.  Conor also played the starting role in the 4×100 team along with Keelan, Paul and Nicholas which set a new club record of 47.06.

Shortly after the 4×100, the 1500 took place and it was of an exceptional standard, including both the premier and first divisions together.  To get an idea of the standard of teh race, I think Gary Thornton finished 4th!  Craughwell was represented by rising star John Cormican and Matthew Moran.  As the field got split by surges of pace, John found himself isolated in between the lead group and the chase pack, and ran much of the race on his own, finishing with 4:21 in a tough battle with Catch Grennan.  Not a pb but a great run in the circumstances – I’m pretty sure his time would have been even faster if he wasn’t isolated for much of the race.  Matthew continued on the injury comeback trail with a typically gutsy performance, easing up on the last lap to finish in 4.42.

One of the most hotly anticipated battles of the day was between Paul and Damian in the 800.  They both came into the race with similar pbs but totally different styles.  Paul is a smooth, outwardly relaxed runner with the most perfect distance running style in the club, whereas Damian is one of the fiercest competitors I’ve ever seen, leaving not an ounce behind him.  If a race is to come down to who wants it more, Damian will always win 🙂 (quoting someone here).   As always, the clock is the real opponent – coming into the race only Paul ahad broken 2 minutes, and never outdoors.  Anyhow the race set off really quickly, too quickly really with a 56 second first lap.  The lads didn’t drop much pace over the second lap to finish within a few yeards of each other – Paul in front in a club outdoor record 1.59.53, and Damian just after in an agonising pb of 2.00.22.  Epic stuff!

Speaking of epic, the next race was like a scene from braveheart, and one of the highlights of the day.  Keelan bravely agreed to try the gruelling 3k senior steeplechase the night before the event as I scrambled to put names against events to give us good coverage.  This was despite the fact that Keelan had never tried out hurdles before, or even jumped the junior-sized steeples.   He ran outstandingly, developing his own unique hurdling style (half climbing, half hurdling) as he went around and finishing second in the first division race with a super time of 11.07.  This was a sensational run from Keelan, and is definitely an event that he can look to again.

In the “taking one for the team” category, I have to come close – I tried out the Shot put (a very poor 6.9m), the discus (a quite embarrasing 13.89m).  I also lined up last-minute for the 5k but unfortunately my hamstring went about 2k in so I withdrew – I was on my way to being lapped anyhow as the standard in the event on this day was quite high – with the winner (Gebresallaise was his name actually, but not Haile) running 15.02 at a canter, and the rest of teh field not far behind him.

The final event of the day was the 3.37 4x400m where a team of Nicholas, Paul, John and Damian took a huge 20 seconds off the club record set by myself, Peter, William and Johnny a few years ago.  We were narrowly beaten into second place by an extraordinarily strong Clare team. 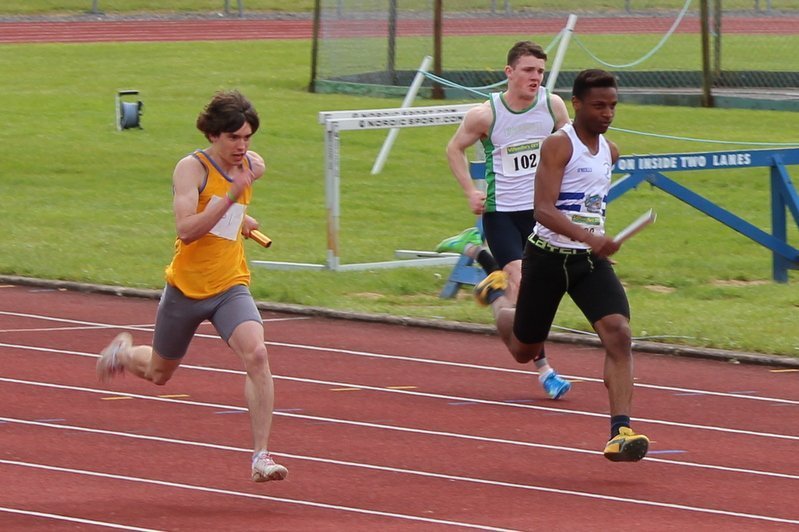 The total for the Craughwell was 65 points.  If we had a full range of events covered we would be well up there, but it was an excellent points total considering how few events we covered.  We still have an outside chance of qualifying if we put in a full team in the next round – especially with the likes of Gerry, Jamie, Jason, Paul, etc to come back into the squad – not to mention our jumpers and Eamon for the throws, etc.

The Craughwell results are below: