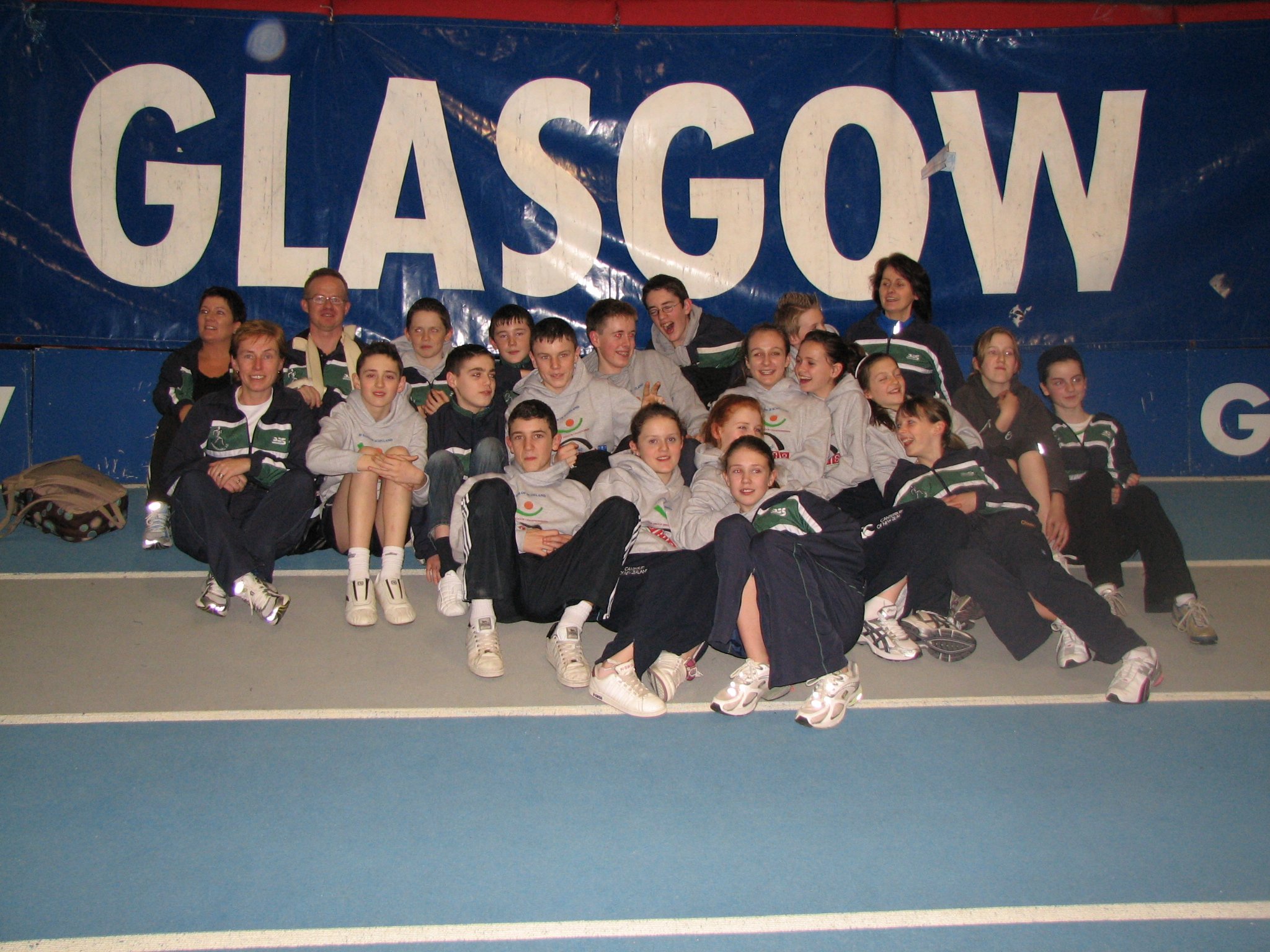 The juvenile club plans to organise its 3rd outing to the Scottish Indoor track & field in February 2010. The Scottish Indoors is open to competitors from Ireland and is a wonderful opportunity for athletes from the club to compete abroad. A large group travelled on our first excursion in 2007 and a smaller group in 2008. On both occasions, athletes and parents had a highly enjoyable time.

We plan to go again in February 2010. The dates are not confirmed yet but I need to get an idea of numbers travelling. Please let me know at training whether you are interested in going. Once the dates are confirmed, I will confirm with each athlete who has expressed interest.

Read on for more information.

The trip is mosly targetted at athletes in Secondary School rather than Primary School on the basis that its something to look forward to when they are a little older – although 1 or 2 athletes in 6th class have competed in the past.

The age groups are U13, U15, U17 and U20. The cut-off date is different to what we are used to in Ireland – its 1 January in Ireland whereas its 1 September in Scotland. So for example if you were born on or after 1st September 1995, you'd be an U16 next year in Ireland but would still be an U15 in Scotland.

Normally its on the first or second weekend of February – U13/15 athletes compete on the Saturday and U17/20 athletes compete on the Sunday. For the U13/15 athletes, travelling over Friday and back Sunday is ideal. For the U17/20 athletes, its wiser to travel back Monday because the schedule of events won't be known until early January and may run late on Sunday. Personally I think its as well to go for 3 nights and have a bit of time in Glasgow on Sunday/Monday – the hotels we've used in the past are right in the city centre and there's plenty of shops about with very reasonable prices.

Costs per person will be roughly €40/night for the hotel, €30 for transport, €70 for flights – plus whatever you eat!

The following articles on this website describe the 2 previous trips – if you want to get a feel for what is about:-

There is no pressure on any athlete to go – its entirely a decision made by the athlete and their parents. Anyone going however will be expected to make a decent effort to prepare well at training between now and then – in order to represent themselves to the best of their ability in Scotland.

The standard of the Scottish championships is similar to that of the Irish championships. You can see previous years’ results/standard at http://www.scottishathletics.org.uk.

There are no team events, with individual events as per below:-

Please let Michael Tobin know by email or at 087 6591879 if interested in travelling.