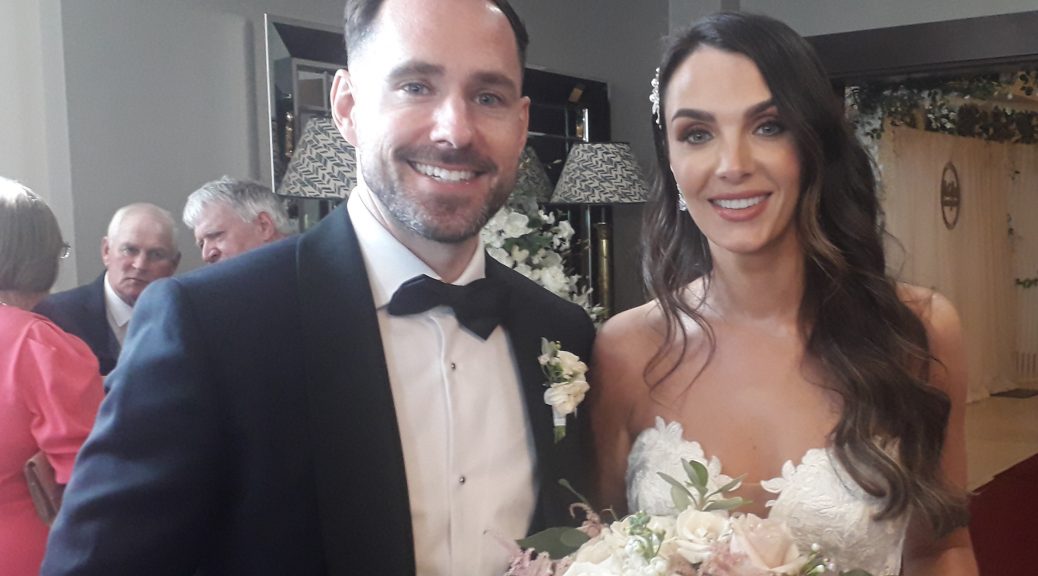 A huge congratulations to our most decorated athlete Cathriona Farrell and her husband Greg Cunningham who got married on Friday in a lovely ceremony in the Claddagh in Galway.

Cathriona has had many a big day in her sporting life as has Greg, but it was outshone on Friday on the biggest day of both their lives.

Some of our newer members and parents in the past few years might not be as familiar as the rest of us with Cathriona’s achievements in athletics so I will give a quick run-down of them here. I will stick to the National titles so as not to run out of space!

As well as a string of National titles in the prestigious Irish Schools Championships, the U17 National High Jump title in the English AAAs which is the top competition in the UK, a National cross-country team title as an U11, lots of National silver and bronze medals, countless Galway and Connacht titles, as well as numerous Galway and National athletics awards. And several international appearances including a few podium finishes in the English National Championships where on one occasion she almost beat the World Pentathlon Champion Katrina Johnson Thompson in the English U20s Championships – Johnson Thompson later went on to set the current British Senior High Jump record. And as an U18, Cathriona very nearly took the bronze medal in the European Youth Olympics with a super 1.79m leap and only losing out on the bronze when a competitor cleared 1.82 on her final attempt.

To say that the club and her coaches and the parish are fierce proud of Cathriona is the understatement of the year. She was and still is a role model for the youth of the area and was a huge influence in helping the club to become what it is today.

The club wish all the happiness in the world to Cathriona and Greg and look forward to their return to Galway in the future when they finish their working stint in the UK!