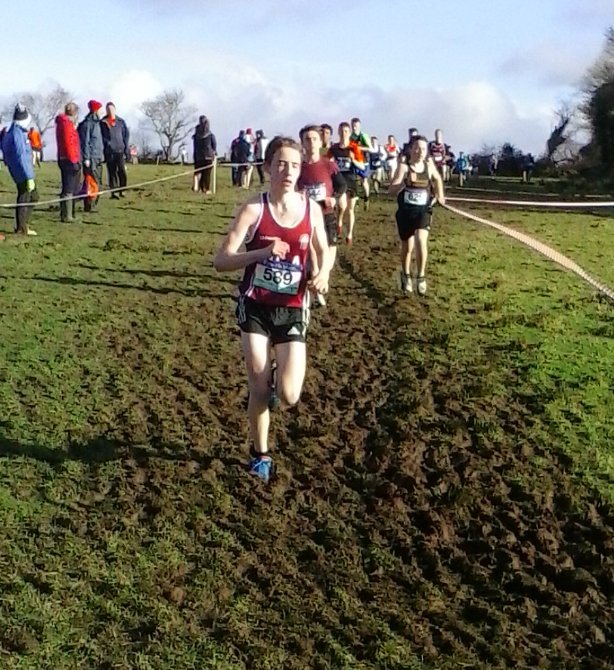 Many of the clubs’ secondary schools’ athletes headed to Sligo yesterday for the Connacht Schools Cross Country Finals. Calry Community Park lived up to its reputation as being one of the “muckiest”, toughest cross country courses. Yesterday possibly beat all other years on the mud scale!!!

Arriving to Sligo the weather was beautiful with bright sunny skies, and one would have thought clean, dry fields. This wasn’t to be the case. There are plenty of weary muscles today as legs had to work twice as hard to pull the feet up out of the mud at every step of the way.  Endurance runners are hardy and brave, and none of this phased them as they hit the battle field.

First to run were the Minor girls, with Emily Miskella (17th), Molly Sullivan (21st), Rebecca Flynn (29th), Ava Finn (31st) and Emma Jane Moran (46th) all from the Presentation College Athenry.  With so many of the girls in the top 30, it was a pity to see the narrow margin that left them missing out in qualifying as a team for the All Irelands. Other athletes running include; Chloe Farragher (32nd)-St Brigids, Loughrea, Lauren McNally (44th) – St. Raphael’s, Loughrea and Hannah Hynes (56th) – Calasanctius College, Oranmore.

The Minor boys were next and Liam Leen charged out into the lead where he dominated the entire race, until the last 150m where he was just overtaken on the home straight by two athletes.  Somewhere along the course his shoe came off and he was seen crossing the finish line (shoe in his hand). His fine performance earned him a bronze medal and qualification to the Schools X Country All Irelands. Conor Hoade also had a fine race coming in at 37th place. Presentation College, Athenry took the bronze team medal. 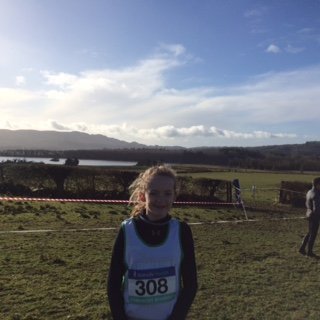 As if it wasn’t muddy enough, with two races completed the Junior girls had a tough race ahead with conditions underfoot extremely slippery.  At one part of the course, you could see athletes actually sliding down the hill that they had battled to climb. The first Craughwell girl over the line was Ciara Sheppard (Calasanctius College), who I would say ran her finest race to date. Ciara has been struggling with an injury over the past 6 months, and only recently came back to regular training. She has put in a tremendous effort over the past few months, which really paid off today in Calry and coming in 15th place earned her a place in the Schools All Irelands. There were other great performances from Sarah Woods (25th), who held her position throughout the race (and who is going from strength to strength with each race she has run this season), and Freya Bohan (30th) who helped the Presentation College Athenry to a Bronze Medal and a qualification to the All Irelands in Belfast next month.

In the Junior boys’ category, the Connacht Silver Team Medal was won by Presentation College Athenry and again saw superb performances by our Craughwell boys, with Kyle Moorhead leading the team coming in at 17th place, followed by Oisin Davis, 28th place (Oisin has recently been spotted running up and down Caherquin Rd. with his dad which has earned him this fine place in the team finish) and James Furey 71st.

Connacht Schools X Country Silver Team Medallists (Pres, Athenry) Intermediate girls, included Ailbhe Miskella and Catherine Noonan, who both ran extremely well to finish in 10th and 23rd positions, with Ailbhe making it to the finals as an individual.

Sean Noonan and Finbarr McFadden featured strongly on the Intermediate Boys Pres team, and held their places in the top 30 and top 40 throughout the race, to charge to the finish line, with Finbarr coming in at 26th place finish and Sean 43rd. Missing from the Craughwell Boys was Patrick Noonan who unfortunately fell sick this week.

Taking into consideration the extreme conditions all athletes showed great determination and strength.

Let’s not forget to thank all the parents who travelled up and supported the athletes. 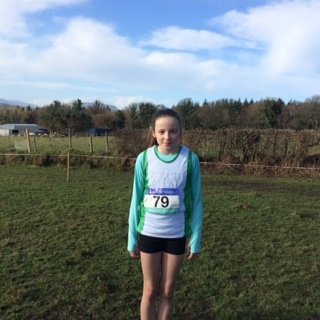