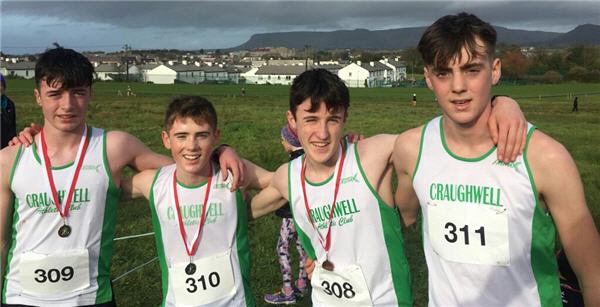 A hardy band of Craughwell AC athletes travelled north to Sligo yesterday for day 1 of the Connacht juvenile cross-country held in Sligo racecourse.

The day got underway with the U12 girls 2000m where Claudia McGuinness and Amelie Bocquet had solid runs to place 32nd and 41st. The U12 Boys were off next in their 2000m with a strong performance from Fionn Higgins in 12th place leading the team home to 4th place and just outside the medals. Fionn’s performance earned him team silver with the county team and he was followed in by Darragh Reidy in 19th, Jack Farrell 29th and Sean Lavan 30th. 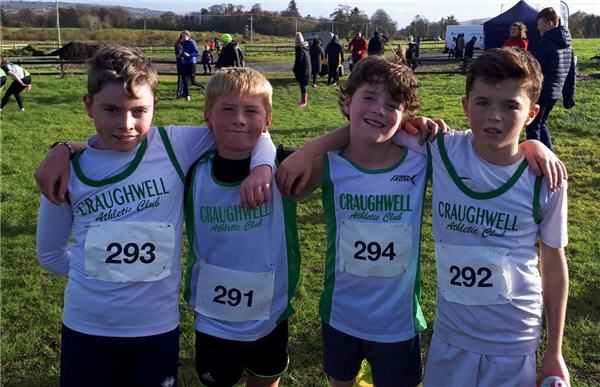 The U14 Girls toed the line immediately afterwards for their 3000m, faced with 2 laps of the tough Sligo loop and its never-ending steep incline at the end of each lap. What goes up must come down however and the girls made the most of the downhill with some remarkable performances. Fauve Aylmer is going from strength to strength, rattling off PBs in 800m and steadily rising up the cross-country ranks as the years go by. As an U11 in 2015 Fauve placed 53rd in the Connacht cross-country. Yesterday Fauve’s performance was inspirational when taking the race out hard in the early stages and leading from the front, she battled to a brilliant Connacht title – her first Connacht cross-country title and the first girl from the club since Dearbhaile Walsh in 2011 to become Connacht Cross Country Champion and joining Dearbhaile and Linda Porter as the only girls from the club to do so prior to today. And with an equally brilliant performance, Clodagh O’Meara also put in a fantastic race, staying in contention with the leading group right throughout the race and putting in a lung-busting final 600m to move from 6th or 7th up into 4th place, almost getting into the individual honours – a fine performance from another super athlete. Not far behind Siofra Davis and Holly O’Boyle raced home in 20th and 26th place to help the team to the silver medals just 1 point adrift of the team winners GCH, a really super team performance from the Craughwell girls. 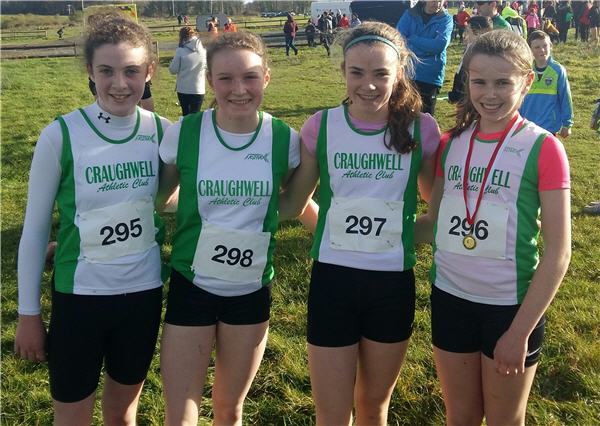 In the U14 Boys 3000m, pre-race favourite Mathys Bocquet had an unfortunate calf niggle at the start-line and had to withdraw early in the race. Cian Lavan stepped up in his place to lead the team home with a brilliant 14th place, followed in by Evan Hallinan in 25th, Sean Liston 32nd and Ryan McDonnell 37th with Cathal Fitzpatrick also having to withdraw with a foot injury. The team placed 4th and a big shout-out to Ryan McDonnell for coming in as 4th scorer despite feeling quite ill in the latter half of the race. The Co Galway team took the silver county medals in the race with Cian as 4th scorer. 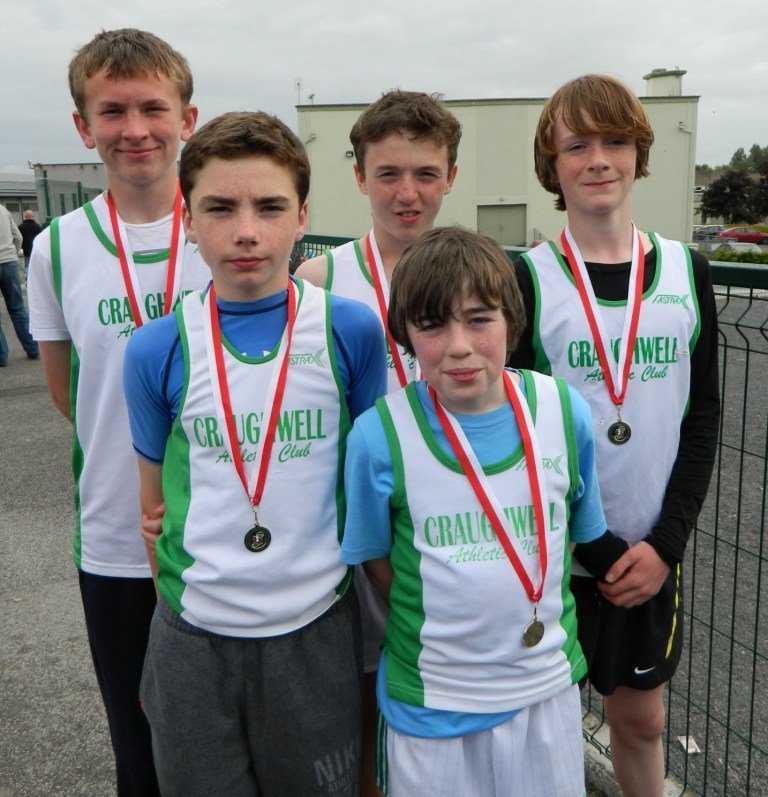 In the U16 Girls 4000m, Aoibhinn Keane stepped up an age from the U15s and had a solid run in 24th place, great experience for her own age next week where she will be part of a strong team. It was a tough race as it was combined in with the U18s and U20s. Ailbhe Miskella had a super run in the U18 category, taking 7th place amongst her age group. But the star of this race was our sole U20 Caron Ryan who blitzed around the course to take a super Connacht title in a very competitive race. It was Caron’s first Connacht clubs cross-country title and what a way to finish off your Junior days prior to entering the seniors. Her victory throws up a few interesting statistics – making it now 4 girls from the club to hold Connacht club titles – Caron, Fauve, Dearbhaile and Linda; and making it the most successful day ever at an individual level for girls from the club in Connacht cross-country. 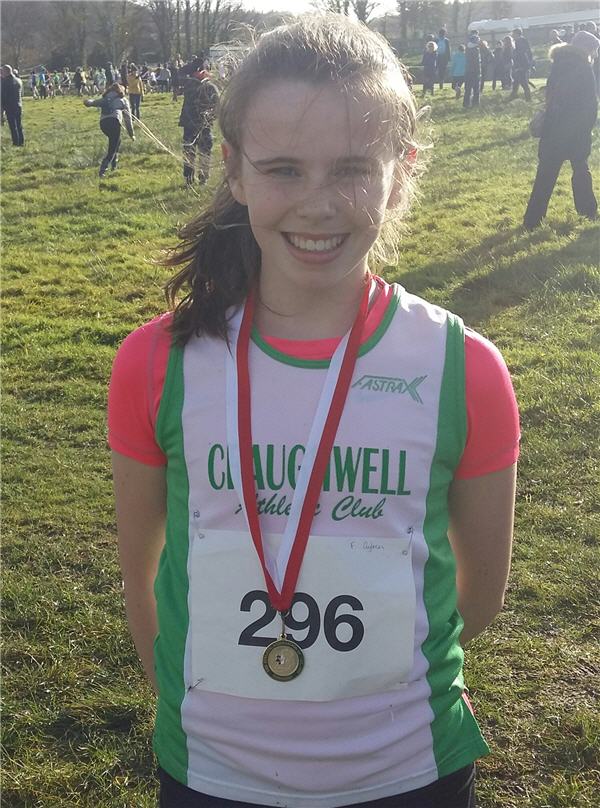 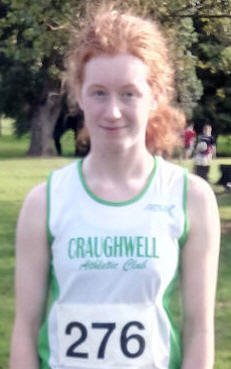 The U16 Boys got underway next in their 4000m where they gave an exhibition of front-running with Sean Cotter, Ross McGuiness and Oisin Davis breaking away early in the race into a leading group of their own. Floating around the course like Kenyans in the Rift Valley, the 3 lads cruised home to take the top 3 places with Sean followed by Ross and then Oisin. And only slightly behind Luke Burke completed an incredible team score when taking 6th place with a super performance.

The U18s were off next in their 6000m where Patrick Noonan is steadily returning to his elite self from his younger juvenile days with a fine 5th place finish, equalling his 5th place finish as an U11 in 2012. He was followed in by a super run by Kyle Moorhead in 14th. Unfortunately, Ben Ryan had to withdraw from the race after approx. 4000m.

And massive runs also from Jamie Fallon 2nd in the senior race and from Jack Miskella – Mark has already described their performances in a separate article and we will have some serious competitive senior teams in the not too distant future with Jamie and Jack and the calibre of the younger lads coming through and our emigrant in the US when he returns (Damien O’B) plus some of the impressive marathon runners in the senior club fresh off big PBs in recent marathons.

So, all and all another great day for the club. I keep a chart of juvenile performances in Connacht cross country here if anyone feels like a bit of reading.