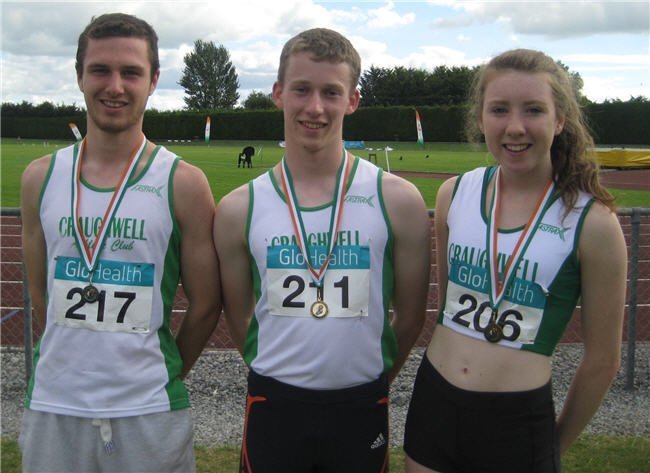 Conor Duggan had his finest athletic achievement to date when he stormed to victory in the U18 100m final at the National Track & Field Championships in Tullamore recently. Having won his heat comfortably in 11.23s, Conor ran a breath-taking final to take the victory by 0.07s in a time of 11.27s. Conor’s steady progression in athletics is an inspiration for many and should be a huge motivation for other sprinters to continue to put in the effort and success will follow.

Read on for details of Conor’s steady progression from when he joined the club 6 years ago as an U12.

But getting back to Conor’s achievement. This was Conor’s first time taking an individual medal at National level in athletics and for it to be the gold medal was a fantastic achievement. All of our young athletes should take a quick read of Conor’s progression below because it shows the keys to success are consistency and dedication combined with talent.

U12 (2008): Conor joined the club as an U12 in 2008 where team success almost immediately came his way with victory with Aidan Conneely in the paired U12 80m event at National level. Aidan ran 11.48 while Conor ran 11.60. Earlier in the indoors, Conor didn’t feature in the sprint medals in the Galway or Connacht indoors.

U14 (2010): Conor placed 3rd in both Galway and Connacht indoors with a time of 8.47 in the Connachts to qualify for the National finals for the first time

U18 (2014): Another strong season kicked off with gold and silver in the Galway indoor 60m and 200m, following this up with double gold in the Connacht indoors and 5th place in both sprints in the National finals. In the outdoors, he contested the National Juniors for the first time, placing 8th in the 100m and 5th in the 200m. And capped it all with his fantastic gold medal in the National 100m finals last weekend!
Well done Conor!