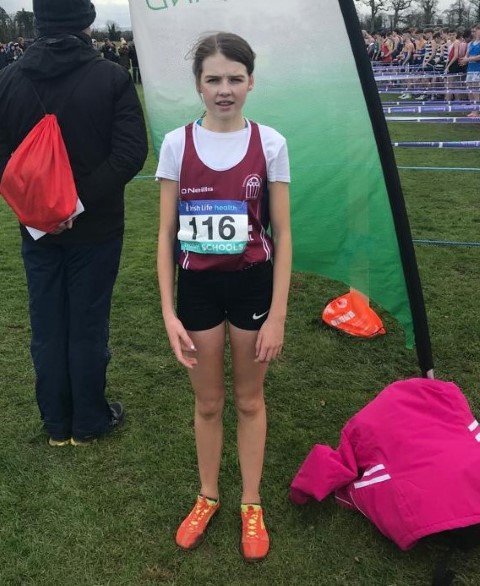 Emily Miskella, representing Presentation College Athenry was the first of the Craughwell Athletes in action in the 3500m race.  Emily’s consistent progress shows no sign of slowing, and she dug deep to deliver yet another breakthrough performance.  She drove out hard, and after 600m, her trademark pink headband could be spotted well up the field of almost 80 regional qualifiers.  As the kilometers ticked past, Emily continued to pick people off, moving from one cluster to the next as the race progressed.  In the end, she finished an amazing 18th place in the high quality field, the highest placed finisher of the day for the PCA.  This was another brilliant and richly deserved run from Emily who is still elligible to run in this category next year.

Sean Cotter, representing Calasanctius produced the highlight of the day for Galway, and one of the great comeback stories of 2019.  I think it provides a good insight into running and planning in general!  Often the most interesting part about any race is the journey to the start line, and this one was a bumpy road! 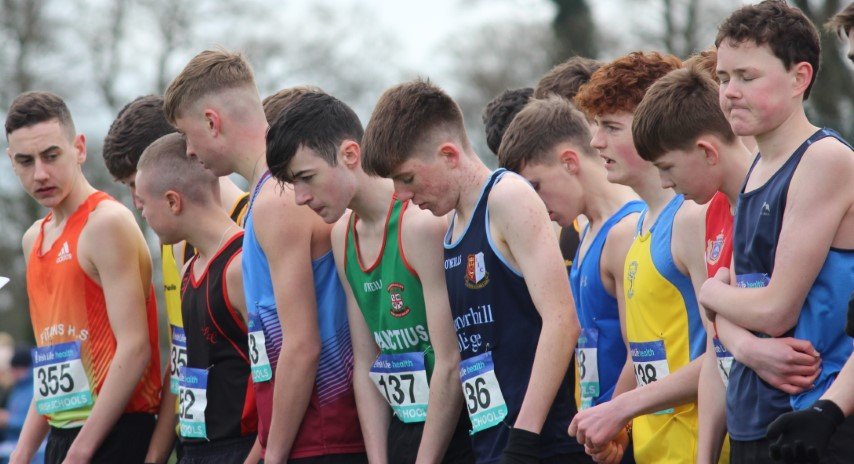 In September 2018, Sean and dad Eoin sat down together and picked out a goal for his Junior Cert year, and this was it – to target the Schools Cross Country.  He started on a smart program carefully designed to help him peak for the event, with all races along the way just checkpoints.  During those checkpoint cross country races, Sean led his u16 and u17 teammates to Galway and Connacht golds, and an historic team Bronze in the National Cross Country at Abbotstown.  However, during the race in Abbotstown, Sean experienced severe pain and realized that what he had thought was a niggle in his hip was potentially something quite serious.  A trip to the physio afterwards confirmed his worst fears, and his season and perhaps even his running future appeared scuppered – devastating news for any young athlete and the carefully laid season plans were torn up there and then.

Sean and family took the news onboard and embarked on a new plan. They consulted the best people about the injury and paid heed to the advice they received – after a few months of cross-training (principally swimming), Sean was back on the wagon jogging pain-free and armed with more information on the kinds of workout that will be right for him.  His aerobic fitness, maintained by the swimming, allowed him to come back quickly and he was able to line up feelng fresh and with nothing to lose on the startline in Clongowes last Saturday.  A completely different route to the start line than intended, but he got there! 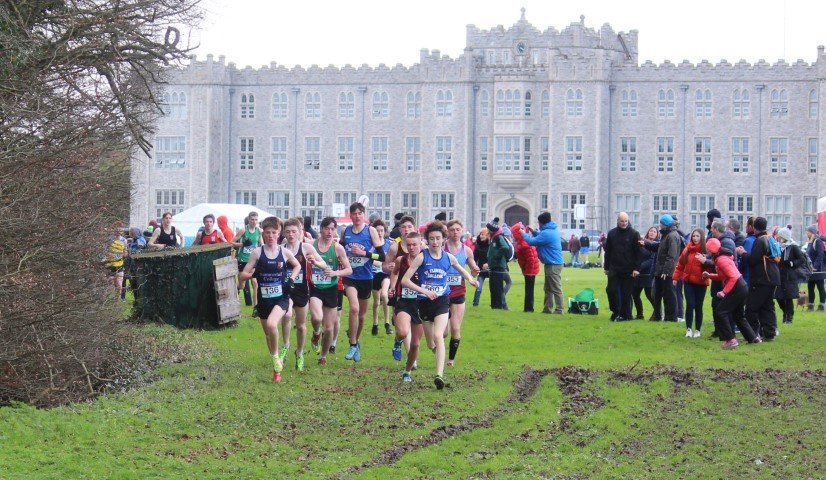 The course was perfect, but narrow for long stretches, so it was still important to get a good position early.  In the Intermediate boys 5km-ish race, Sean slotted in beside the defending champion and pre-race favourite Michael Morgan at the start line.  When the gun went, he followed Morgan to the front of the field and defended his position fiercely.  Positions were traded in an attritional pace battle over the 3 long nearly two kilometer laps but in the end, Sean powered down the home straight for a magnificent 7th place and selection for the Irish team to compete in the Schools International in Santry on 23rd of this month.  Fantastic achievement by Sean and all his clubmates and coaches are just thrilled for him. 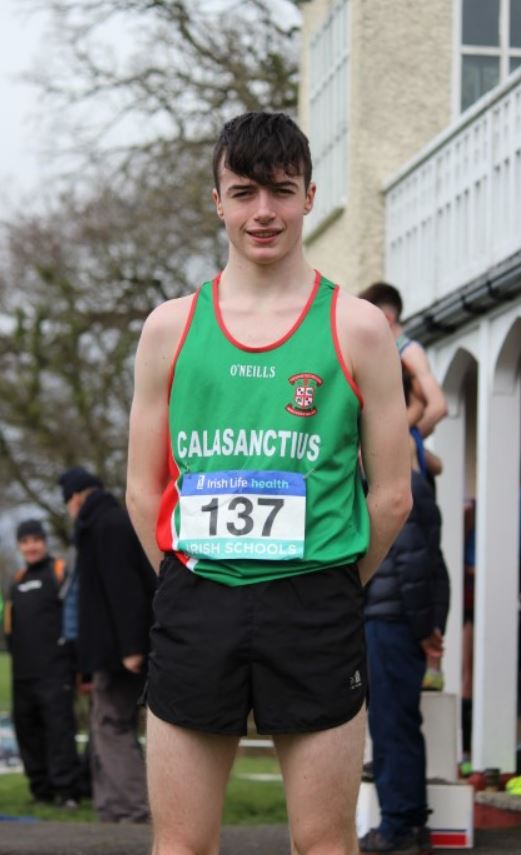 The Presentation College Athenry had a very strong team in the same race – Kyle Moorehead, Luke Burke, Ross McGuinness and Oisin Davis lined up for their school with realistic hope of a team medal.  The team was led home by Oisin Davis in 27th in a fine run, followed by Ross McGuinness in 42nd, Kyle Moorehead in 47th and Luke Burke who is coming back from a bad dose in 76th.  The Pres team came a narrow 6th place (1 point off 5th) out of the 11 teams – a very solid performance!  Team medals are a tricky thing to predict!  Their score would have medalled in many previous years but to medal this time, they each would have needed to finish 18 places further up – a tough ask!! 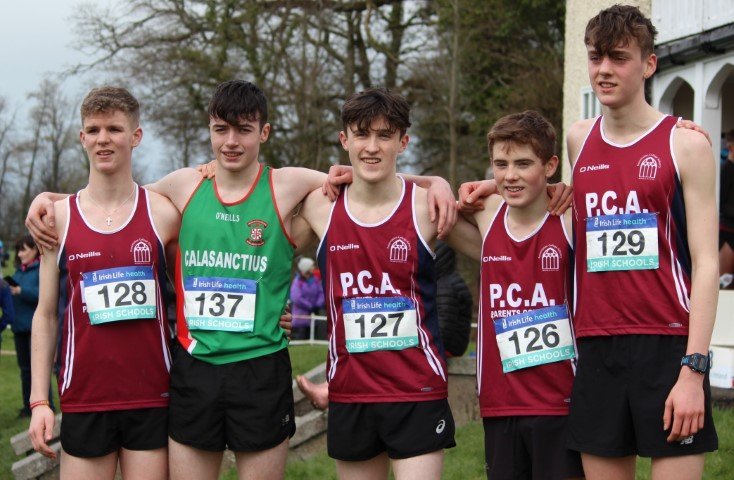 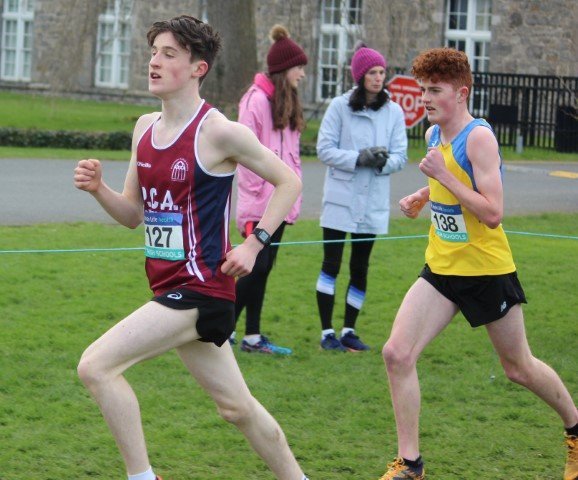 Perhaps inspired by excitement of Emily’s fine performance earlier, Ailbhe Miskella left it all on the course in a superb run.  She powered out early and pushed hard all the way on the fast 2500m effort, catching people all the way.  Ailbhe finished in 21st position, the second highest pres-Scorer of the day!  A brilliant run and delighted coach Lisa was left beaming from ear to muddy ear with pride – Lisa is not normally so muddy but she completed a tough mud run just before racing down to support her athletes! Well done to her on that! 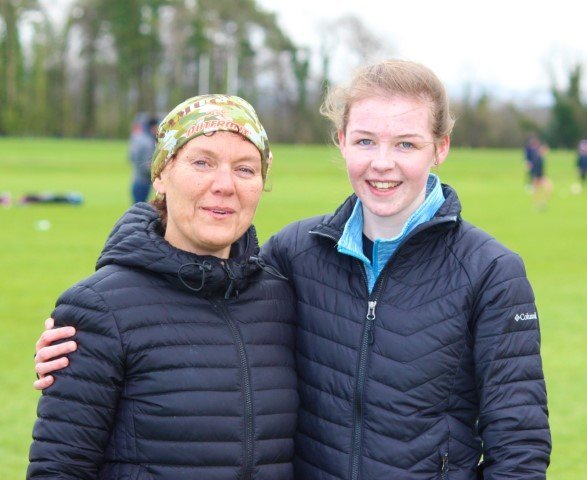 Senior Boys Race: Patrick has a fine run
The final race of the day was a senior boys race of the highest standard and Patrick Noonan, representing PCA was the sole Craughwell Athlete.  The distance was supposed to be 6000m, but in reality I think it was quite a bit longer than that.  Ever brave, Patrick went out hard and as the relentless pace continued to crank up as the kilometers ticked past, I think he dropped a few positions – but not many!.  In the end he finished a brilliant 34th for a great run! 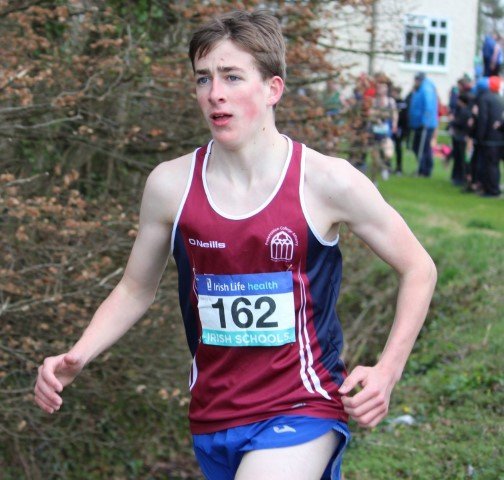 So ends another great Cross Country Season 🙁
And so, (aside from Sean who has his international job to do!) ends the long Cross Country Season of 2018/2019 which stretched from Castlegar to Clongowes.  A great season characterized by ups and downs, tears of joy and disappointment and superb results at all ages and for the most part remarkably dry weather.  Special thanks to all the many volunteers and the parents and kids that made it possible – I hope ye enjoyed it as much as we did!