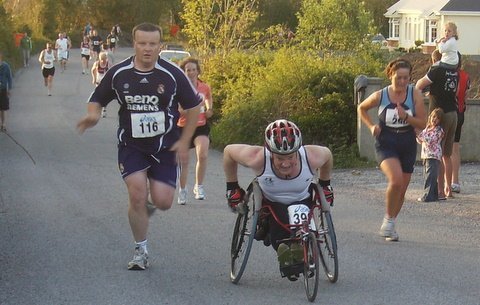 Mark a date in your calendar..!  Craughwell AC is returning to its roots with a gut bursting 5k on the traditionally fastest 5k route in the Galway series..!  And as is Galway 5k Series tradition, it will take place on Tuesday evening – this time on September 2nd.  As you all know, the club has taken another big plunge this year in expanding facilities which will hopefully be an asset to athletics in Galway for many generations.  All of the proceeds from this race will be going stright to facilities for the future olympians in the area, and it would be great if you could come out and support it.

More details to follow soon on arrangements – in the meantime take a moment to remember the great times you’ve had blazing through this route.

Tips for the 5k course
The Craughwell 5k loop is a nice undulating country loop around Craughwell that we use several times a year in many local races. It has a quick start, followed by some testing “bumps” at the 2-3k mark. After that it is all flat until you get to the now famous uphill sprint finish. When I say the course has hills.. it doesn’t have real hills. They are more undulations that you don’t notice if you are going well but can be torture if you are not! The profile is shown below, along with a map of the course:

Despite the little hills, it still gets some pretty quick times out of people. The current leaderboards are shown below. As of 2009 there will be a cash prize and a trophy on offer for any athlete that breaks the record in any officially timed and organised race or time-trial on the course. 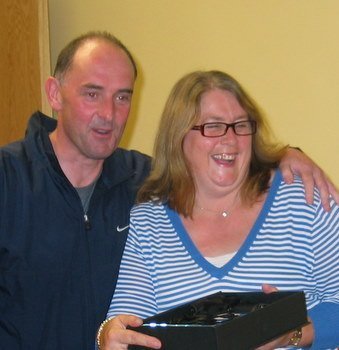 Unusual things or events on the course:
Elvis?  Friend of the club, James Lundon once spotted Elvis on the course.  He details this here:

Race Reports:
As many people have pushed themselves around the course, some entertaining and informative race reports have been written.  Reading these might give you an idea of what to expect:

Paul O’Dowd Report 2 – The road to Beijing: Another from Paul’s unusual mind!

2010 Video of the 2010 Galway 5k race here.  If you have Mayo links prepare to get weepy eyed as Mayo steal the show.

2009 Watch the legendary Gerry Ryan whistle his way to a course-record victory to the tune of Elvis.!