Many thanks to the large crowd who turned up in the rain Thursday night for the official opening of our carpark and entrance roadway and the launch of our club lotto in association with Croí, Pictured above are Councillors Moegie Maher and Peter Feeney performing the opening ceremony under the watchful gaze of the next generation of athletes.

Both Moegie and Peter provided crucial advice to the club in regard to the planning process and the access road, leading a team of 14 councillors who supported the motions to Galway County Council to take the roadway public and coordinated funding from the same team to make €21000 available to the council to bring the roadway to the required standard. The club owe an immense debt of gratitude to both men for their leadership and advice.

The club has made giant strides in its facility development in a very short space of time as illustrated below:

The last few lines are a look into the near future! Here’s where you come in …. we still need your help to fund the development. As you know, we joined the Croí BraveHearts lotto where Croí and ourselves split the funds raised. Tonight after a whirlwind 4-week start to this, we were presented with a cheque by Croí for our half of the funds raised so far – coming to the fantastic total of €3120. A huge thank you to all who have supported us to date with donations and subscriptions to the Lotto. But we need to keep the momentum going. We have a target fund-raising total of €45k for this year and the Lotto is a major element of this. Click on the photo below to support us. If you are thinking about it, please do it – don’t let the grass grow under our feet on this! Your club needs you! Thank you! 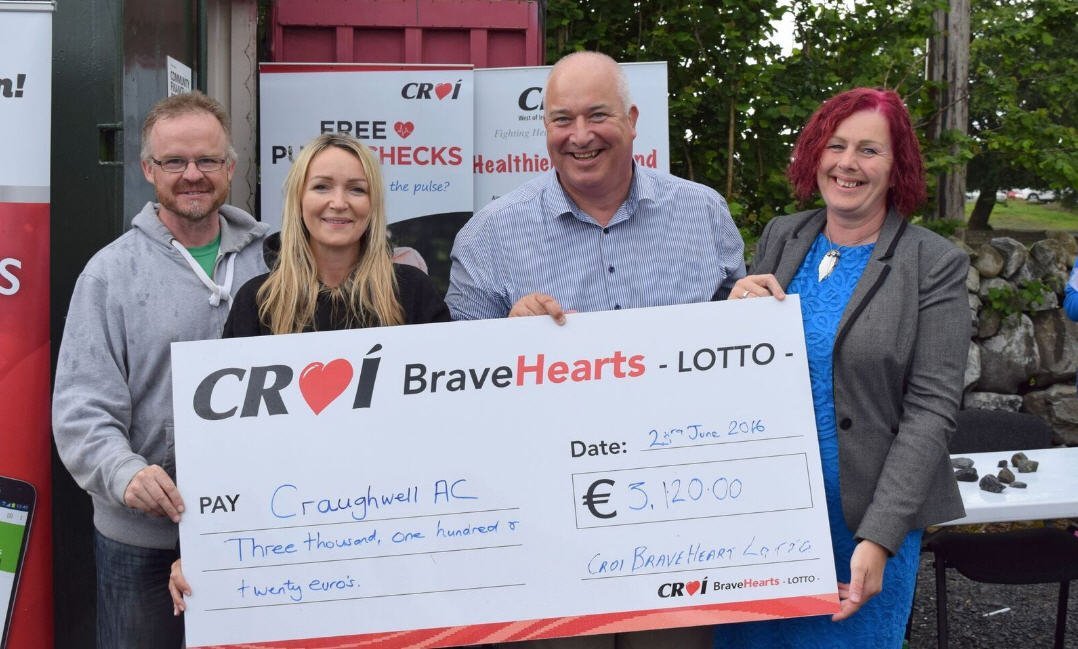