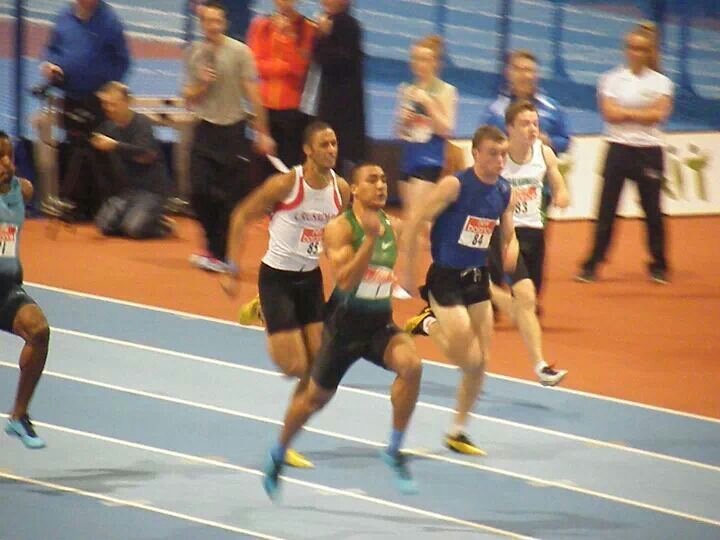 A number of athletes from the club were invited to take part in the AIT International Grand Prix at the weekend where a number of international Olympians had travelled to Ireland to take part. It was a great honour for our athletes to be included in such esteemed company.

Cathriona Farrell was competing in the high jump against Brianne Theisen-Eaton who had placed 11th in the heptathlon in the London Olympics. Cathriona gave the Canadian a right battle with Cathriona clearing 1.70m and 1.75m on her first attempt and the visiting Canadian knocking 1.70 once and 1.75 twice before going on to clear 1.80m on her 2nd attempt to win the event. Cathriona didn’t manage the 1.80 on this occasion but her stadium record 1.81m from the Irish Universities still stands!

Aidan Conneely had the honour of competing against London Olympic decathlon gold medallist Ashton Eaton in the 60m. I can safely say that it’s the first time an athlete from the club has lined up in the same race as an Olympic gold medallist and Aidan didn’t disappoint with a new PB of 7.32s. Sinead Treacy completed the invitational list with a fine 7.88s in the senior women’s 60m to take 3rd place.

Earlier, the club were fortunate to have gotten a slot in the U13 boys and girls 4x200m – the only underage group who were competing in the Grand Prix. The girls raced to a fantastic 1st place in a time of 2.06.26 (Mia Waters, Caoimhe Gilligan, Jane Trehy, Niamh Niland, Eva Kelly) while the boys took 4th place in a tight finish in their race in a time of 2.02.15 (Ryan Gallagher, Kyle Moorhead, Alex Evans, Finbar McFadden). 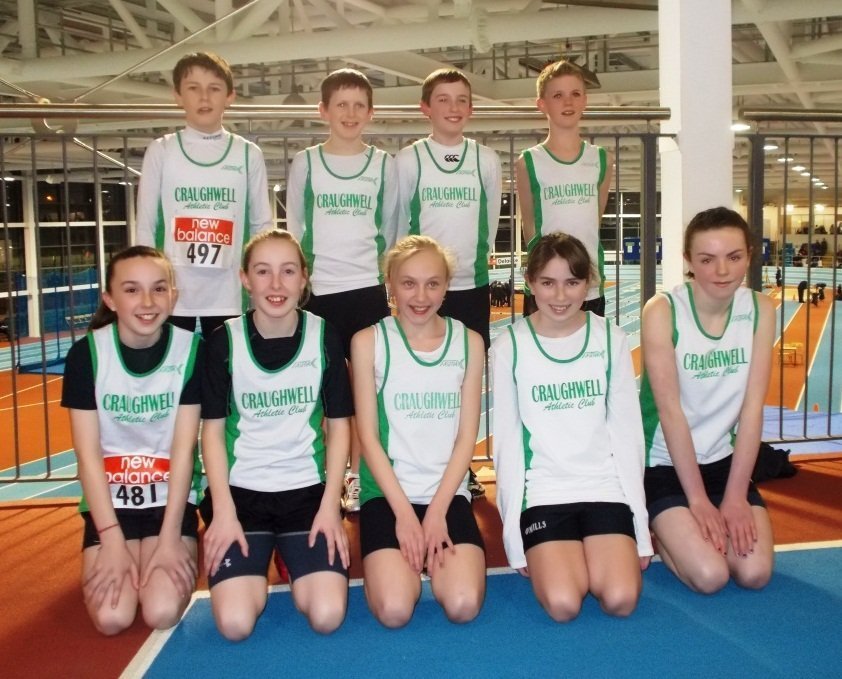