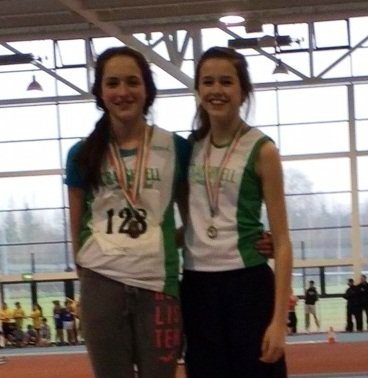 Last weekend provided another remarkable weekend for the club at the second day of the Connacht Track & Field Championships which again were held in the shadows of Ben Bulben at the track at Sligo IT. The clubs athletes in the U13 to 18 age groups put in some outstanding performances to feature over 70 times on the medal podium.

Daniel Callanan-Forde was the star of the show on this occasion with 4 Connacht titles in the U15 grade in 100m, long jump, triple jump and 4x100m. His long jump was a particularly impressive leap of 5.31m, shattering his personal best by over 20cm. The club dominated this age group taking almost all of the Connacht titles in the boys events and several in the girls.

In the U13 grade, the club also had some superb performances with Lenagh Gilligan leading the way with silver in the long jump and gold in the high jump and Eva Kelly taking gold in the shot putt and 4th place in the high jump. Mia Waters and Niamh Niland were unlucky to finish just outside the medals in the hurdles and 600m but put this behind them to take a splendid gold medal in the 4x100m along with Alice McMahon and Eva Kelly and sub Caoimhe Gilligan. The boys’ 4x100m team also ran strongly to take the bronze medal with Kyle Moorhead, Alex Evans, Finbar McFadden, Ryan Gallagher and sub Brandon Morgan. Sean Cannon took silver in the high jump while Alex Evans did likewise in the long jump. Ryan Gallagher took bronze in a keenly contested hurdles final. 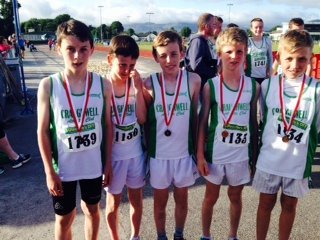