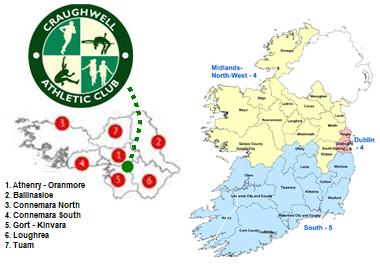 With elections approaching again, the club wishes to highlight the fantastic support that we have received from many local politicians for our athletics facility development since we purchased the 8-acre athletics site in 2014 and in particular the financial support and votes that we received when Galway County Council took the access roadway into the facility into their charge in 2015.

At the time, these councillors collectively contributed €21,000 of their notice of motion funds to bring the roadway up to a standard so that it could be taken in charge by the County Council.

That effort was led by Councillors Moegie Maher and Peter Feeney with super cross-party support from 12 other councillors in several electoral areas in the county including Michael Fahy RIP, Gerry Finnerty, Joe Byrne, Shane Donnellan, Gabe Cronnelly, Malachy Noone, Sean Canney, Anne Rabbitte, Frank Kearney, Jimmy McClearn, Tim Broderick and Martina Kinane. Many of these councillors are seeking re-election in the forthcoming council elections with Anne Rabbitte seeking election to the European Parliament.

Our club straddles three of the local election areas and we would like to wish those seeking election success in their campaigns. The club would never be so cheeky or political to suggest to our members who to vote for. But we do like to give credit where credit is due and want to highlight the fantastic support we have received from these councillors in recent years. And it is with sadness that the club remembers Michael Fahy at this time, may he rest in peace.