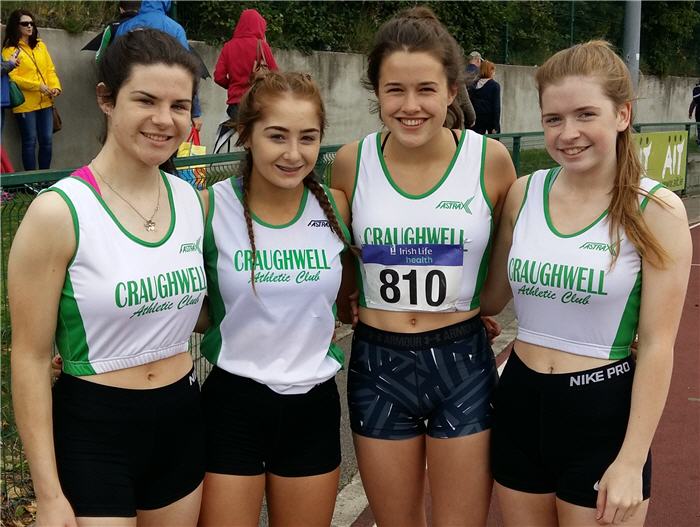 Another day of National relay finals and another day of tough battles and close shaves. No medals on this occasion but some marvellous runs from our brilliant teams pitted against the best in Ireland – this year in Athlone IT, a switch from their usual Tullamore venue.

The club entered the National finals of the U18 and U19 Girls 4x400m relays for the first time in its history with a mostly U18 squad. The U18s in action first where they set a new club senior record of 4.21.87 when placing 6th in their final with the team of Caoilin Milton, Arlene Earls, Lorraine Delaney and Laura Cunningham. Later the U19 Girls team raced to a brilliant 5th place in their final in a time of 4.23.20 with the team of Arlene Earls, Dearbhaile Walsh, Shauna Tobin and Ciana Reidy. The 400s knocked the wind out of the girls a little for their 4x100s but they gamely took to the track again placing 5th in the final of the U19 Girls 4x100m in 53.03 with Aoife Walsh, Dearbhaile Walsh, Caoilin Milton and Laura Cunningham and 4th in the final of the U18 Girls 4x100m with the same line-up with Lorraine Delaney in place of U19 Dearbhaile Walsh. 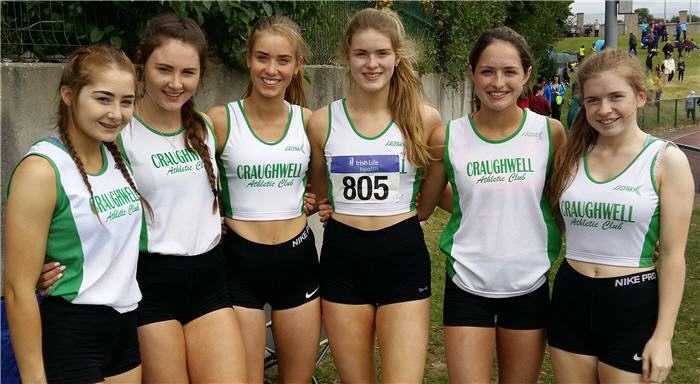 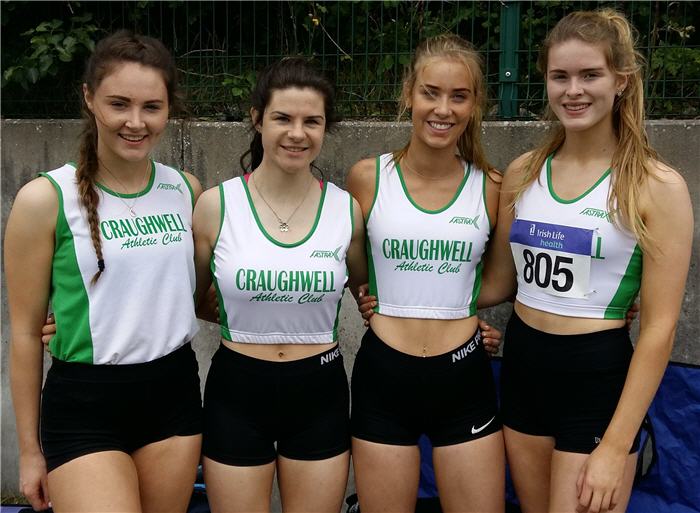 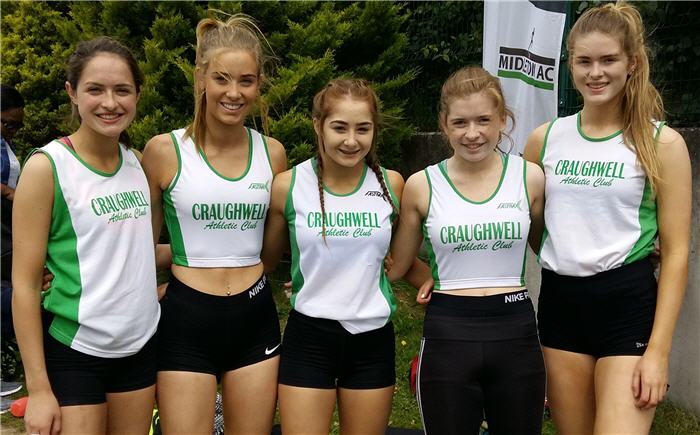 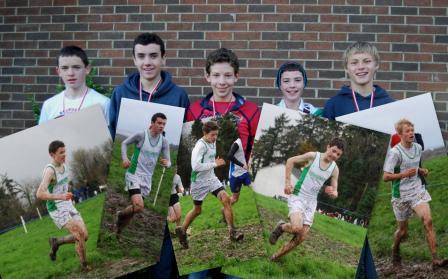 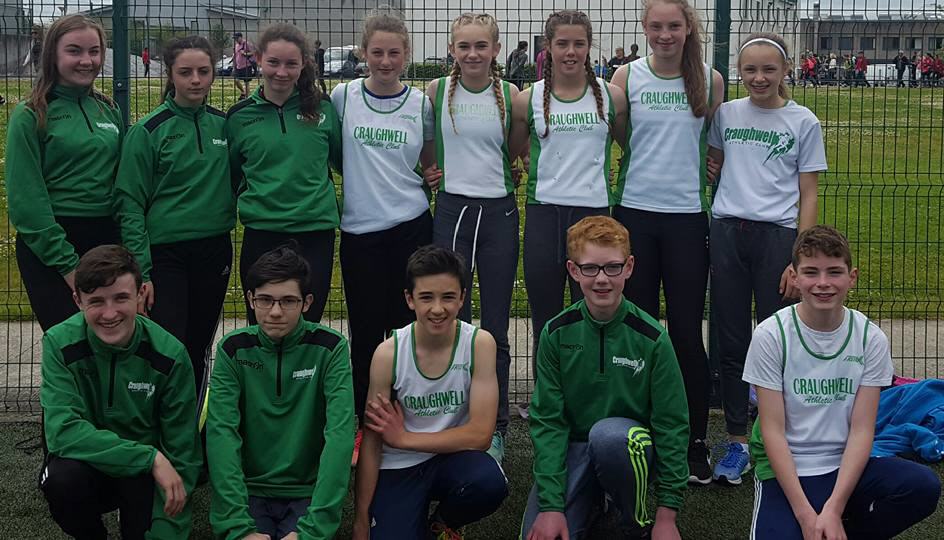 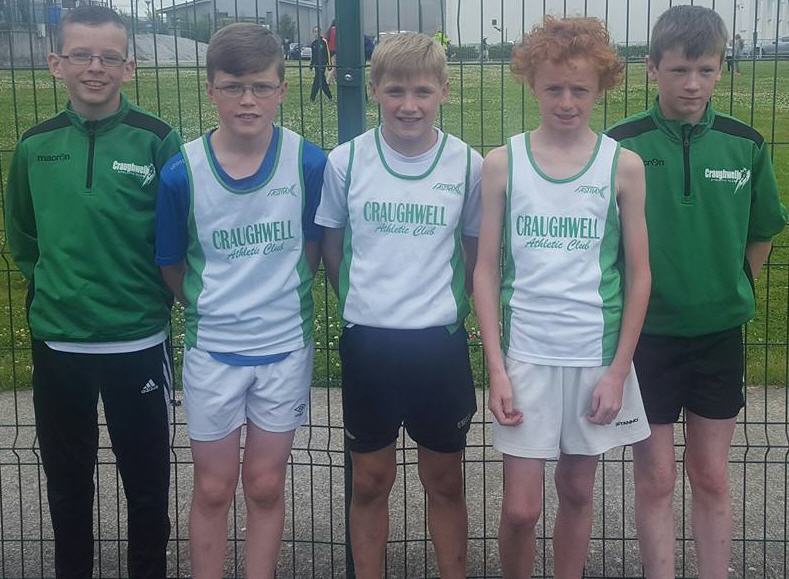 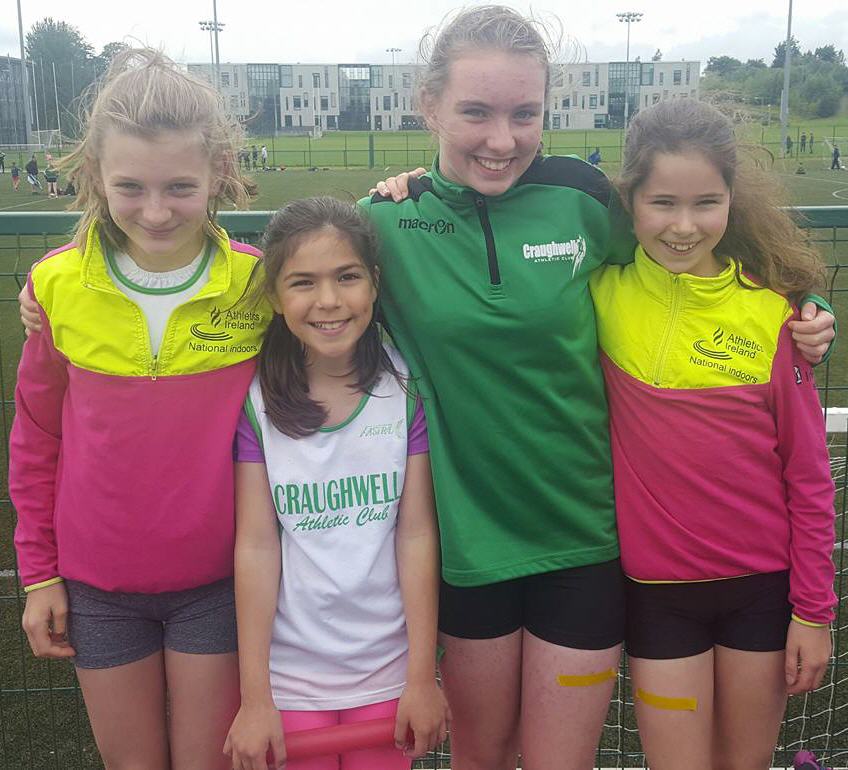