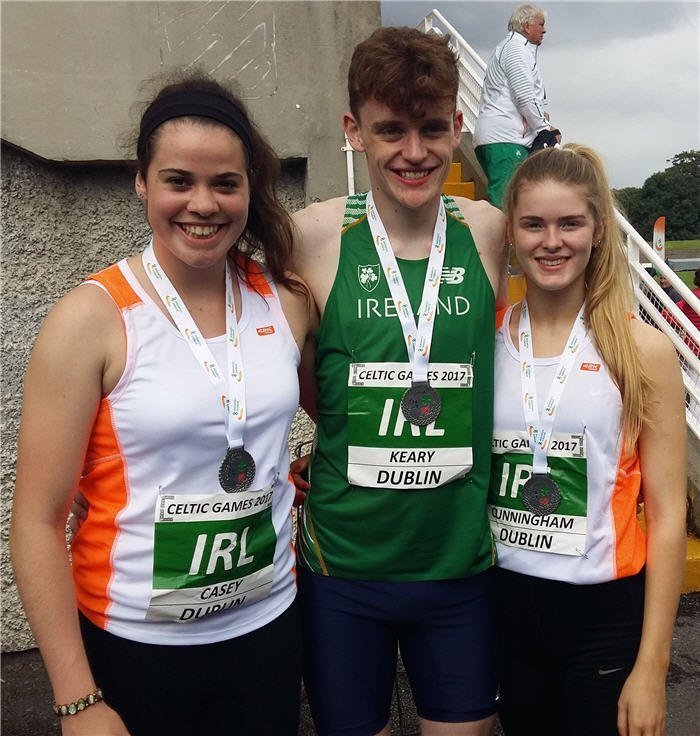 Chloe, Jerry and Laura representing Ireland at the Celtic Games

Today was a pretty historic day for the club with 3 athletes competing for Ireland in the Celtic Games, the first time the club has had 3 athletes on the same international team. Our athletes combined with other Galway athletes for an even more unique achievement with 8 Galway athletes all on the same team – our own Chloe Casey (discus), Jerry Keary (high jump) and Laura Cunningham (triple jump), Loughrea AC’s Daniel Callanan-Forde (triple jump), Athenry AC’s Ryan McNeilis (400m hurdles) and GCH’s Aoife Sheehy (400m hurdles and 4x400m), Laura Nally (4x400m) and Lydia Doyle (100m hurdles and 4x100m). It illustrates a real strength in Galway athletics at the moment.

Our athletes put in very strong performances on the big occasion to represent their country proudly. Jerry soared over 1.95m to claim victory in the U18 Boys High Jump, Chloe slung the discus out to 33.39m to claim a new PB and club record and silver medal in the U16 Girls Discus and Laura leaped 10.59m to take 4th place in the U18 Girls Triple Jump. There were fine performances also from the other Galway athletes most of whom were in action in their first international. And special mention to Daniel Callanan-Forde who spent many years in Craughwell AC before transferring in April to Loughrea AC and here in first international leaped 12.73m to take the bronze medal in the U18 Boys Triple Jump. 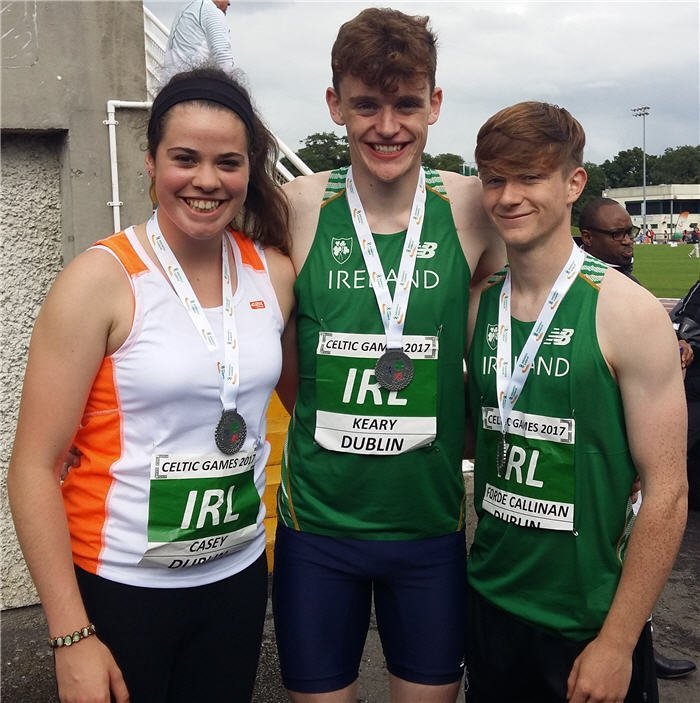 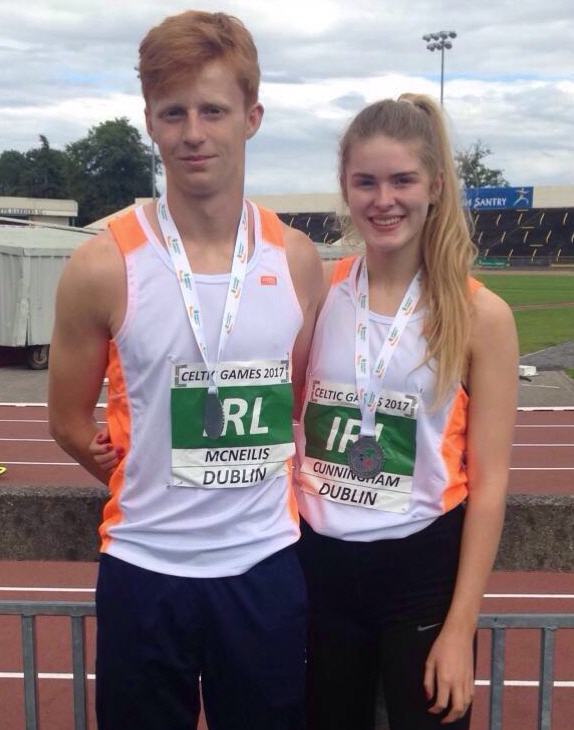 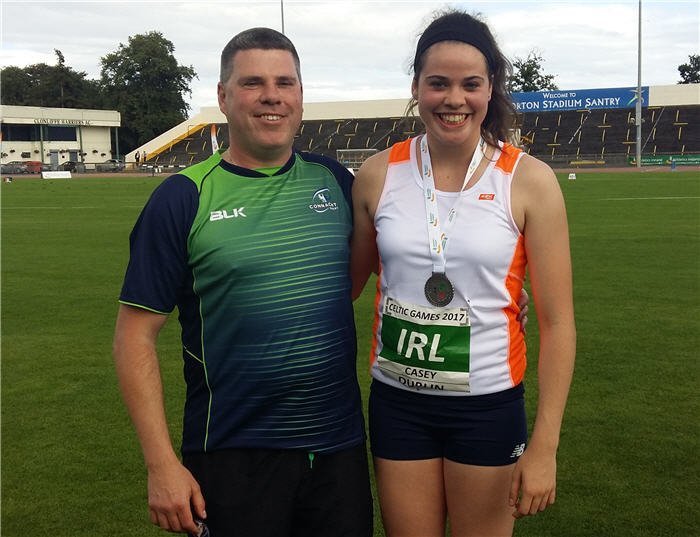 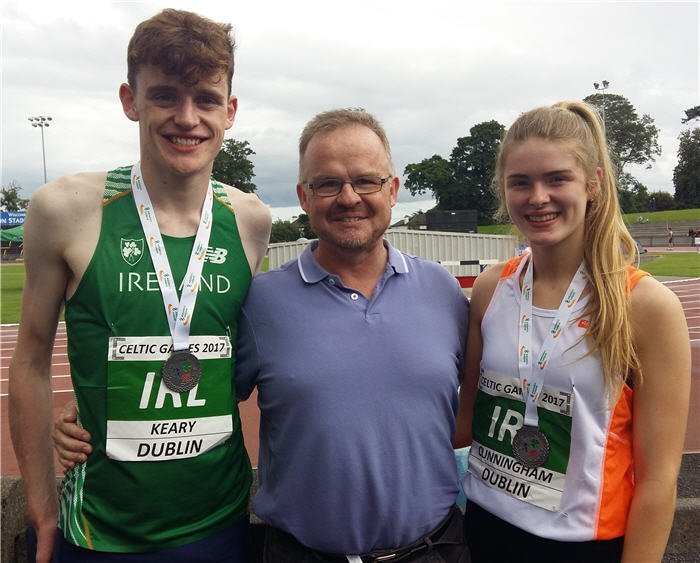 And with the coaches! 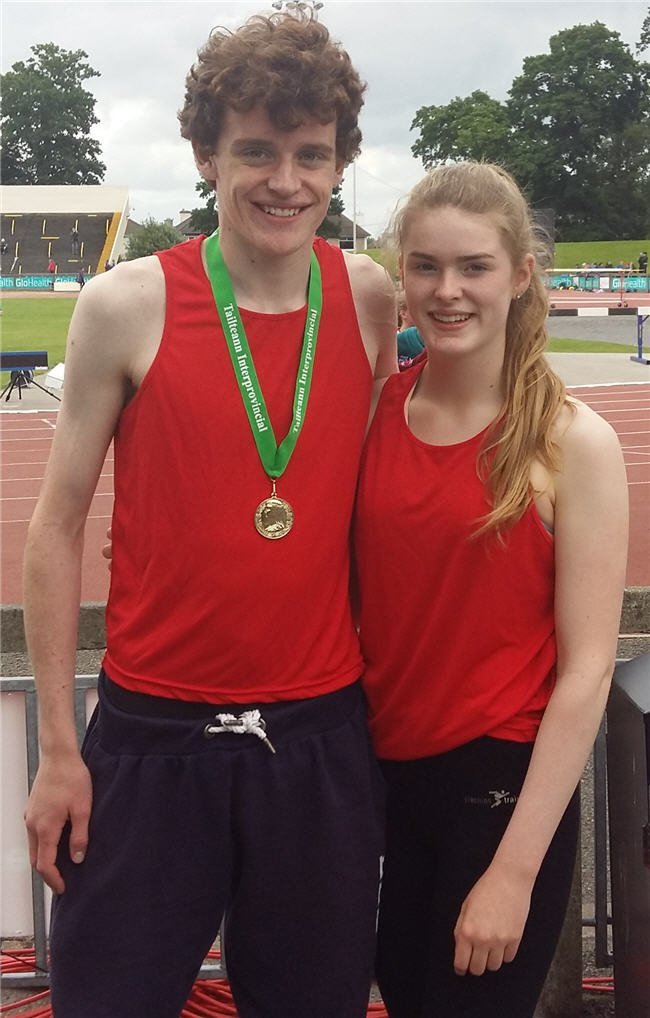 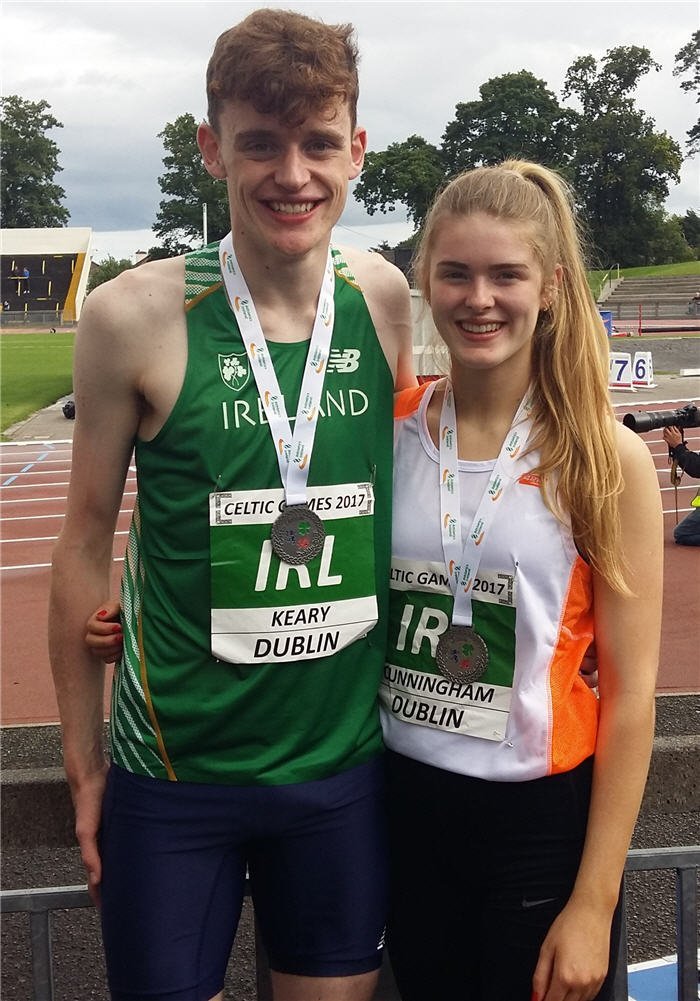 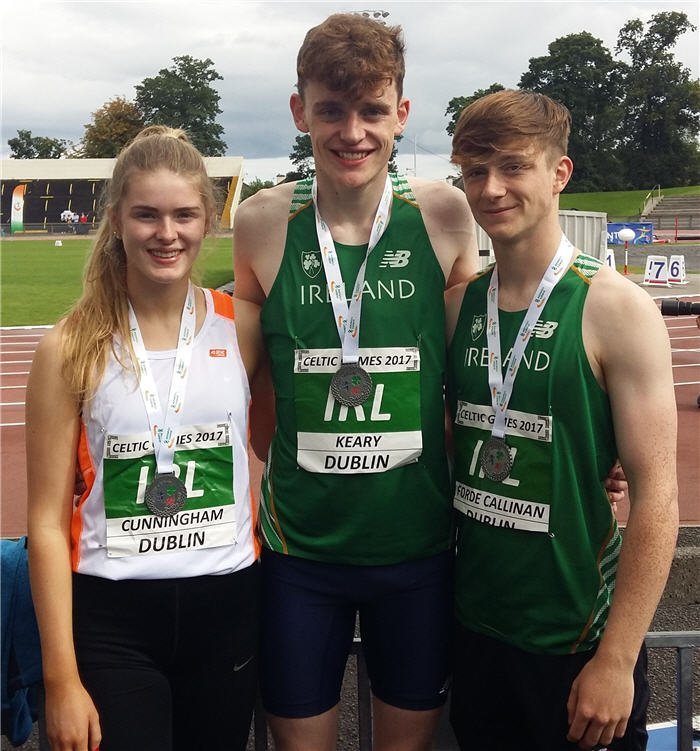 Above Laura, Jerry and Daniel at the Celtic Games and below when aged 10 in Nenagh in 2011! 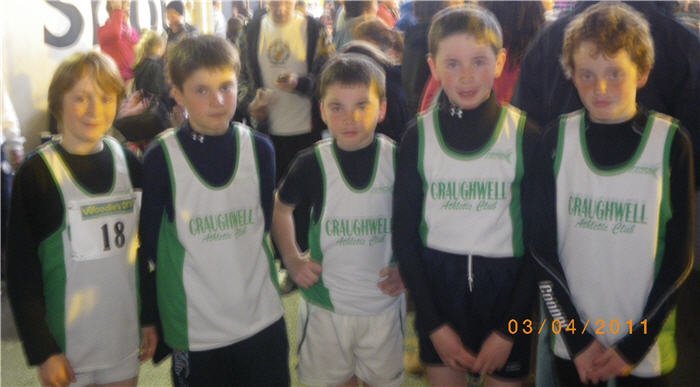 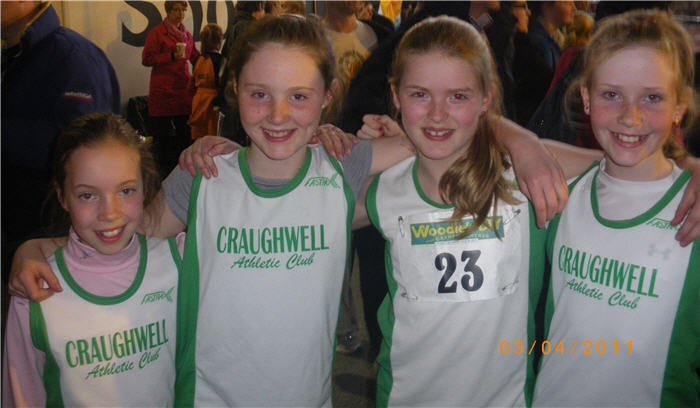