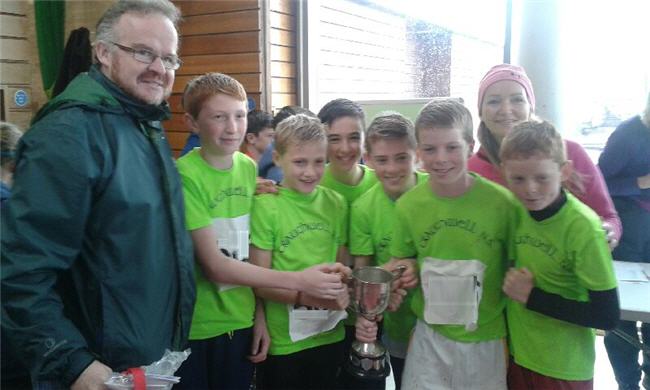 Craughwell NS senior boys made history today in the shadow of Benbulben when winning the Connacht Primary Schools Cross Country title on the grounds of Sligo IT. While the school have featured on the winners podium many times in the last 15 years, this was the first time that the senior boys claimed the Connacht title, a feat achieved by the school’s senior girls on 3 occasions – 2003, 2006 and 2010. Previously the senior boys’ teams best performances were bronze team medals in 2007, 2014 and 2015.

Scoll down to the end of this article for the full results.

The boys were led home by an outstanding performance from Ross McGuinness with an 8th place finish – the joint highest position ever achieved by an athlete from the school (Kyle Moorhead in 2014). Ross was followed in with an incredible run by Robert Urquhart who had sprinted out of the starting chutes to take an early position in the leading group just behind Ross. For a sprinter to be in the leading group on a miserable day when the heavens rained down on the runners for the entire time we were there …. was a remarkable achievement and Robert hung on to place 18th in the race – a fantastic performance. And right on Robert’s heels, Eoin Byrne had the race of his life to take 19th place in the race. Having placed 42nd in the Galway finals, to place in the top 20 at the higher standard Connacht finals was amazing and one of the key improvements which brought the Connacht title to Craughwell. Next in came our 5th class heros Evan Hallinan 27th, Luke Flynn 33rd and Evan Moran 40th – another incredible set of performances from these young athletes in what is probably the toughest cross country race in Connacht. 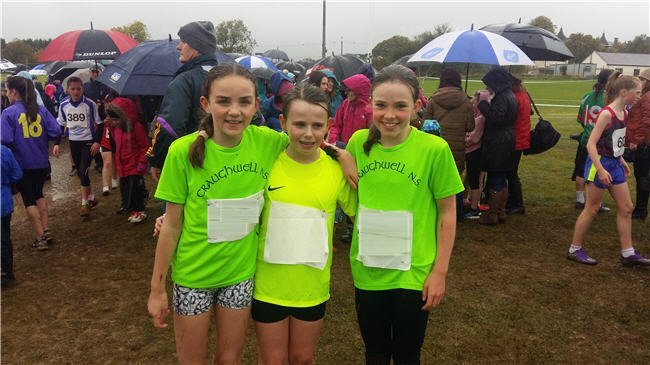 And earlier in the girls’ races, Clodagh O’Meara, Jade Moorhead and Fauve Aylmer put in fine performances also to place 35th, 36th and 41st in the Senior Girls 1200m. Fantastic runs in a highly competitive field and again in absolutely drenching weather conditions. And also with an outstanding performance Sophie McIlrath placed 16th in the Junior Girls race, just missing out on the top 15 medallists. Eddie Silke had an impressive run also with 18th place in the Junior Boys 1000m.

And at the end of a wet but very very happy day, the cup made its way back to Craughwell in a black unmarked car under armed guard!! 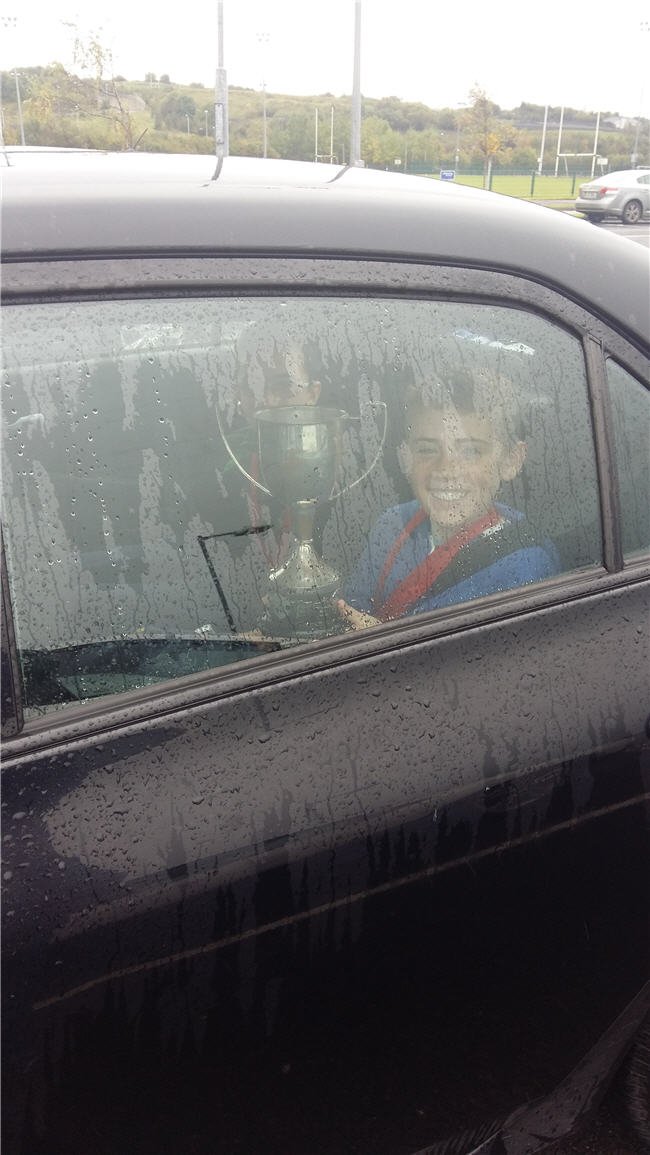 Full results of the races are here:- Results_Con_Primary_Schools_2016.pdf

And read on below for a history of Craughwell NS performanes in these races in previous years – apologies to athletes from other schools in our club as I don’t have the full history for all schools.