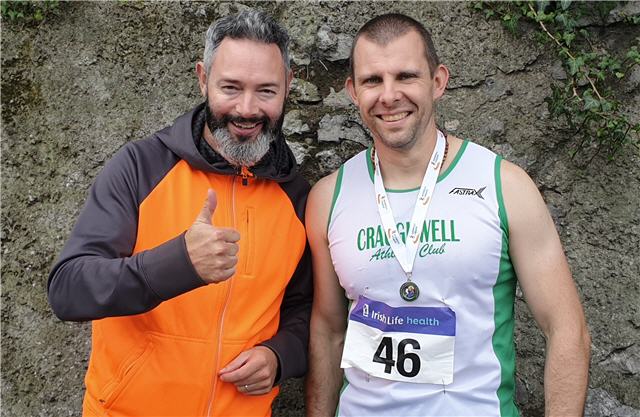 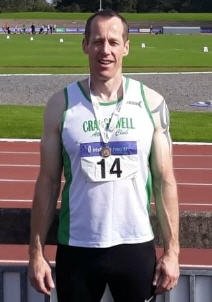 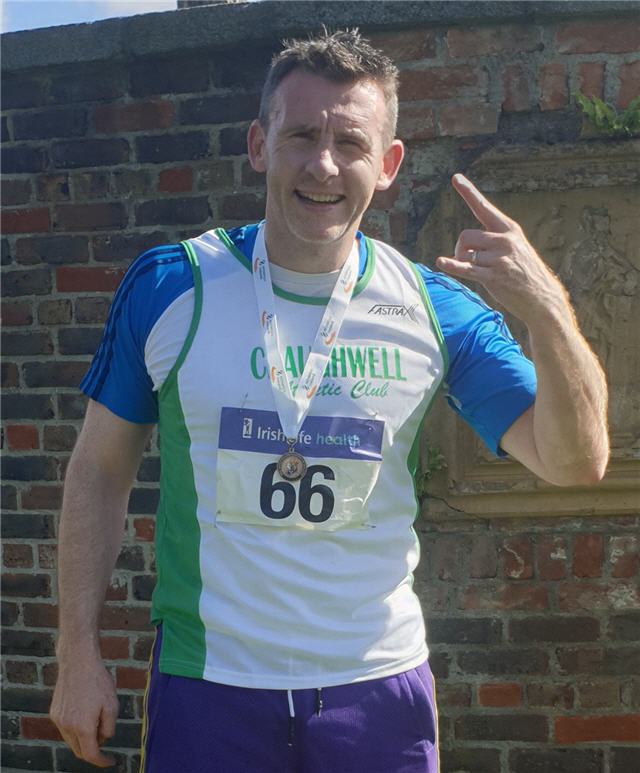 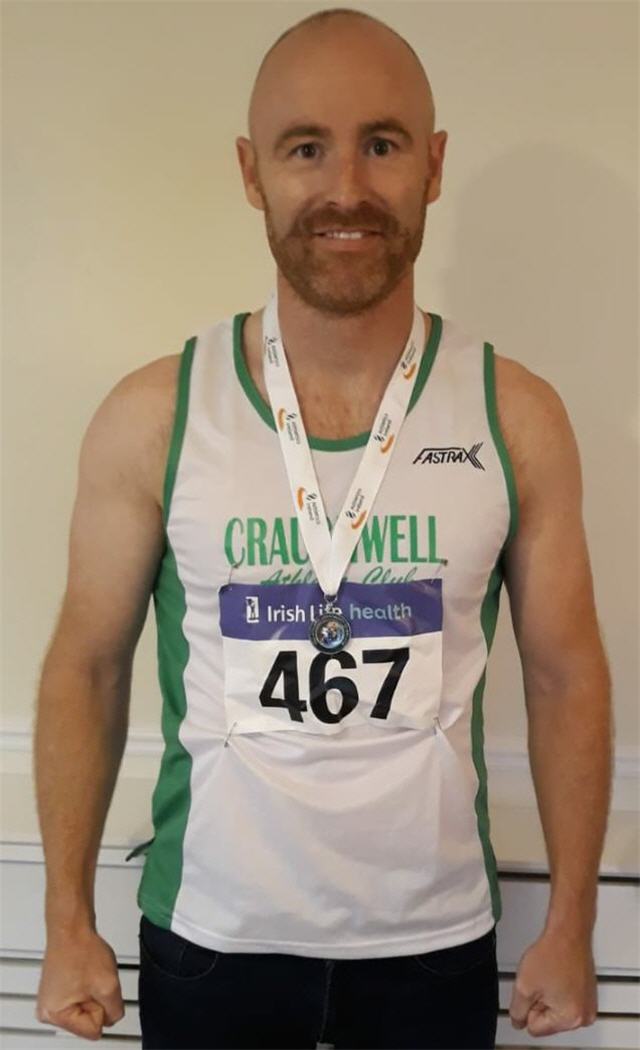 Craughwell’s masters sprint group travelled to Santry at the weekend for the National Masters Track & Field Championships with some excellent performances.

The day started off with David Mulligan taking silver in the M35 100m in 12.33. A great achievement for David as this is his first National championship and to complement his fine win at the Connaughts, which were held in Athlone in August.

Next up in the 100m M40 were Cormac Kearney and Ronnie Warde in a hotly contested race. Cormac finishing 5th and a PB of 12.27 to add. Ronnie placed 3rd in 11.84 to take the bronze medal home to Galway

The 200m event was next and John Walkin M40 received a silver medal for his fine run in a time of 26.74, which adds to his collection of medals from last year Nationals both indoors and outdoors. Keep up the great work John!

Finally it was our last master’s turn to compete and it was Brian Malone in the M40 400m race. Like David, this was Brian’s first national race and for his hard work and early morning training he came away with a Bronze medal and narrowly missing sub 60sec target with a swift time of 60.18. Brian also took silver medal in the Connaughts which was held in Athlone recently.

Well done all!! Ronnie can be contacted at 086 880 5696 if interested in joining the masters sprint group. So if your fast-twitch fibres have been resting for the last 20 years, why not give Ronnie a shout to see if his sprint group can reactivate them!