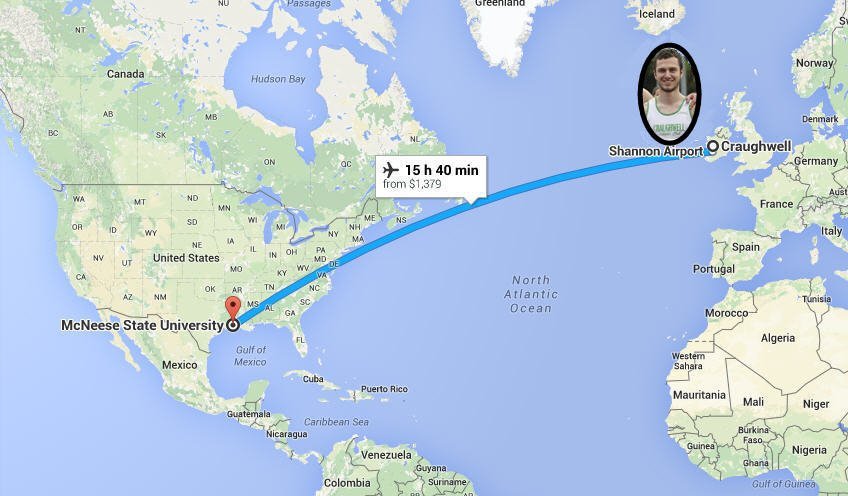 Hot off the Atlantic airwaves, the news has reached the club that Damian O’Boyle has been offered a scholarship in McNeese State University in Louisiana. Their athletics squad, known as The McNeese Cowboys, is a popular choice for some of Ireland’s finest distance runners. Being selected for the college is a fantastic achievement for Damian and follows years of dedication from a young age. Going on scholarship to a US college steeped in distance running history was a dream ambition for Damian these last few years. This week’s news is just reward for one of the club’s most dedicated athletes and the club is immensely proud of Damian’s achievement. He becomes the first athlete from the club to go on scholarship to the United States, another achievement box ticked for the club. Congratulations also to his parents for their years of dedication and in particular mum Marion who is our current Chairperson and works tirelessly for the club.

The only gotcha now is that the club will have to fly the Club PRO out to the US to cover the US cross country season – that sucks as I hate leaving home!

And a huge congratulations also to the engine of Sligo athletics, the one and only Dermot McDermott who coaches Damian. Dermot took Damian on a couple of years ago and helped take him to the next level and was instrumental in advising Damian on various scholarship options. Dermot’s help and support was massive, as it is for dozens of athletes all over the country and as it is for 100s of younger athletes above in Sligo!

So well done Damian, we will be watching the US news feeds from a far to keep tabs on our club records!