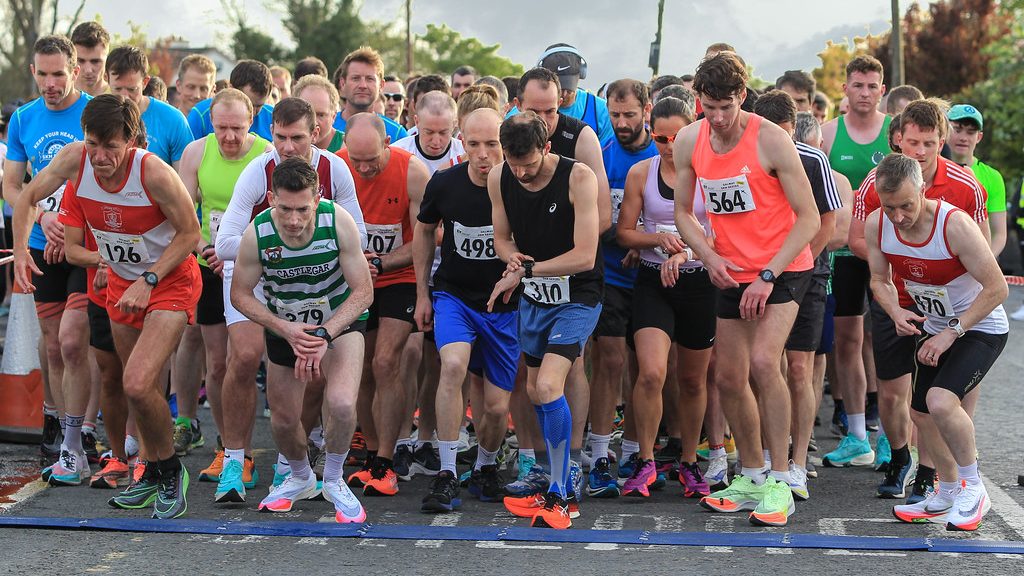 The 3rd race of the Galway 5km Series 2022 took place on Tuesday May 10th in Craughwell. It didn’t disappoint, with large crowds and the weather kept up, despite threatening clouds. Adrian Grogan of Castlegar AC was the first over the line with an impressive time of 17:09 followed closely, three seconds later, by Ed Maher. Jane Ann Meehan was the first female home with an impressive time of 18:04. John Kennedy was the first home for Craughwell AC with a super time of 20:52.

The atmosphere was electric with even a visit from the king himself -Elvis. His fine quiff didn’t slow him down with his ‘blue suede shoes’ taking him home in under 25 minutes. There were many ‘suspicious minds’ trying to figure out where Elvis travelled from but rumour has it he runs with our neighbouring club, Athenry AC. The ‘hound dog’ himself has turned up in Craughwell every year since 2009 proving that Elvis is very much alive and has ditched his rock and roll lifestyle for a much healthier one of road racing.

The Galway 5km Series continues next week with the 4th round in Caltra.