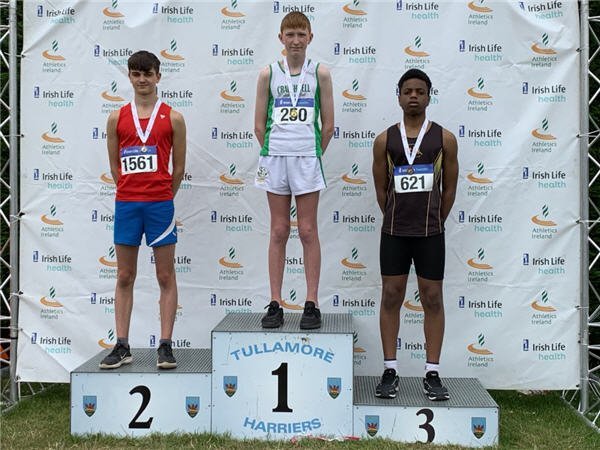 Craughwell AC’s juveniles were back in action again in Tullamore at the third weekend of the National Track & Field Championships where Evan Hallinan and Sean Cotter were amongst the highlights of the day. Evan leaped to a brilliant National title in the U15 Boys triple jump with a best of 11.09m sealing the gold medal. He later followed this up with a 7th place finish in the high jump, withdrawing due to injury at the medal-winning height of 1.60m. It was a remarkable performance for Evan as he has had an injury ridden few months due to a growth phase and training has been interruppted as a result. Evan’s title adds to the Scottish triple jump title that he won earlier in the year.

Sean Cotter scorched to silver in the U17 Boys 1500m in an excellent 4:15.15 with Oisin Davis 10th in 4:22.13. It was a super performance for Sean who bounced back from the dissappointment the previous weekend of narrowly missing the finals of the 800m when placing 4th in a tactical heat. 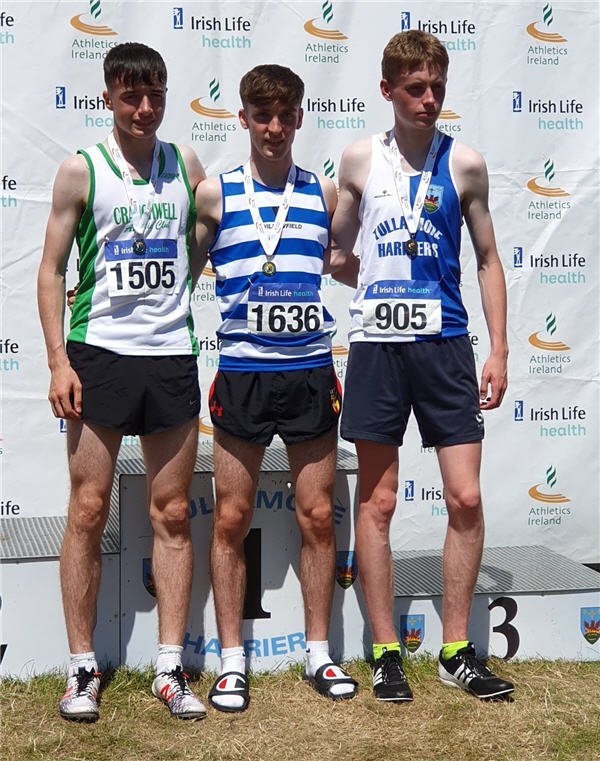 Sean Cotter silver medallist in the National U17 1500m

Also in action at the weekend, Laura Cunningham leaped to a season’s best of 4.89 to take 2nd place in the Senior Women’s long jump at the IMC meet in Drogheda, leaping off her less-favoured right leg for the last 3 jumps which resulted in the season’s best.