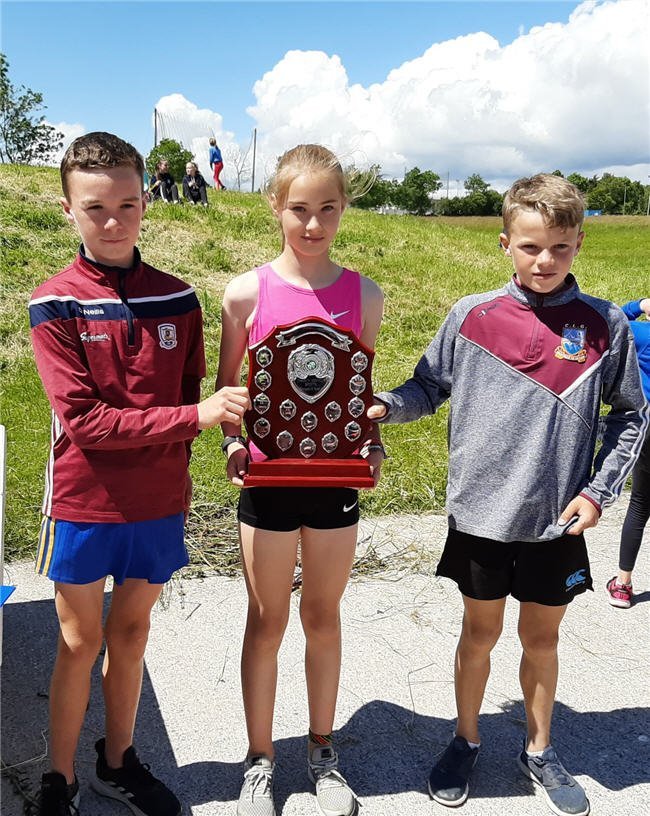 A busy week of athletics last week wrapped up with the Christy Kennedy Sports held at Craughwell NS on Thursday. Five local primary schools and over 300 children competed with distinction at the annual event including Ballymana NS, Carrabane NS, Clarinbridge NS, Coldwood NS and Craughwell NS.

Craughwell NS were victorious on this occasion, retaining the Christy Kennedy Shield which they won last year while Killeeneen’s B team won the trophy for small schools/B teams.

Points scoring on the day was very tight with the following the final tally of how the numbers crunched:-

Small schools and B teams competition

Well done to all participants!