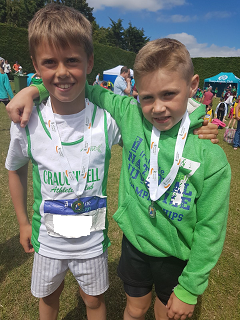 What a great show of talent amongst our U9/U11 athletes yesterday in the All Irelands Championships.

We go along to enjoy the day and hope for PB’s, which in all cases when pitched against the “best” in Ireland our kids certainly gave it their all..

One of my poor U10’s were plagued today (sick tummy from a school bug), which forced our “super” athlete Kathlyn to forgo all her events and our brave Emma to step in last min to 500m with Kelly (not an easy run but what a brave Girl !!) And Kelly stepped up to the mark to partner with Emma in long jump where together they did themselves proud with PB’s all round placing. This is a fantastic result considering they had just run 500m! SUch an effort showed their huge strength of character, not to shy away from a challenge.
Our relay team got shook up too , so again the girls went with the flow,  placing  4th in the heat just outside the qualifying time …what Brilliant Girls! 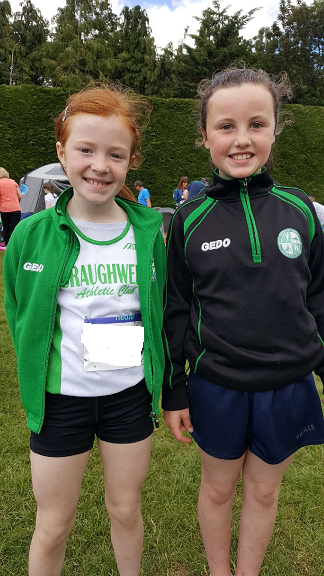 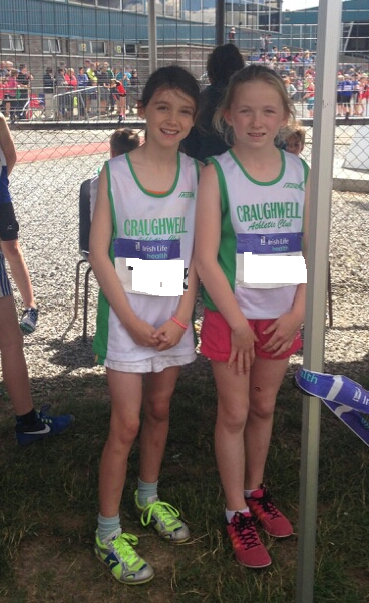 Our boys Ben/Dara missed out on bronze by a 8/100th of a second to place 4th (60m ) in Ireland; however, they were rewarded in the long jump by winning the Silver medal… The 2nd BEST in Ireland.!!!!! Dean and Sean jumped out of their skins to place 4th overall in Ireland…a massive achievement with massive improvements since the Galways!  Sean and Joseph threw the turbo brilliantly in what was an expert field! 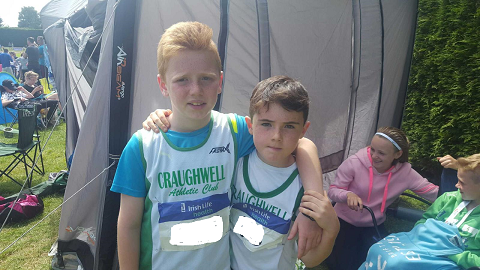 Alex and Keelan were also pitched against the fastest 500m runners and they held their own, never giving up right until the second they cross the line….always a  tough race !

As Ben struggled also with a sick tummy, the boys relay they still managed to qualify into the final where we had to draft a replacement for Ben; young Tom (U9) straight after his final..Tom raced to the finish in fine form against boys an age group older than him….Good on you Tom!

Ella and Hannah placed a brilliant 4th in Ireland  in U11 LJ  in what was a  very high standard and our  U9 Lauren and Saoirse, again 4th by a centimeter with Lauren having the biggest jump in All-Irelands  U9 of the day! …. cruel! 4th is always a hard one as its so close to that All Ireland medal..But to be 4th place against all our Irish athletes is as massive achievement!
So that’s a quick round up of what I gathered during yet another eventful day out! Well done everyone, very proud of you all ranking in the top 13 teams/pairs In Ireland!!  As coaches it a Pleasure to get part of your journeys , Thankyou for all yer hard work and fun loving characters !
Comments are closed.