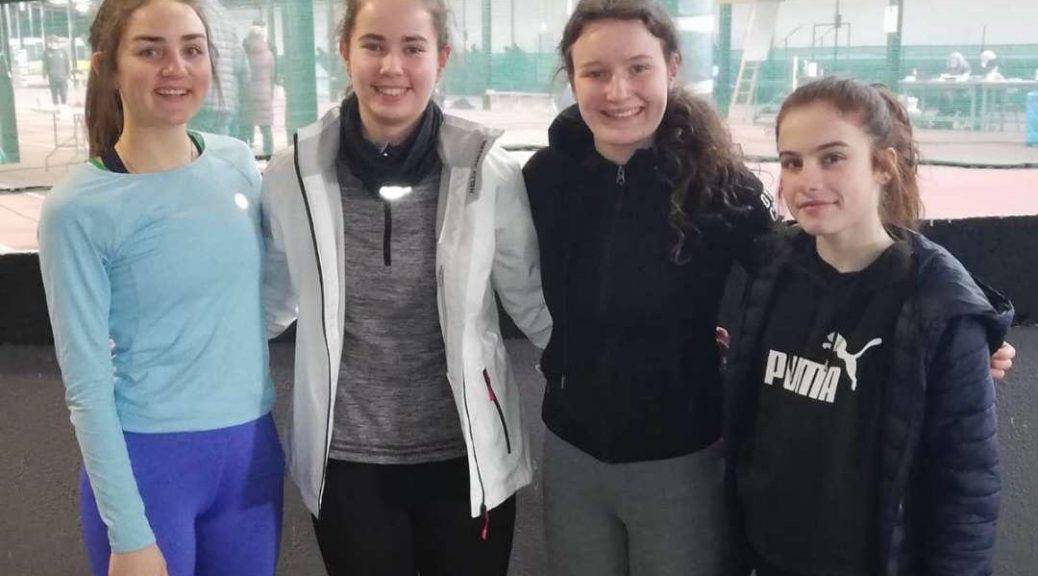 A small group of athletes from the club returned to compete in Nenagh Olympic’s fine indoor facility at the weekend – the first time in a decade that we have competed down there. Most of our indoor competition moved to the indoor arena in Athlone after it was opened in late January 2013.

Nenagh have expanded their facility in the intervening years, adding an L-shaped extension which accommodates high jump, pole vault, shot putt and a small gym – a super facility envied by most clubs in the country.

The Tipperary Senior Track & Field Championships were being held on Saturday and welcomed guests so a few of our high jumpers from our U18 training group made the journey down as did some of our masters sprinters.

The unfamiliar surrounds of the U-shaped high jump runway worked against our athletes a little and all were down on their personal bests but nonetheless it was a great experience and the first competitive action this year for our jumpers. Jade Moorhead placed 3rd in the competition with a 1.55m leap, sailing much higher than this on each jump but just chopping her corner on the way in which made it difficult to get clear of the bar on the descent. Siofra Davis and Leonore Church likewise found it hard to get their rhythm with Siofra clearing 1.45m and Leonore 1.35m.  Eva Kelleher taking part in her first ever high jump competition had a super debut with a 1.45m leap. Even though the jumpers found the U runway unfamiliar, it was great experience as its good to get accustomed to jumping in different setups and be able to deal with a different environment.

Some of our masters sprint group were also in action on the day with Ronnie Warde, Cormac Kearney and Brian Malone taking to the hallowed lanes of the Nenagh track. I don’t have the sprint times but will update here when published. Cormac mentioned to me that he held the dubious honour as an U14 of being the first athlete to be DQed from a sprint in Nenagh after the IAAF changed the false start rules to immediate disqualification after 1 false start rather than 2 false starts per athlete. Another record for the club!