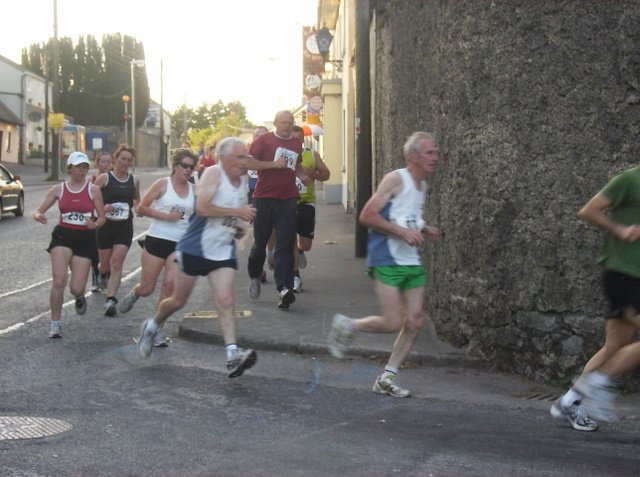 Next Friday is the day to mark in your Diary.  If you don't get to a computer on that day then your summer could get off to the worst possible start….

Six Galway Athletics Clubs will once again come together to organise a series of low-key, no-frills 5km roads races around the county on six consecutive Tuesday evenings from the 27th of April 2010 through to the 1st of June 2010. The Athenry, Clare River Harriers, Craughwell, Galway City Harriers Loughrea and Tuam clubs have organised a similar series of races for the last four years and the initiative has proven very popular. As usual the races will take place on Tuesday evenings at locations around the county and will culminate in the final race evening in Galway City on Tuesday the 1st June. The now traditional social evening and distribution of series t-shirts and spot prizes will follow the final race.

As in previous years these evenings are specifically designed with the beginner in mind and are perfect for the many members of the Fit4Life groups that have become established all around the county. Runners of all standards are welcome to take part.

The race dates venues and start times will be as follows,

There are a few small changes from previous years so please read the arrangements given below carefully.