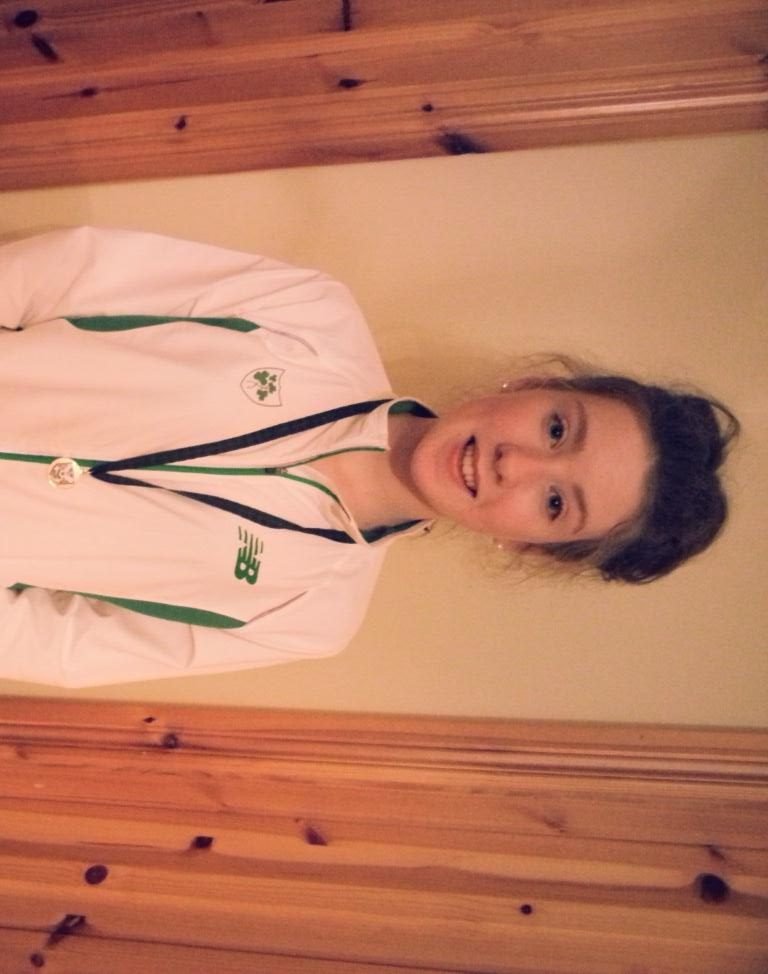 Sineád Treacy competed powerfully in her first Irish international at the Schools Pentathlon in Glasgow at the weekend. Sineád recorded personal bests of 9.69 in the hurdles and 1.42 in the high jump along with 5.13 long jump, 5.08 shot putt and 2.29.89 in the 800m for a total of 2807 points. Sineád combined with the other members of the Irish team to seal the gold team medal ahead of Scotland, England and Wales.

Sineád is the club’s current senior record holder for 100m, 200m and long jump in outdoor track & field and in indoor 60m and 200m. Having qualified for the internaional a year out of age and in only her second time ever competing in the pentathlon, it was a major achievement for Sineád to make the international team and fantastic to come home with a gold medal against the best from these islands.