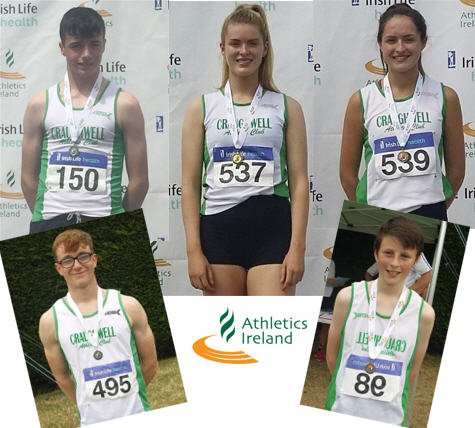 The final day of the National Juvenile Track & Field took place yesterday in Tullamore where again athletes from the club performed with distinction.

Highlight of the day was the U19 Girls Triple Jump where both Laura Cunningham and Lorraine Delaney both excelled to place 1st and 3rd in the competition with a marvellous string of jumps. For 2 athletes from the club to medal at National level in the same competition is a fantastic achievement. Both girls achieved this in the U17 triple jump 2 years ago and the only other times the club achieved it was many years ago when Tomas Keehan and Niall Rooney both medalled in the U16 boys high jump in 2008 and Cillian Doyle and Jerry Keary did likewise in the U12 boys high jump in 2011. 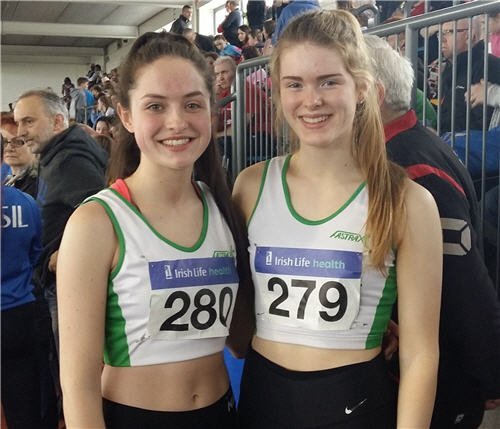 For Laura it was her second time becoming a National champion having won the U18 Triple Jump last year but this year it was a much tougher battle with Laura lying 2nd after 4 rounds and having to dig deep to pull two title-winning jumps out of the bag on the last 2 jumps. Her 6th and final jump of 10.58m was the best from a very determined athlete who made sure her last juvenile competition was one to remember! And it more than made up for her disappointment earlier in the day when Laura cleared 1.50m in the high jump to place 4th but lose out on a podium place on countback of knocked bars. It was a great test of character to bounce back from that and win the triple jump 3 hours later.

Lorraine was in an equally uncompromising mood on her last appearance as a juvenile. Having placed 4th in the triple jump on a number of occasions in the last 2 years, Lorraine was lying in 3rd place after 3 jumps. On the 4th round, she fouled her jump as she wasn’t going to make it into the sandpit – something that can often unsettle an athlete. She slipped into 4th place in that round but on her 5th attempt went all out on the run-in to hit the board and record a super 10.12m to move back into 3rd place, a position she held through the final round. So 1st and 3rd place and the end to a fantastic decade of juvenile competition for both athletes where they routinely won Galway and Connacht titles and this year between them won 10 National individual and relay medals. 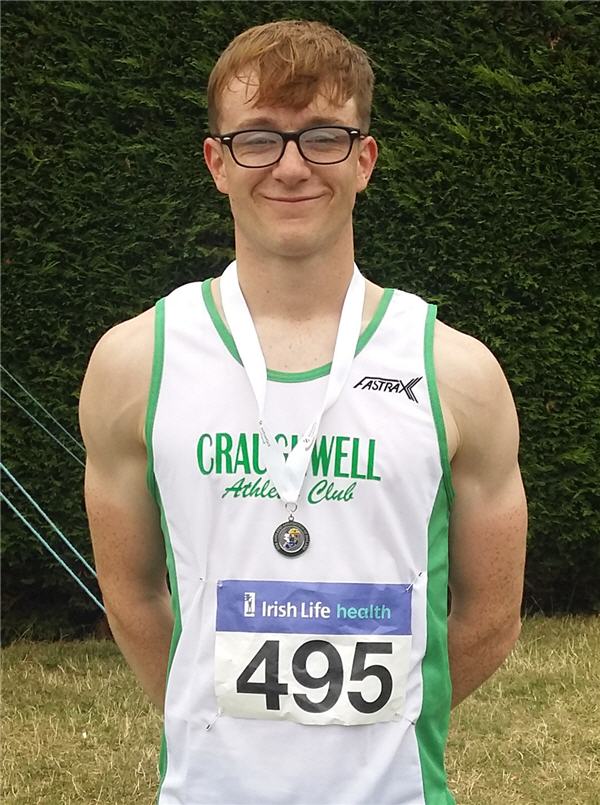 It was a superb day also for Daniel Callanan-Forde who leapt to the silver medal in the U19 Boys Triple Jump with a leap of 12.93m. Again it was Daniel’s last time in action as a juvenile after a decade of competition – 10 years in which he won countless National medals including National Champion as an U13 in the 60m Hurdles and many National triple jump and long jump medals along the way as well as a few broken bones in the National long jump one year!

And the assembly line of jumping talent in the club was very much in evidence later in the day where Lukas Schukat was competing in the U15 Boys Triple Jump. New to the event, Lukas put in a superb series of jumps to leap 3 personal bests of 10.14m, 10.20m and 10.41m to take a super bronze medal and in the process set a new club record for this age group. Again it was a nice reward following on from his 4th place finish in the high jump the previous weekend. 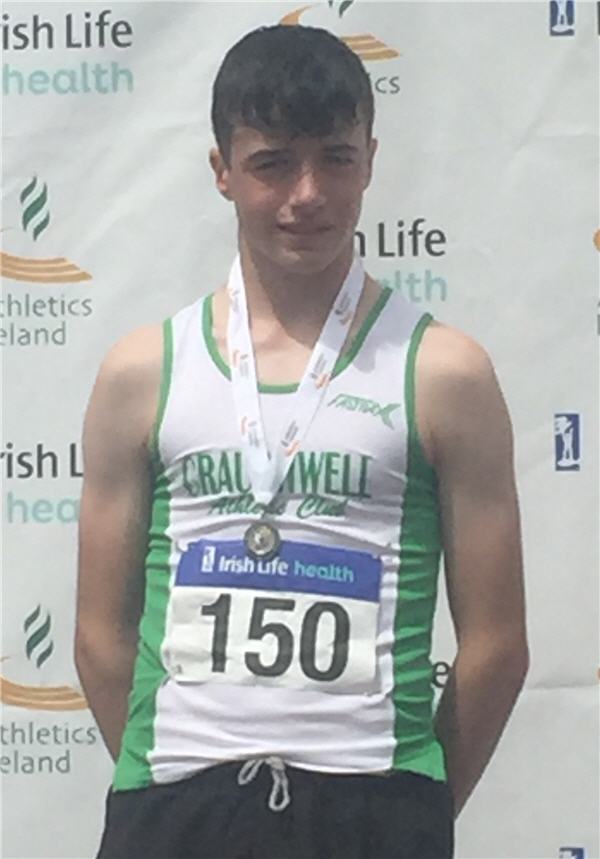 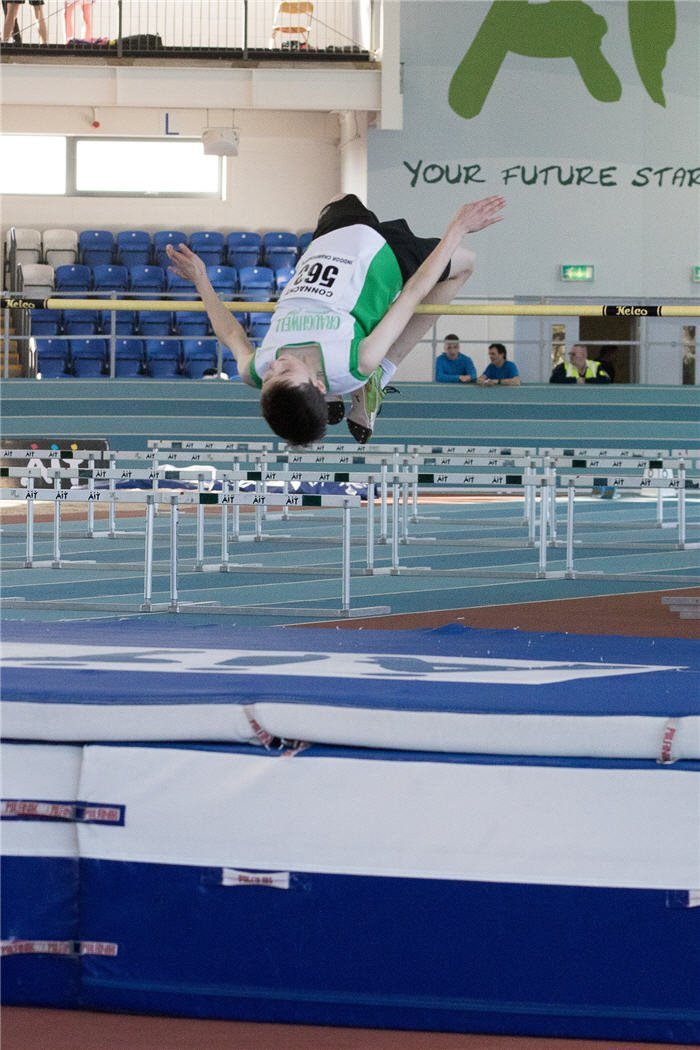 Final medal of the day and perhaps the most riveting came from Sean Cotter in the U16 Boys 1500m.With a strong pace set by the early leaders right from the gun, Sean was sitting mid-pack in 8th or 9th place for the first few laps, sticking like glue to lane 1 to minimise the distance run (a 1500m race ran in lane 2 is 27 metres further!). In a very congested pack and displaying a race maturity beyond his years, Sean made his move with 500m to go – pushing near the front and getting into second place at the bell and holding that place in a fast finish to take the silver medal in a super time of 4:17.26. This was Sean’s third National medal of the year having won bronze in the indoor 800m and silver in the 3000m last weekend – a super year for him. 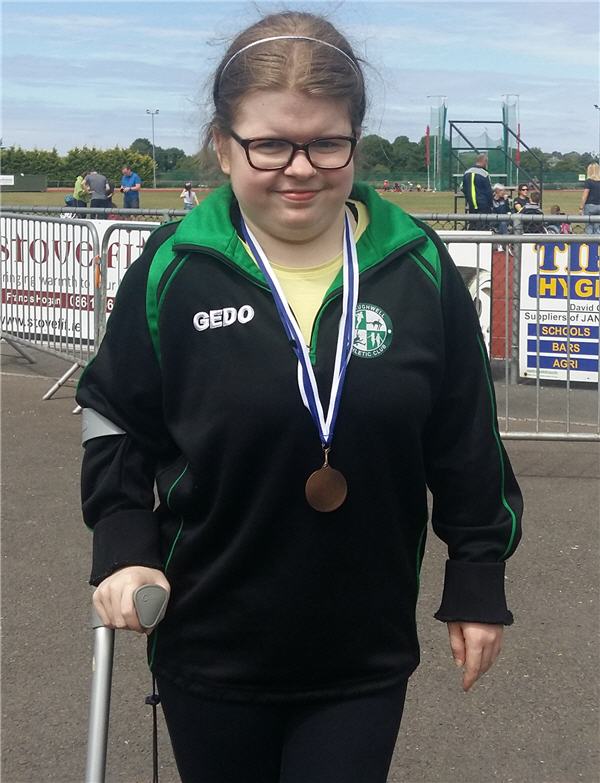