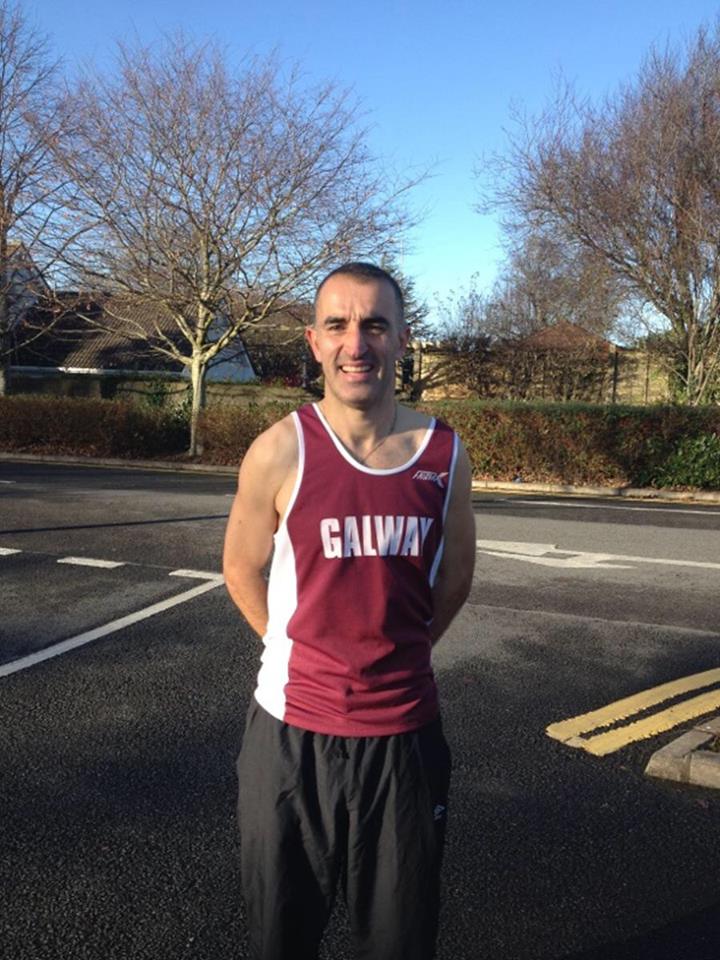 In the National Inter-County XC, Rob and Ollie made their debuts – both had smashing runs, both finishing in scoring positions of 4th and 5th in the Galway team respectively and well up in the field.  There’s a surprising lack of pictures from the event on facebook – Rob send on those pics lad!  In the meantime here’s a shot of Ollie unmuddied proudly wearing the Galway singlet for the first of many times:

Ollie found the going tough, but showed his mental strength to hold the pace for the full 10km and finish with a very solid poisition of 89th in an impressive 36:45. 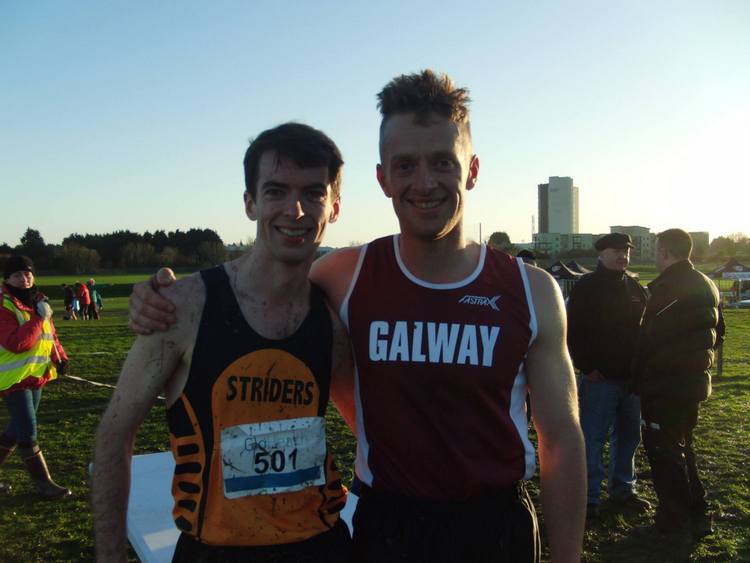 Rob Hogan, (pictured above with the days winner Paul Pollock), showed that he can also run on surfaces stickier than an Oregon golf course with a fine time of 35:36 and a 76th position.  Afterwards Rob said the thing that stuck with him was how important the start is in XC – when he found his position it didn’t really change for the remainder of the 10 kilometers, how true it is!

Over in Nottingham, UK Peter defied a chest infection to score 3rd on the Silver medal winning Irish M40 team. This was a fantastic run in the circumstance from the tough Rowveagh man, and continues his long record of medalling in the event.  Ireland actually took Silver medals across the board, which shows the relative strength of the Irish veteran running scene. 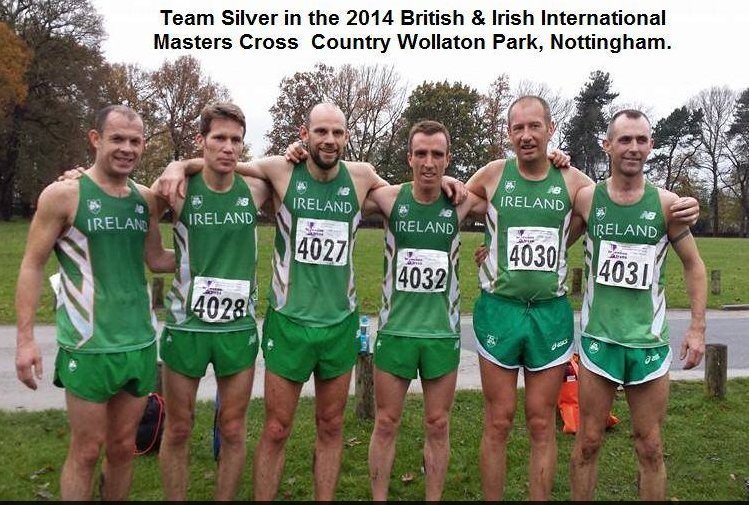 I’d just like to mention again how impressed I was with the Junior performances from the weekend – Jamie and Neil had absolutely storming runs, Damian continued his strong level of performance and Paul Joyce also did amazingly well for a man that hasn’t been training to his usual level this year.  I hear Paul has just passed his driving test so no excuses not to make it to training now Paul!! 😛