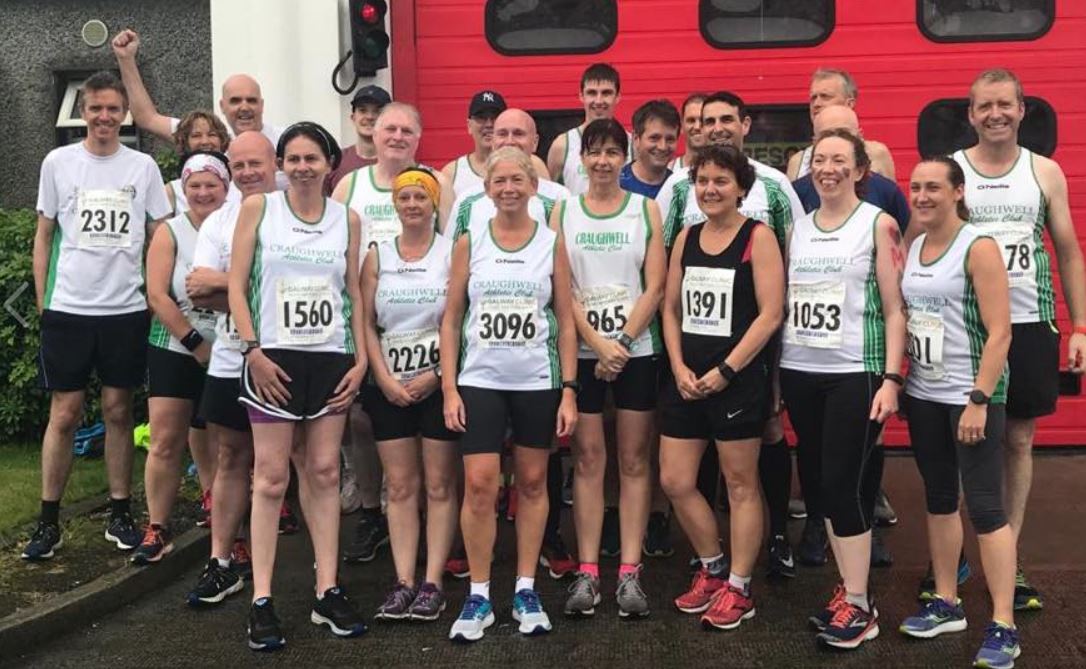 Craughwell had a great day out at the Streets of Galway 2019, with several people claiming PBs and several prizes.  The morning was hideous but by the time the race started it had eased to welcome drizzle and the muggy heat had faded, making for ideal running conditions.  In the team competition, there were several strong outfits in play including Ennis Track (regular winners), an impressive Castlegar crew, Loughrea led by Cathal O’Reilly, South Galway AC, GCH as always strong, Sportsworld and others.  Craughwell had a healthy mix of old and young and were not too far off the team prize at the end, pushing a top-class Ennis team very close.  Still – 2nd men’s team was a savage result in this field – in fact 20% of the top 25 runners in the were from Craughwell and we took 3 prizes!

First home for Craughwell was Jamie Fallon who ran a very smart race to finish in 26.24, falling back at 5km to cool off before a smart push to the line.  Jamie is early in his build-up, and looking forward to the cross country!  He just pipped the hugely talented Kevin Mooney on the line in a finish so tight that the timing initially got them the wrong way around in the results!  Kevin is coming back from a break and is building really nicely, he missed Dublin marathon due to a cycling injury, but has plenty to look forward to – not least his wedding (Congrats Kevin and Orla on that!). 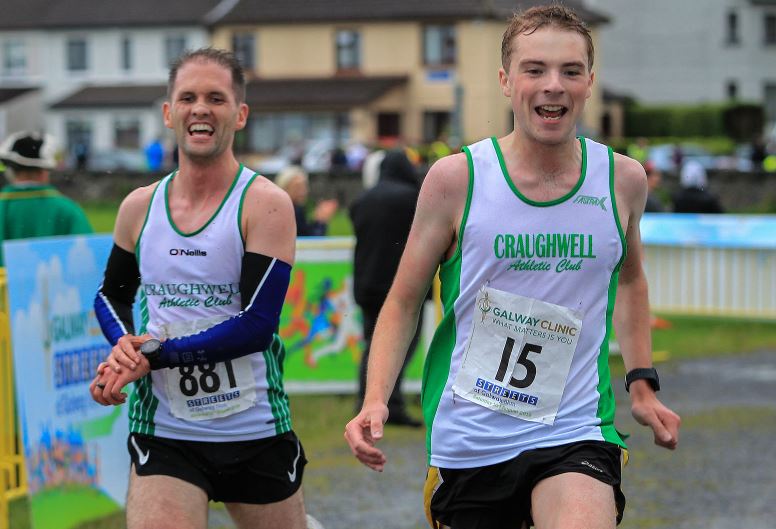 Next home for Craughwell was Mark Davis (1st o45) in 26.56 closely followed by William Fitzgerald (2nd Junior) in 26:58.  It was a great run from William who felt super-comfortable (unlike me!) and given time, there’s no telling how good he will be!  Jack Miskella was 5th for Craughwell – after a year of focusing on (and taking club records at!) 800m and 1500m, 8k was probably a shock to the system, but Jack had a brilliant run to smash 28 minutes with a 27:47. 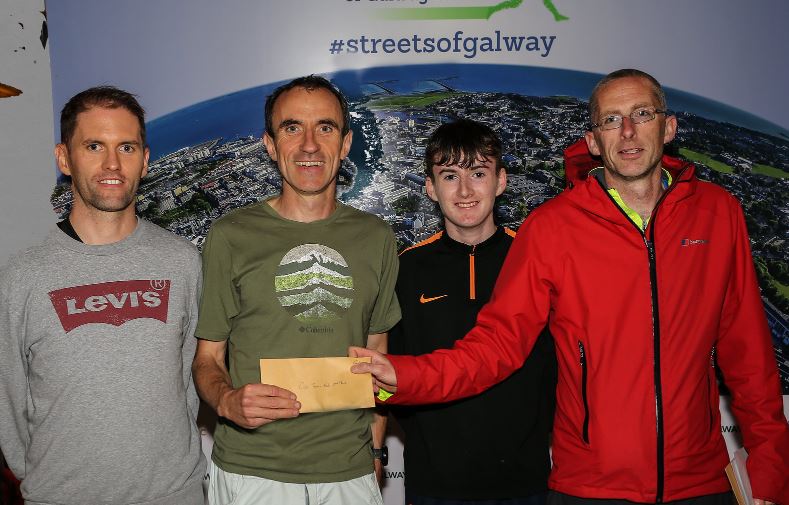 Everywhere you looked there was green and white, so we’re from quite a fit village!  Brian Matthews beat his time from last year with less training,  Stephen Carty, Gavin Cooney, Brendan Treacy, Mark Campbell, Ollie Niland, Colm McAllen (pb), Reena Deely, Margaret Murphy, Laura Porter, Sharon Gilligan, Irene Fallon, Gerry Treacy, Brenda Casey, Aoife Mullane, Geraldine Fallon, Siobhan Gohery, Julie Gallagher and Marita Carolan all were listed in the results, but there were plenty others running that weren’t listed against the club and I couldn’t be bothered scrolling through the names to see the ones I recognize!!  One notable one is the distance coach, Lisa Thomas who had a great run herself in addition to coaching the 2nd Junior!  Well done to all, and to GCH on an impeccably organized event.

As usual, John O’Connor has the definitive set of pictures on his website (album 1, album 2, album 3). 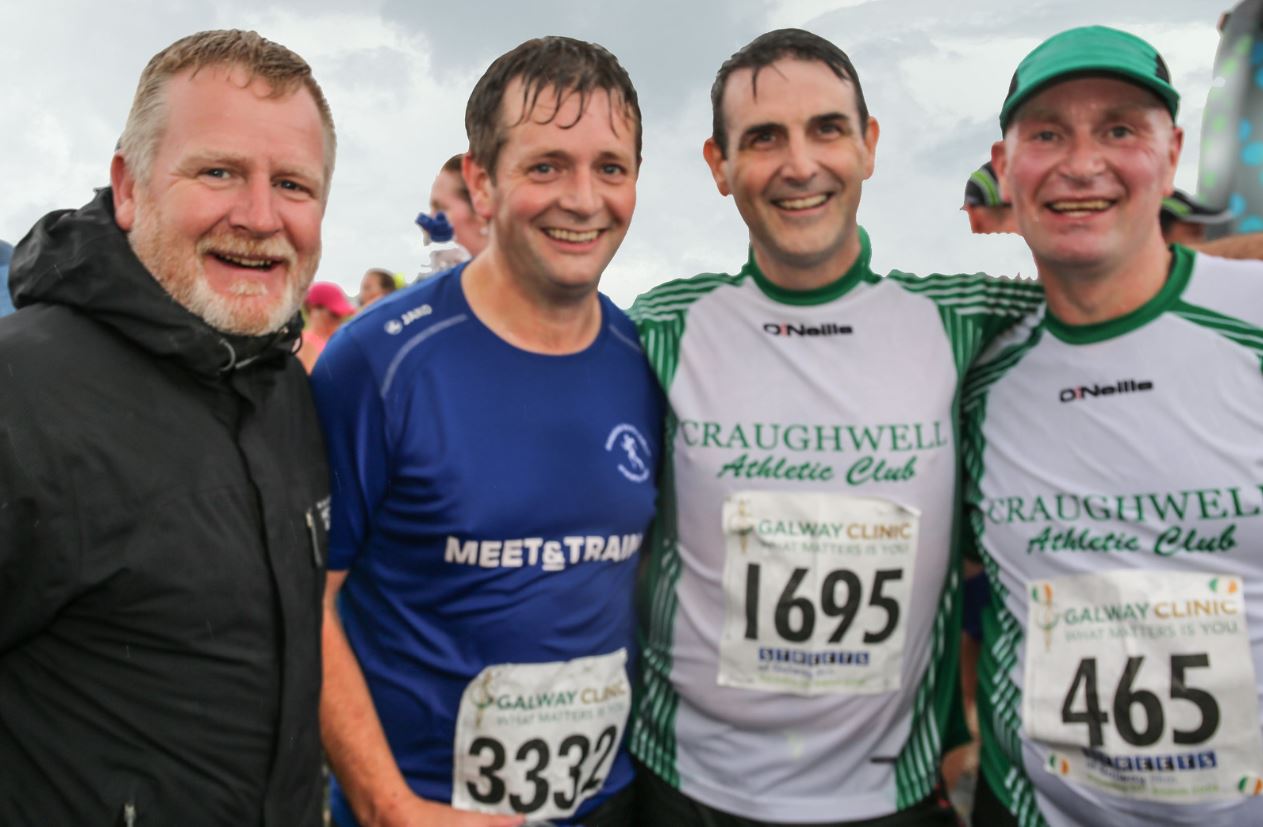 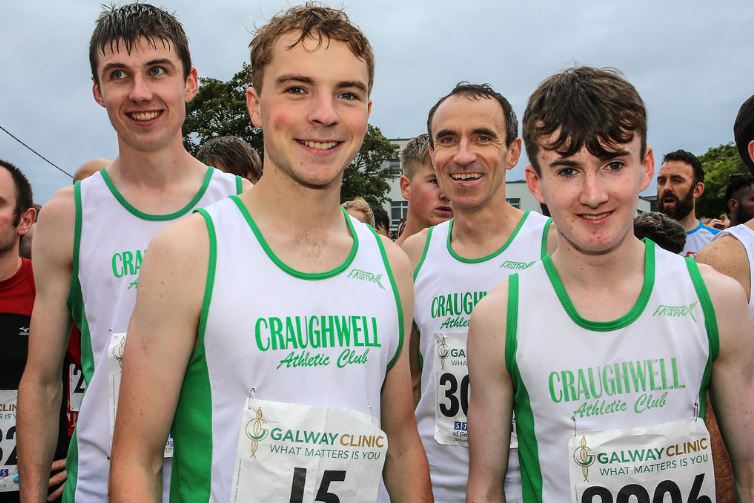