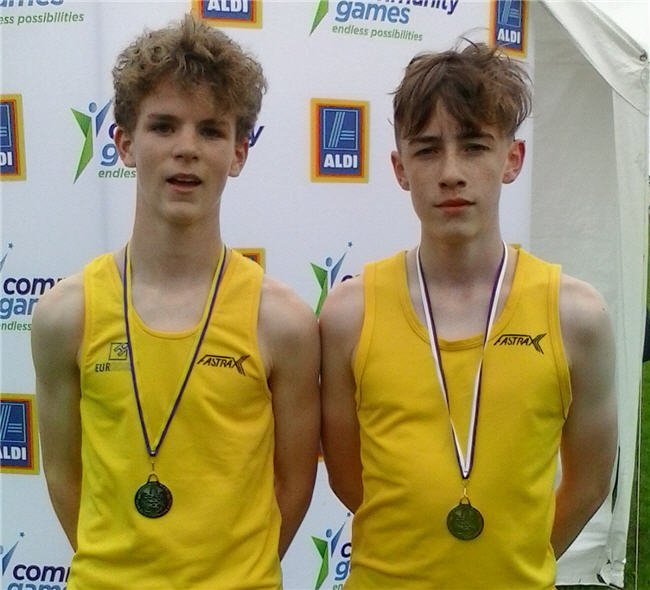 The customary June bank holiday trip to Ballinderrin arrived again yesterday with the 2017 Galway Community Games finals. In its 2nd year of the 1-day format, it’s a far more suitable format as I think participation suffered in previous years if people had to give up their full holiday weekend.

Athletes from the club and from the parish had another wonderful day out, none more so that Finbarr McFadden who powered to victory in the U16 1500m in his final year of Community Games with Kyle Moorhead a strong second only a day after running a 2.11 PB in the 800m at the Irish Schools Track & Field finals. 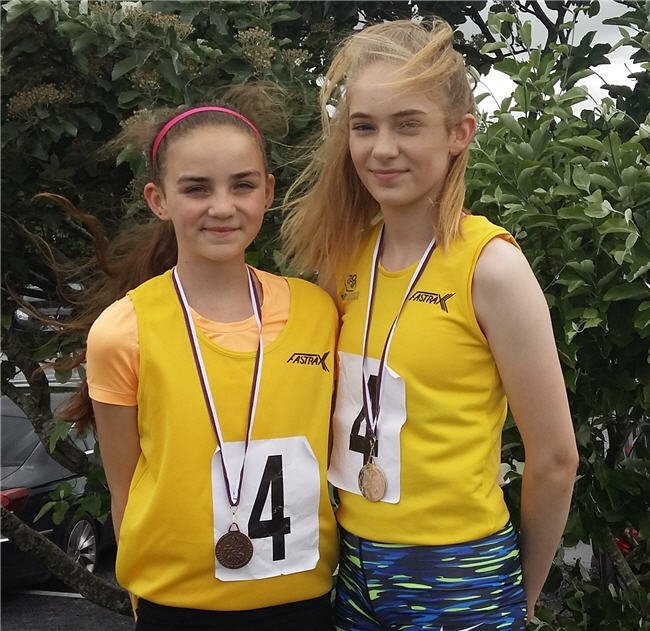 In the U14 grade, Ava Finn leaped to the Galway title in the long jump while Jade Moorhead had some fine jumps t take bronze in the same event. Fauve Aylmer was unlucky to finish just outside the medals when taking 4th place in the U14 Girls 800m. But Fauve was on a high from an hour earlier when in the U13 mixed relay, the Craughwell team of Ryan McDonnell, Fauve, Jade Moorhead, Evan Hallinan and sub Erin Kelly powered to victory in their 4x100m to claim the Galway title. Rebecca Lynch made it a good day in the U14 grade victory in the U14 Girls javelin. The U14 80m Hurdles saw some fantastic performances with Siofra Davis taking 4th place by less than a metre from the bronze medallist and in the boys race, Conor Hoade (Oranmore) took a narrow victory ahead of Robert Urquhart in 2nd place and Evan Hallinan taking 4th place just a metre from the medals. 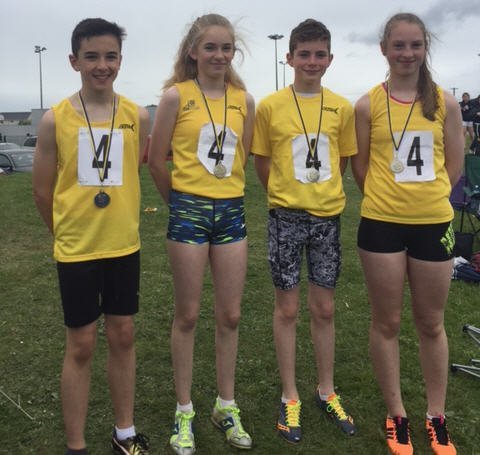 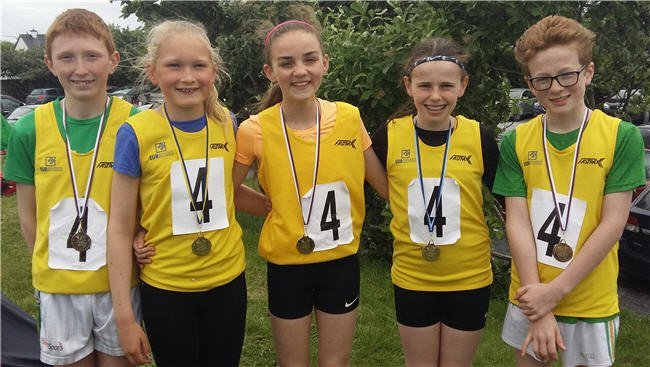 In the U12 grade, Niamh Duffy and Sarah Byrne had a series of splendid runs to make the final with Niamh just missing out on the podium with 4th place in the final and Sarah unlucky to get a bad start in the final and take 7th place. Tara Morgan and Adam Jordan came very close to the medals with each placing 4th in the U12 ball throw. The U12 boys placed 4th in the semi-final of the u12 4x100m with their of Evan Moran, Jamie Collins, Adam Jordan, Cormac Mc Fadden and sub Darragh Kelly. In the U12 600m Evan Moran and Cormac McFadden placed 5th and 7th in the heats and Evan went on to put in a fine run to place 5th in the final.

In the U10 age group, the mixed relay team of Lauren Morgan, Kelly Hallinan, Ben Moran, Paul Barry and subs Katlyn Walsh and Jason Greaney placed 3rd in the heats. Lauren and Jason placed 4th and 5th in the heats of the 100m sprints. Katelyn and Paul battled hard in the heats of the 200m but didn’t progress further while Keelan Moorhead made it out of the heats and semis into the final where he placed 5th. In the U10 60m hurdles Kelly Hallinan made it into the final where she placed 6th while Ben Moran won his heat and suffered the misfortune of slipping at the very start of the final and ended up placed 5th in the final. Sean Hoade (Oranmore) had a super run in the final to take the silver medal.

And in the U8 grade, there was plenty of excitement with Alan Hallinan taking the bronze medal in the final of the U8 60m and Callum McMahon placing 5th in the U8 80m final. Remy Aylmer had a fine run to make it through to the semis of the U8 80m.