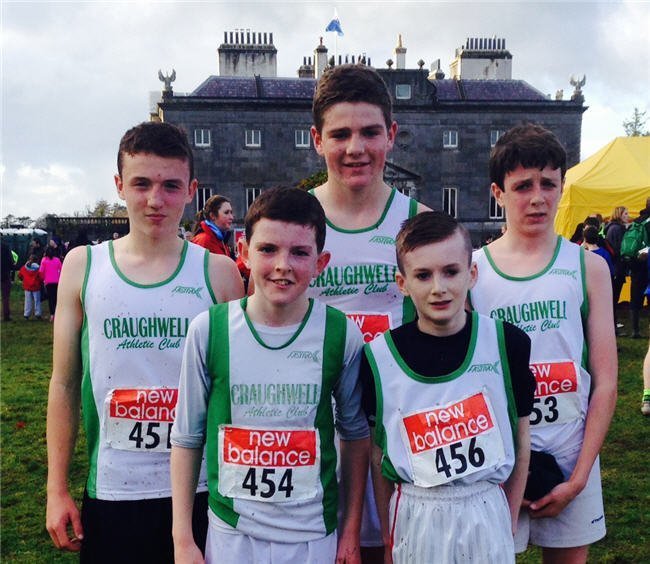 It was back to good old-fashioned cross-country at Westport House today for day 2 of the Connacht Cross Country Championships. While a run in the park at Westport House may have sounded easy, they never told us about the hills! It made the challenging Loughrea course seem flat! Well done to Mayo and Westport AC on hosting a terrific event!

Our U11s were first into action in the 1500m race. Caoimhe Connolly was our leading runner and despite a fall on the slippery Himalayan slopes on lap 2, Caoimhe had a fine run to place 10th and lead the Craughwell AC team to team silver with 66 points. Caoimhe was followed closely by Emily Miskella in 14th and Saoirse Moore in 16th (battling bravely despite carrying an injury). Rebekah Flynn had a strong run to come in next in 26th place with U10 trio Aoibhe Carr, Jade Moorhead and Katie Scully next in 31st, 33rd and 41st place. 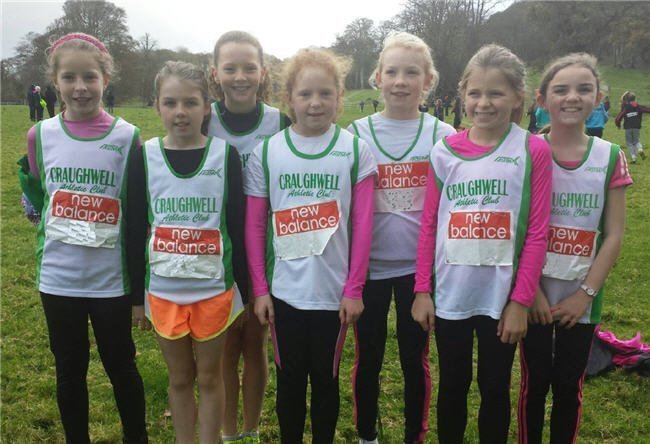 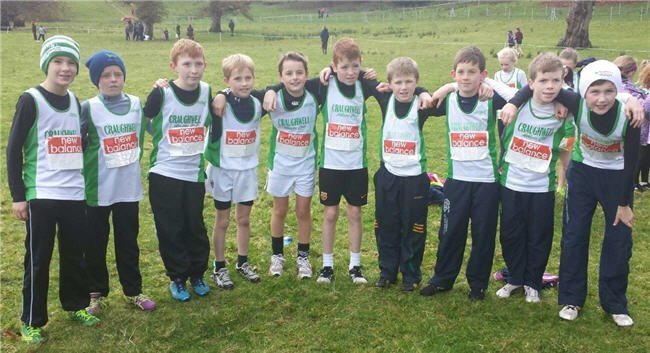 The U11 boys were next into battle in their 1500m where Adam Stewart had a truly outstanding run to take a fine individual silver medal. Adam had raced well in the primary schools cross country but having missed the Galway championships, thus had never raced this distance before. But it didn’t matter a bit as he put in a spectacular performance to take home the silver. He led the Craughwell AC team to 4th place and 86 points with Conor Hoade 19th, Evan Hallinan 22nd, Darragh McCartin 43rd, Luke Flynn 44th, Liam Mulveen 49th, Eoin Byrne 50th, Fabian Fleetwood 57th, Noah Keane 58th, Joshua Ryan 61st, Mark Egan 69th and Ben Brady 73rd. 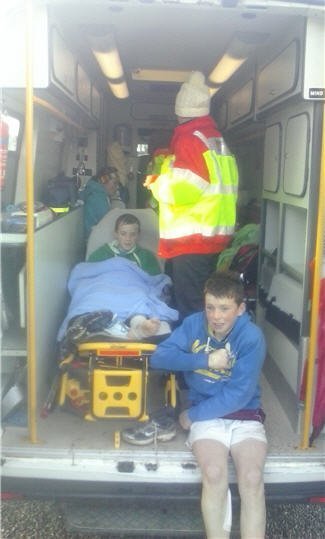 In the U13 girls 2500m, Ailbhe Miskella had a superb run over the hills to take 12th place and earn her place on the Connacht team (the top 12 in each race make the Connacht team for the All-Irelands). Mia Waters raced strongly to take 20th place with Sarah Woods and Aoife Kelly also having good runs in 38th and 42nd place.

The girls finished in 4th place with 112 points, just outside the medals.

A strong performance in the U13 boys 2500m saw Kyle Moorhead take 11th placed followed closely by Gavin Lee in 13th, Sean Cotter 15th and Sean Cannon 16th. Liam Leen had amazing last 200m to gain a lot of places and finish next in 17th followed by Finbar McFadden in 25th.

Sean Connaughton was unlucky to take a bad fall on the hills and the Galway champion was forced to withdraw from the race. The boys score was good enough to take both the club and the county silver medals – all 6 lads featuring as the scorers on the county team.

Some of the U13 lads receiving post-race treatement in the ambulance pictured across!

In the U15 boys 3500m, Oisin Lyons put in a great effort at the front to battle it out for the lead and eventually have to settle for 2nd place and the silver medal. Oisin was followed by an exceptional run from William Fitzgerald who stepped up an age to finish 6th.

William was followed closely by another strong run from Conor Lee in 8th place. Luke Finn and Gavin Forde battled bravely further back to place 19th and 20th and earn silver medals for the Craughwell AC team with 35 points.

In the U17 girls 3500m, Dearbhaile Walsh put in a storming last lap to take 5th place, followed closely by Caron Ryan in 6th, Grainne McDaid 8th and Ciara O’Boyle 12th – all having super runs over the tough terrain. The girls performance was strong enough to take club gold with 31 points and all 4 also scored for the county team which also took the gold medals. In the U17 boys 5000m, Jack Miskella made his return to competitive racing after a number of years absence and had a fine run to place 7th. Ben Vahey and Tiernan Burke also ran very well to place 10th and 11th, Ben pipping Tiernan in a sprint finish. Andrew O’Boyle had to withdraw midway through the race with breathing difficulties. 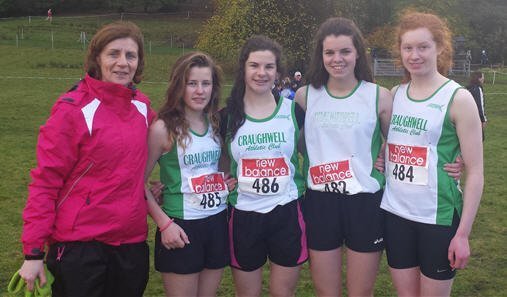 Ciara Greene had a terrific run in the U19 girls 4000m which took place at the same time as the senior women. Ciara took the individual silver medal. The Craughwell senior women’s team of Rena Deely, Niamh Flavin, Deirdre Devane and Louise O’Rourke battled it out in the same race, but at the time of writing results are not available yet for that race. The women found it tough but bravely tackled the Westport hills and fondly reminisced of the nice run in Bushfield last weekend!

UPDATE: The adult provisional results are available here and and the Craughwell women’s team placed 5th with Deirdre Devane claiming the bronze medal in the novice grade – well done Deirdre!!

Final competitors for the club were Damian O’Boyle and Conor Gillen who were racing in the U19 race which took place at the same time as the senior race. Damian had a fantastic run placing 2nd in the U19 race and also in the senior race while Conor continued his return to competitive racing form with a 7th place finish.