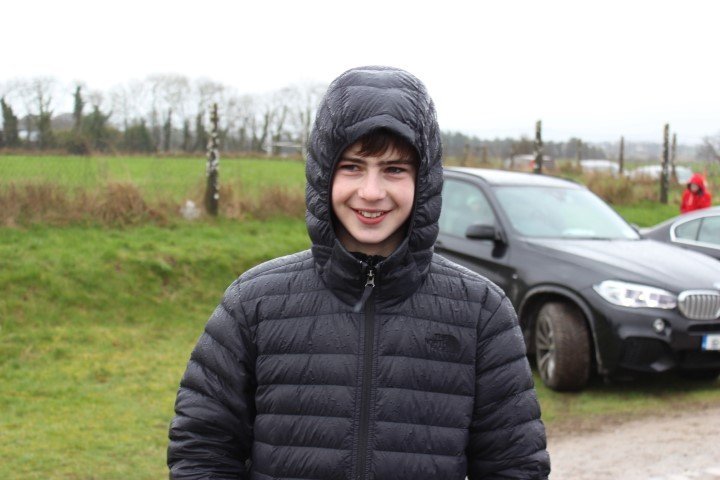 (Note: I was only able to be there for about an hour, and results will be a while coming out, so will update this article with more details as they arrive – if you have pictures or details of any craughwell athletes that competed let me know and I’ll update!!)

The conditions were baltic in Bushfield Loughrea today for the South Connacht Secondary Schools Cross Country championships.  Frozen sleety rain pelted the competitors and spectators alike but most people managed to stay in pretty good cheer!  The schools competition is not about clubs, but there is little doubt that Craughwell AC athletes did fantastically for their schools, with athletes winning many races and numbered among the top few in the others.

The day kicked off with the minor girls and Clodagh O’Meara had another exceptional run to come home in 2nd place.  This is another great performance from Clodagh following her recent personal best in the 800m.

Mathys Bocquet representing Calsanctius Oranmore won his minor race using his old-school style of racing.  Similar to the great Steve Prefontaine, the 2018 National XC medallist’s strategy is to start strong and keep building the pace from the front until his opponents fall off.  He took control of the race from about 500m and pushed on to a trademark dominant victory.  Not far behind Mathys, his club and schoolmate Cian Lavin ran a smart and brave race, holding 10th position all the way until the home straight where a great drive for home put him in about 7th or 8th overall. 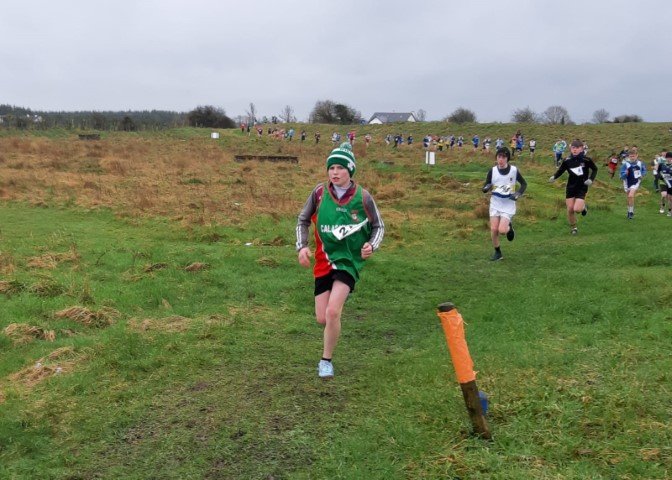 Fauve Aylmer of Raphaels Loughrea took control of the Junior Girl’s 1500m race in similar fashion to Mathys – the 2018 Connacht Champion taking the lead early and pushing home to a clear and confident victory.  Aoibhe Carr had a fantastic race and was not too far behind Fauve in second position, and Jade Moorehead also made the top 10 to I believe cinch the team prize for the Presentation College Athenry. 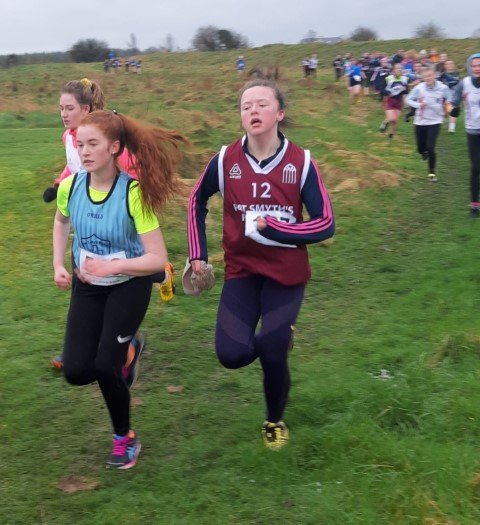 Evan Hallinan had a fine run in the Junior boys race – I didn’t get his position but when asked about the race afterwards he summed it up as “hard!”, but he looked to be running well when I arrived!. 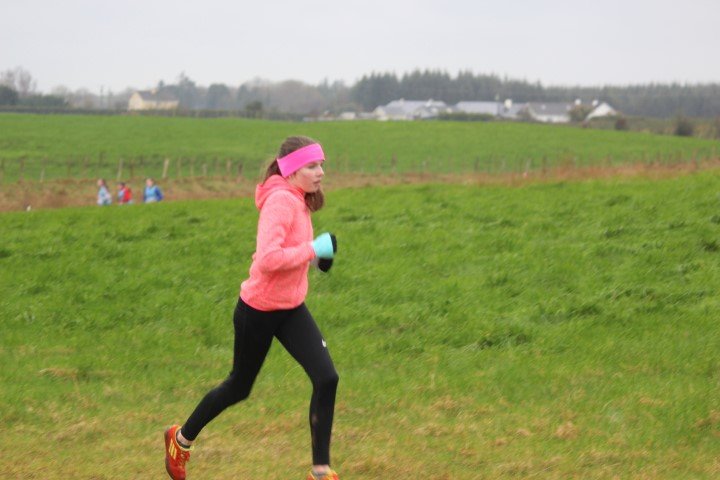 Next up was the intermediate girls 2,500m race, and Emily Miskella from PCA got off to a fantastic start.  Young for the age group, she was sitting nicely in 3rd place and looking very strong, fresh and in control of her race.  Unfortunately there is a wide range of ability in the schools XC and the leaders quickly lapped and mingled with the chasing pack after the first lap, making for a confusing task for the poor frozen marshals.  In the melee athletes ended up taking several different routes at junctions.  This impacted the top 4 in particular – I’m not sure what the result will be at the end but the mixup was very unfortunate and regrettable.  Regardless of the result, Emily ran a super race and it was a fine performance which deserved a medal.

In the intermediate boy’s 4,000m race, the team result was never going to be in doubt – the PCA team had 4 members of the very successful Craughwell 2018 U16/U17 XC teams (Ross McGunness, Kyle Moorehead, Luke Burke and Oisin Davis) and they duly won the first team place with ease for their school.  The 5th member of those Club teams, Sean Cotter of Calsanctius was back in the spikes after a rotten injury and in flying form.  In fact the leading pack of 6 or 7 pals were visibly enjoying themselves throughout the 4k run, running as a pack well clear of the field and in jovial spirits.  As the race entered the last kilometer, they broke with whatever unspoken pact they had and (led by Ross) ramped up the pace until an eventual surge for the line.  In the end 5 Craughwell athletes were in the top 7 –  Ross McGuinness was 2nd, Sean Cotter 3rd, Oisin Davis 4th, Kyle Moorehead 6th and Luke Burke 7th. 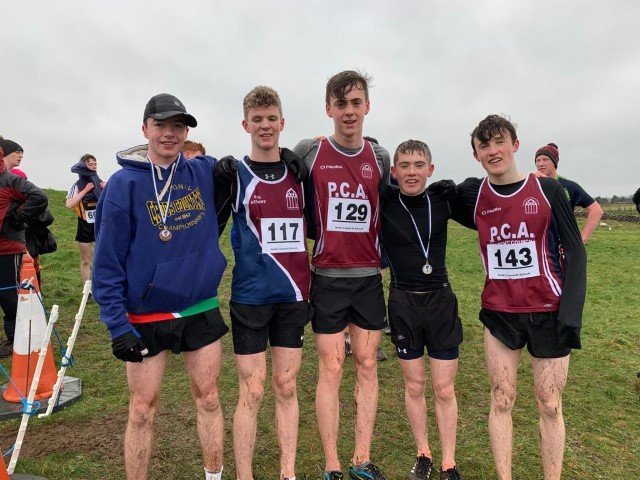 The Senior girl’s race featured Ailbhe Miskella representing PCA over a 1500m distance that is a little shorter than the Cross Country she is used to!  This time Ailbhe was very unlucky as she slipped on the increasingly muddy startline with a painful fall.  She bravely got up and ran the race out, but especially over the shorter distance she had little opportunity to get back her position – she still finished strongly well up the field.

Carrying a bad cold, Patrick Noonan had another brilliant race to finish second in the Senior boy’s race running strongly all the way.  His brother Sean Noonan also had an exceptional run, the Canoe Ireland award winner was right at home in the wet and windy conditions and closed the race with his trademark kick in a fantastic 5th position.