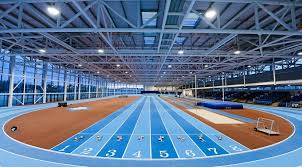 Katie O’Donoghue and Orla Ryan made a welcome return to the track, running excellent times of 8.44 and 8.81 in the women’s 60m. Ful results are here.

Next up on the indoor season is a busy weekend in mid-January with the Galway indoors on 13/14 January in Athlone and the first round of the National League on 13 January in Dublin.

I can’t conclude this article without a brief mention of the fantastic performances at the National cross-country yesterday in Waterford with the highlights being 3 top-10 placings with Caron Ryan 3rd in the U19 Girls 4000m, Ben Ryan 8th in the U17 Boys 5000m and Sean Cotter 5th place  in the U15 Boys 3500m. Lisa will be posting a full report from an exciting day at Waterford IT. Massive well done to all of our athletes who took part in what is the toughest competition of them all.