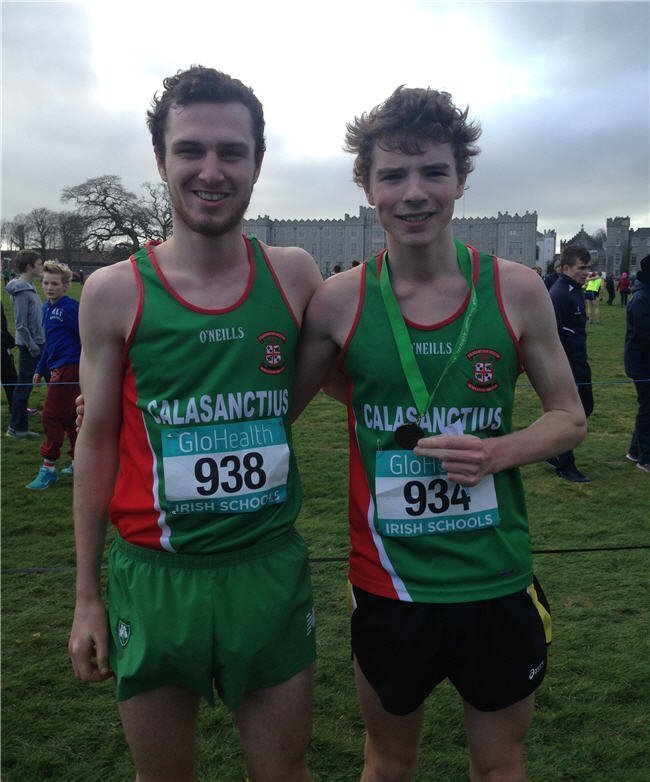 Jamie Fallon (representing Calasanctius Oranmore) raced to his greatest performance to date when claiming the bronze medal in the senior 6500m at the Irish Schools Cross Country which was held in Clongowes Wood College at the weekend. Holding 4th place throughout much of the race, Jamie moved into 3rd place on the final lap and held that position for possibly the best performance from a Galway distance runner since the legendary Paul Donovan won this title in 1981. A group of 6 athletes broke from the pack in the early stages of the race and the on-course commentator gave a running commentary on them for the remaining laps, omitting to mention Jamie initially, then mentioning the man from “Calasenteese” who was in second place at the time and finally someone later having a whisper in his ear and Jamie became the ‘cousin’ of the great Jimmy Fallon :-).

Damien O’Boyle also had a fine run in the same race when taking 24th place. In the junior race, Oisin Lyons was another Calasanctius student to have a fantastic run when placing 5th in his 3500m race and in the process claim his first international vest for the Schools International which will be held later this month. Having played a Connacht Cup soccer final the day before (winning 6-3 incidentally), it was a super run from Oisin. He stuck with the leading group of 6 for the first third of the race and then got caught in no-man’s land for a while between 2 groups of 5 before the 2nd group caught up. Oisin battled hard at front of that group and they caught the trailing runner on the lead group on the home straight with Oisin holding on for a fine 5th place.

Also in action at the same venue, Neil Greaney had a good run in the Universities Cross Country to place 33rd as part of a strong DCU team which took team gold. 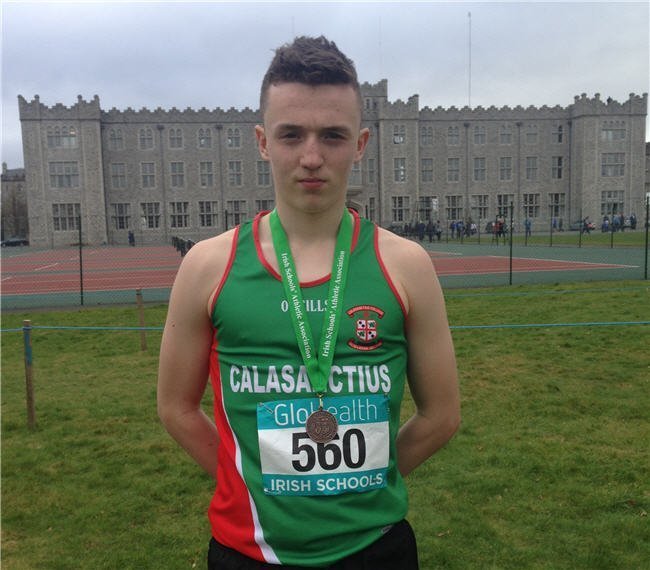